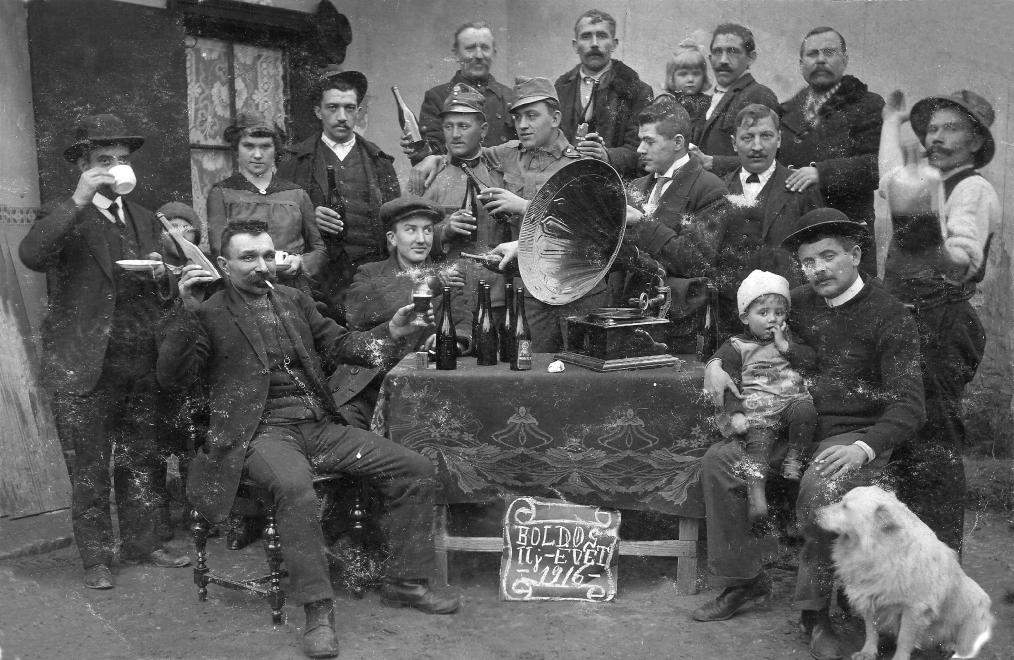 Thanks to Fortepan, we are able to travel back in time to some extent and get a glimpse of how our ancestors celebrated the New Year’s Eve and how they said goodbye to the old year. From the following selection of pictures, you will see soldiers on the front, writers, and chimney sweepers toasting on the roof of a building. This time-travelling experience will take you back to 1916, and you will see that Hungarians always celebrated the new year in style.

You can see the original gallery at Lokal.hu.

If you like History, you should check out THIS article about the origins of Hungarian skiing.

The first two of these pictures are interesting because it was taken during WWI. The first one looks to be taken inside a typical Hungarian farmhouse or a village tavern. The event seems like the village folk invited two soldiers or officers to be their guest for their New Year’s Eve celebration. The sign on the bottom wishes for a happy new year and the date under it is 2016. Unfortunately, I am not an expert in history, but I think that it was a great celebration as the gramophone on the table was probably not that common. 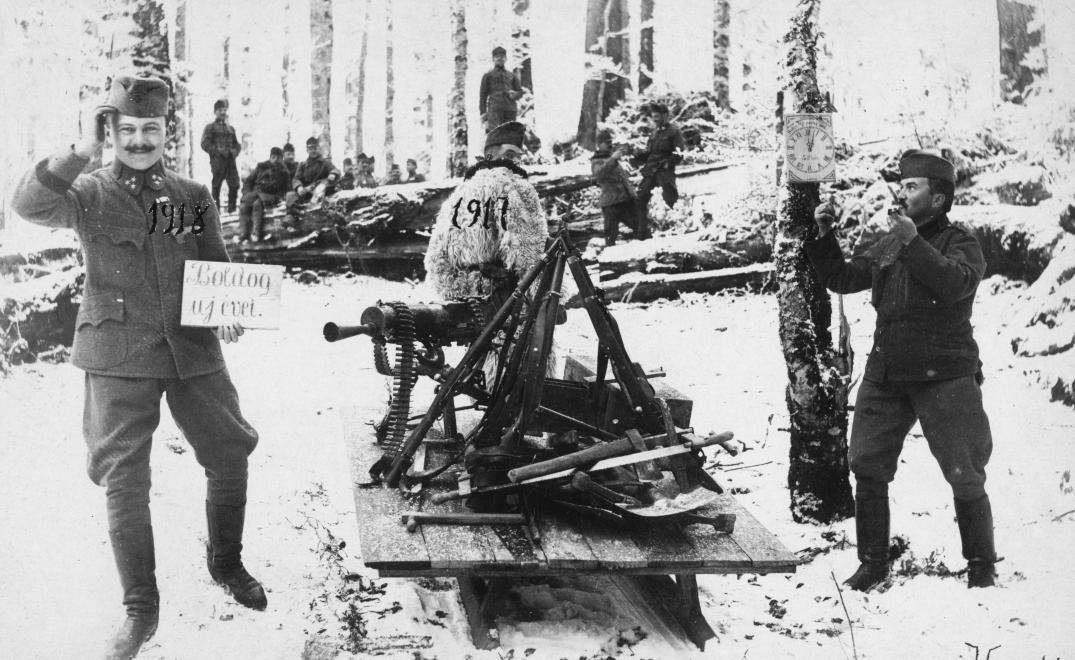 In this picture, two soldiers are comedically posing for the pictures next to a stack of weapons and equipment. I am pleased to see that the soldiers could forget the cruelties of the war if only for a short period, where they celebrate a little bit together with their comrades. The officer on the left looks to be very happy about the coming of the new year, and if they knew that it later meant the end of the confrontations, they would have been probably happier. 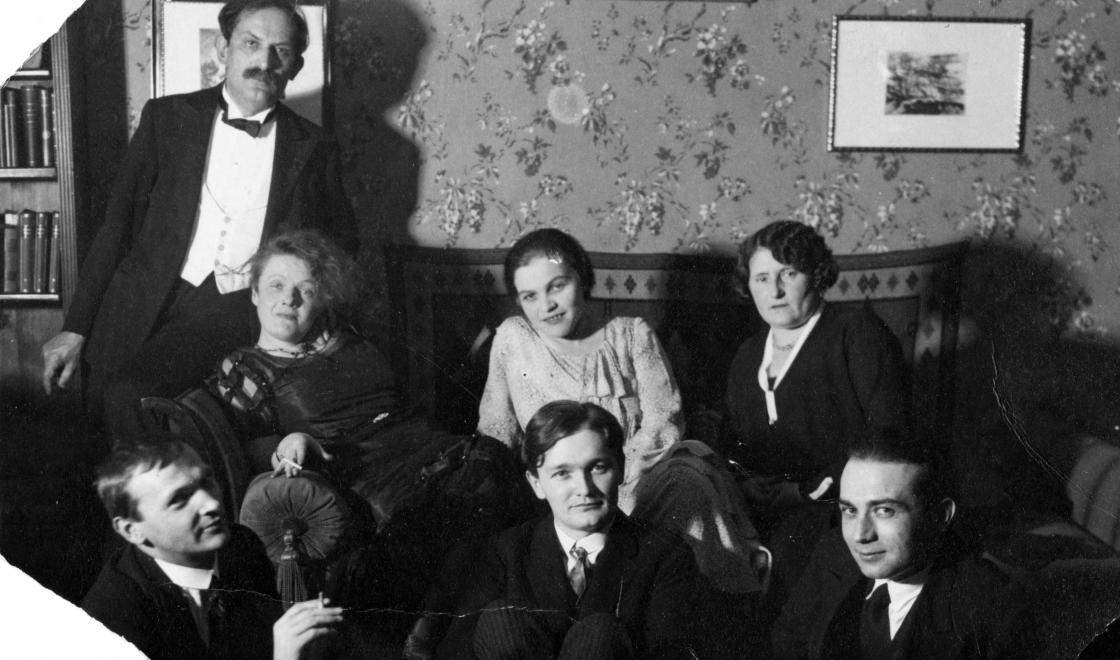 In this picture, you can see several known literary persons of the 20th century Hungary. Illyés became a poet and authors who was awarded the Kossuth prize three times. And the poetry of Babits was in the forefront of the Hungarian literature. He was also the first generation of the famous magazine, the ‘Nyugat’. 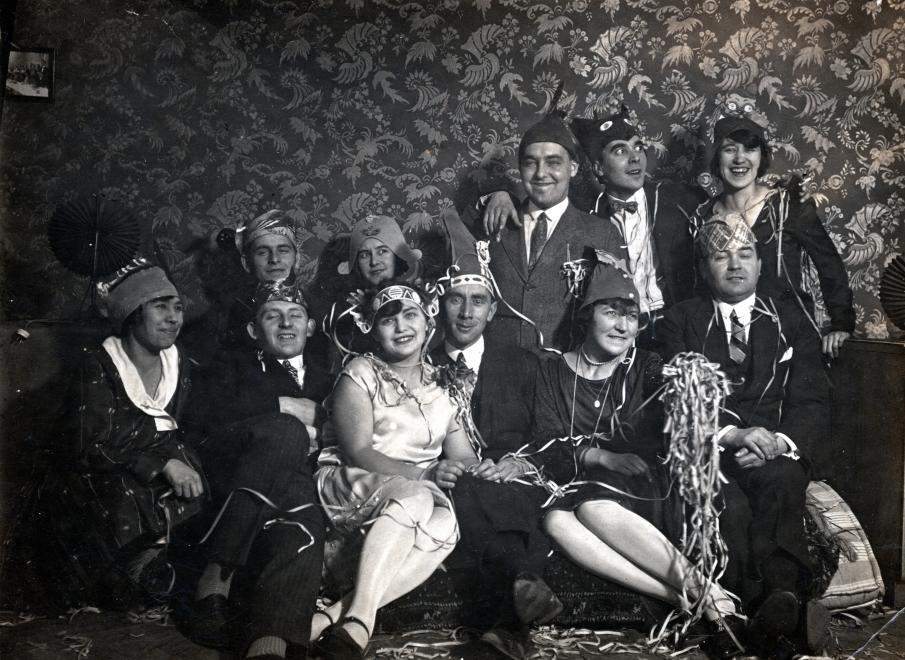 This photo was taken in 1933, and it seems like it was a costume or hat party to spend time together while waiting for midnight to come, marking the start of the new year. 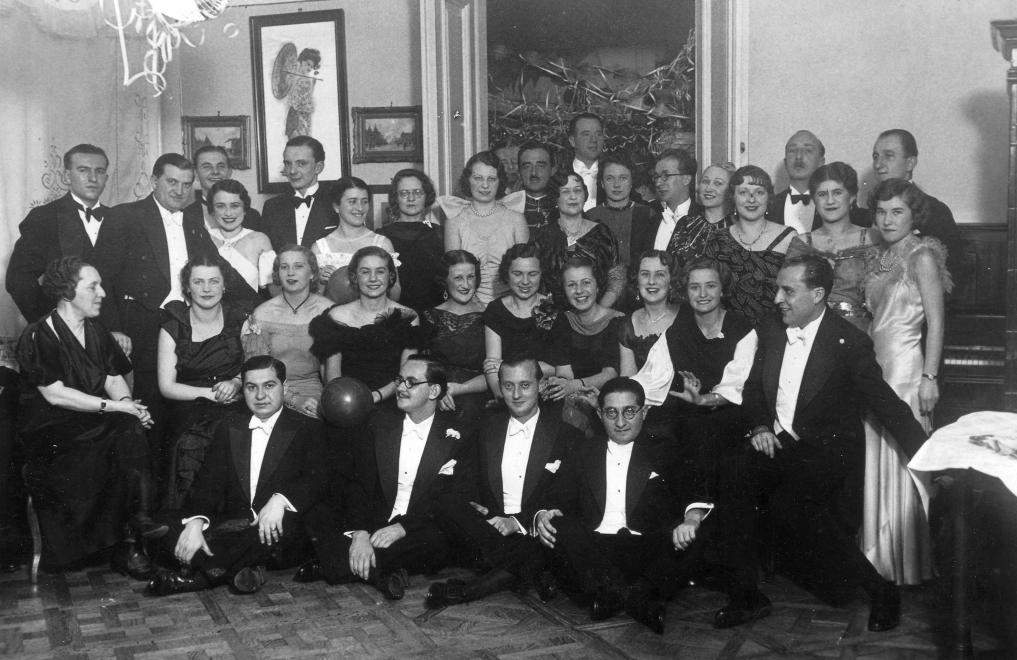 These two photos were taken in 1936 and 1938 respectively and show the celebrations of  different layers of social class, the bottom one being somewhat higher class than the top, but it has to be noted, that the social class of the top picture seems to be a little bit higher than the average at the time. 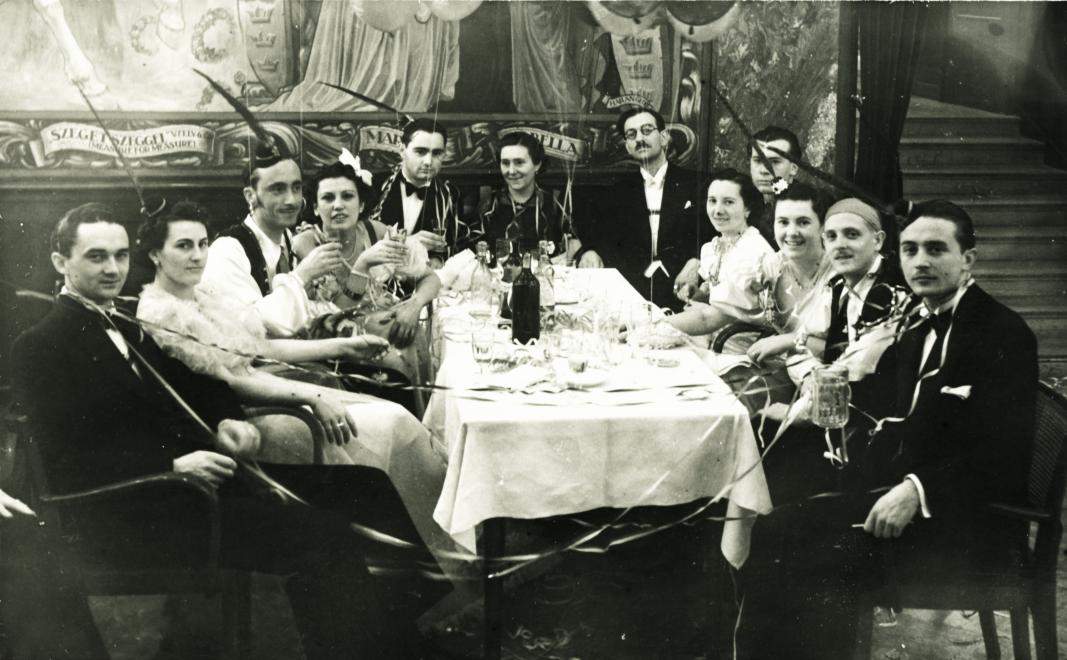 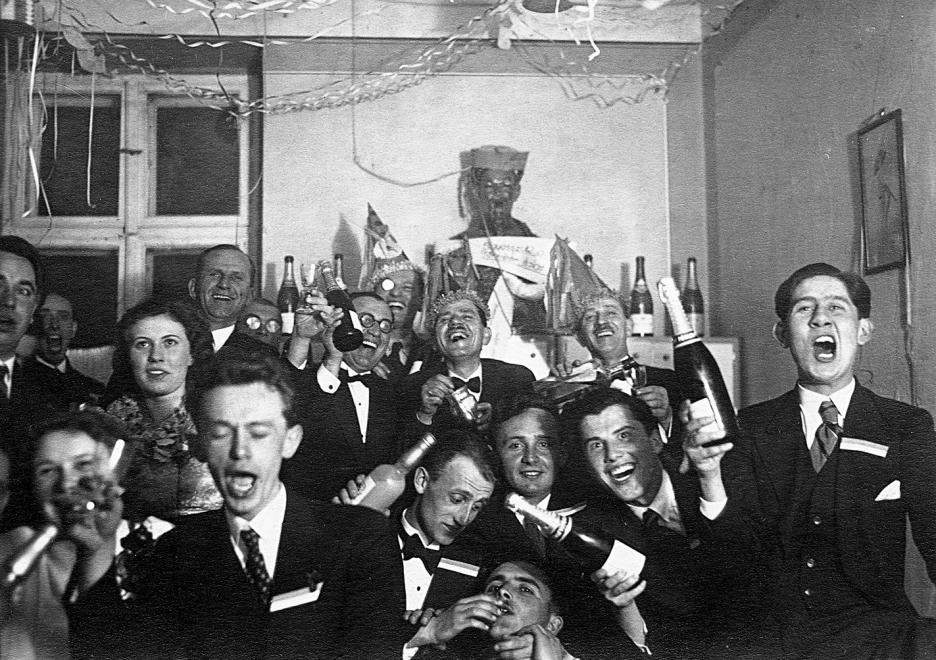 This picture was taken in 1940 and to be honest it is a good thing to see that even though WWII was in progress, people could gather together and celebrate the coming of the new year, probably hoping to bring less of the cruelties of war. Their happy faces are the evidence that for a short time, people could forget the dark events and be thankful and happy to be able to celebrate together. 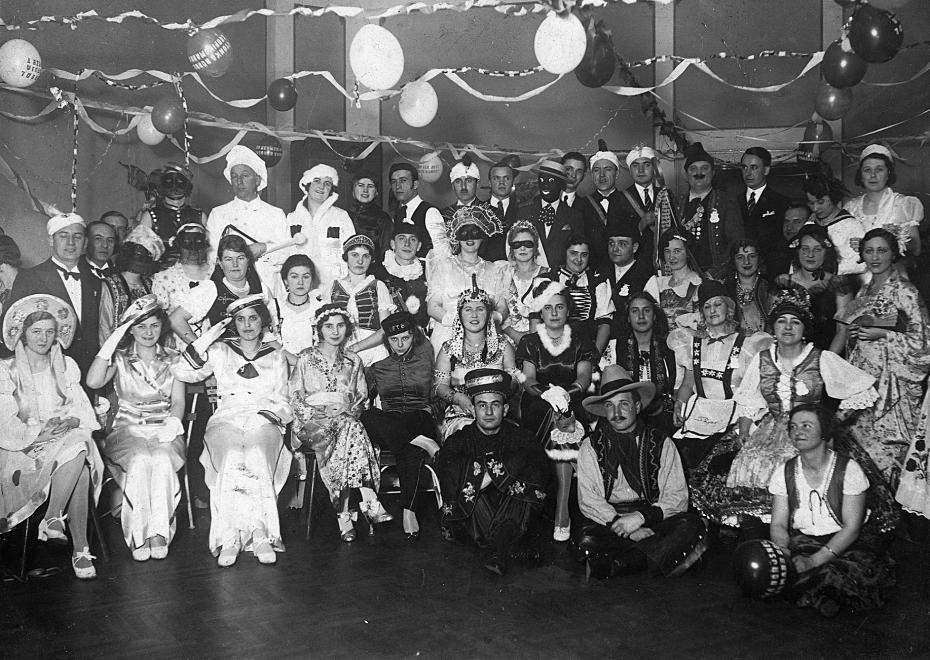 Do not let it fool you; this picture was not taken during Halloween, nor during the Hungarian celebration of Farsang. This is a New Year’s Eve costume party to the bones. I would have never thought that this happened in the past, but to be honest, it is quite impressive for the time. There are many types of costumes in the picture and as far as I was concerned, the shoe selection of the time was not even that diverse. There are cowboys, chefs, sailors, and captains just to name a few.

You can now watch classic Hungarian movies with English subtitles online. THIS article will lead you through and provide you with links as well. 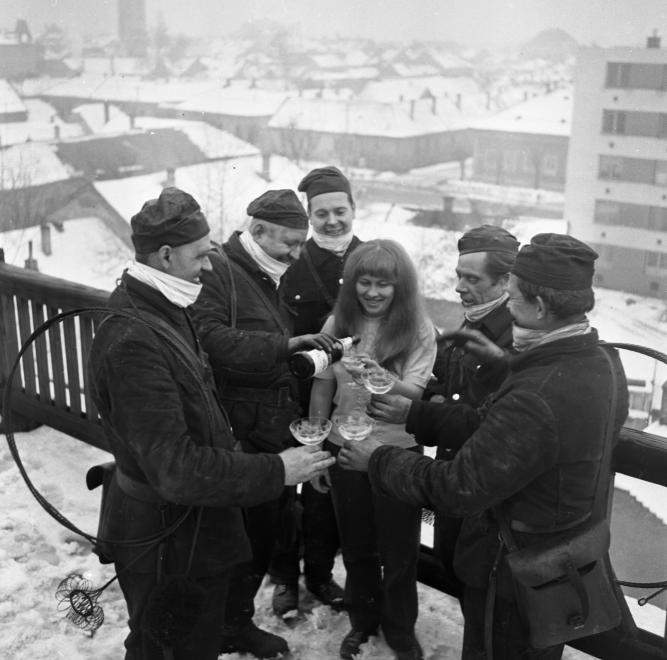 Oh, the typical Hungarian luck bringer, the chimney sweeper. But if you want to ensure your year will be a financially stable and healthy one, what could bring more luck than five chimney sweepers saying a toast for the new year as they all clink glasses with you to celebrate the coming of the new year. 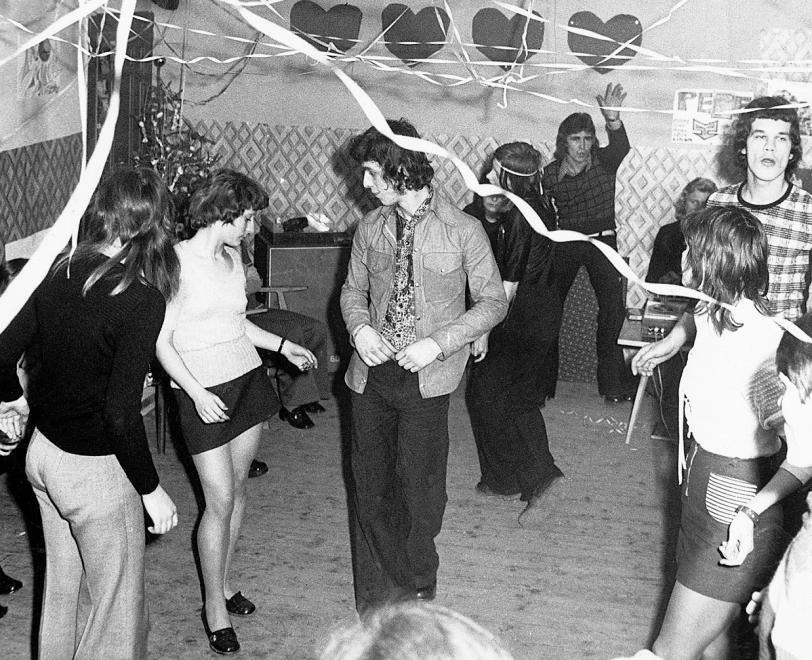 House parties were all the craze back in the 70s. Dancing, chatting, drinking and flirting ’till midnight. Nothing could stop Hungarians to make a good party, oh, and those funky dance moves, strange haircuts and the famous bell-bottoms of the era. 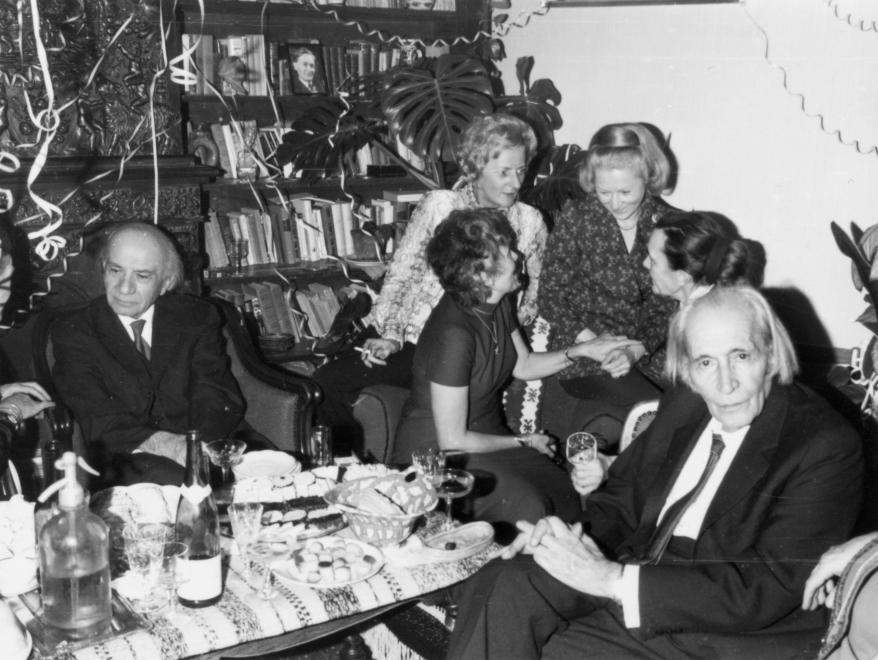 But it was not only the average people that could party hard, but intellectuals also knew how to do so. Here, in this picture, you can see two famous Hungarian writers of the era having a party to celebrate the passing of the new year. And of course, what would a Hungarian party be like without the famous soda water on the table? 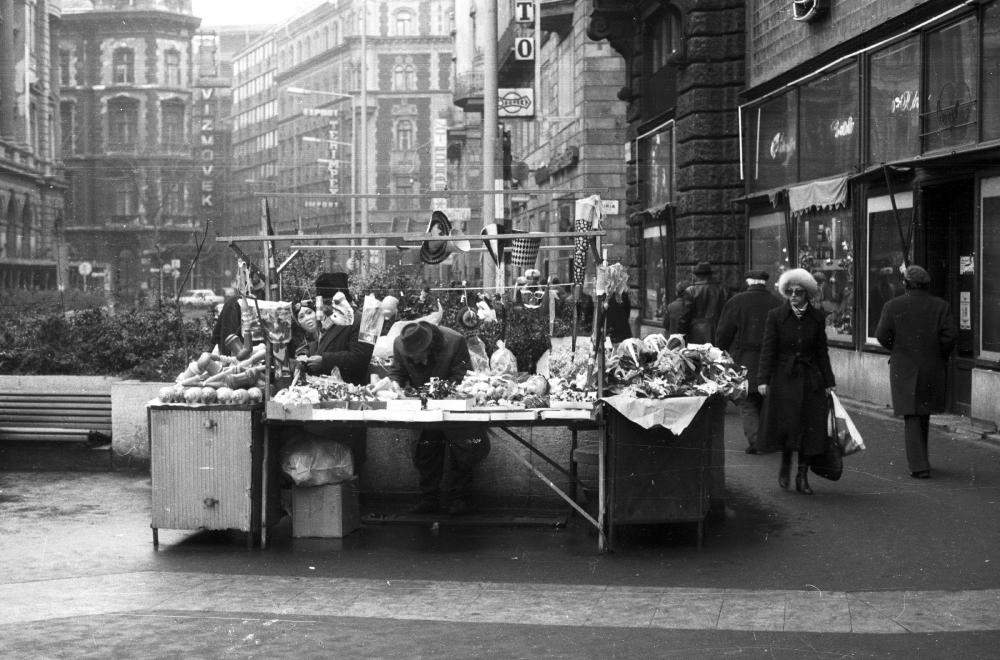 It is fascinating to see how the Hungarian tradition of street vendors selling party accessories and fireworks have started. If my eyes do not lie to me, they had similar products back then, as many similar vendors do nowadays. Funny hats, cardboard trumpets, little luck charms in the shape of chimney sweepers, small pigs and four-leafed clovers that bring good fortune in the new year. 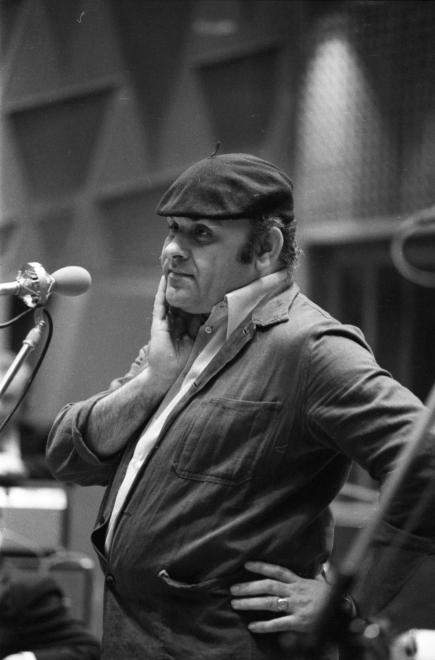 Géza Hofi was one of the first stand-up comedians in Hungary, heck; he was probably the first in the entirety of Europe. He is an iconic figure in Hungary. Many people still regard him as one of the most successful comedians in Hungary. As the socialist system got a little bit looser, he was even able to say some jokes about the wrongs of the system, without mysteriously disappearing after. He had such a great influence on Hungary’s humour, that many television channels put him on their programme during the night of the 31st of December even nowadays. As you can see from the picture below, he was quite a good comedian. 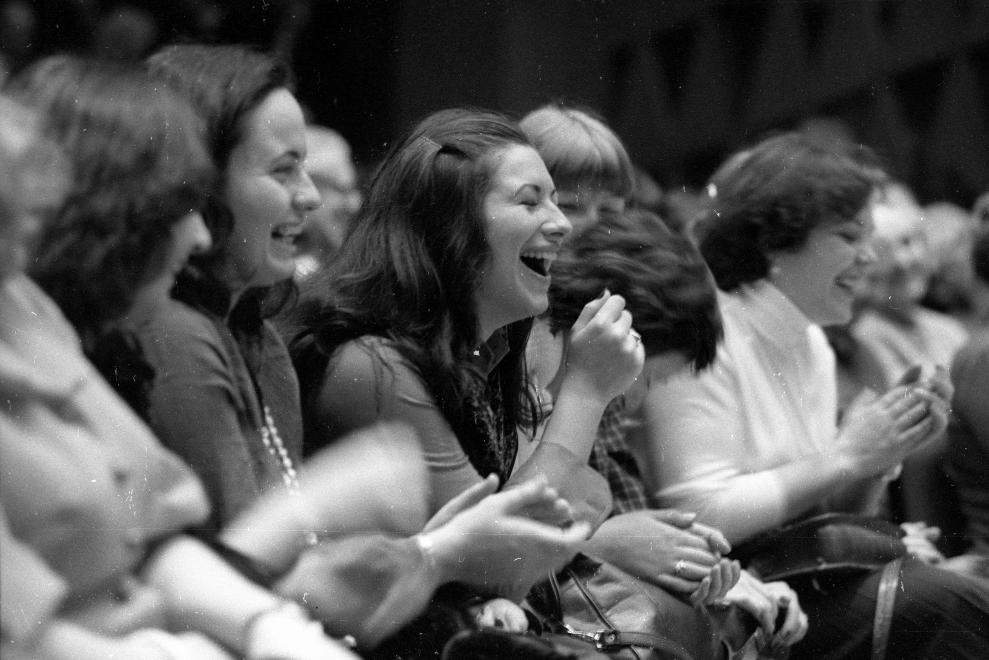 Photo: Fortepan, Szalay Zoltán; BÚÉK 1979! The audience of the Cabaret Theatre during its 10-year anniversary programme 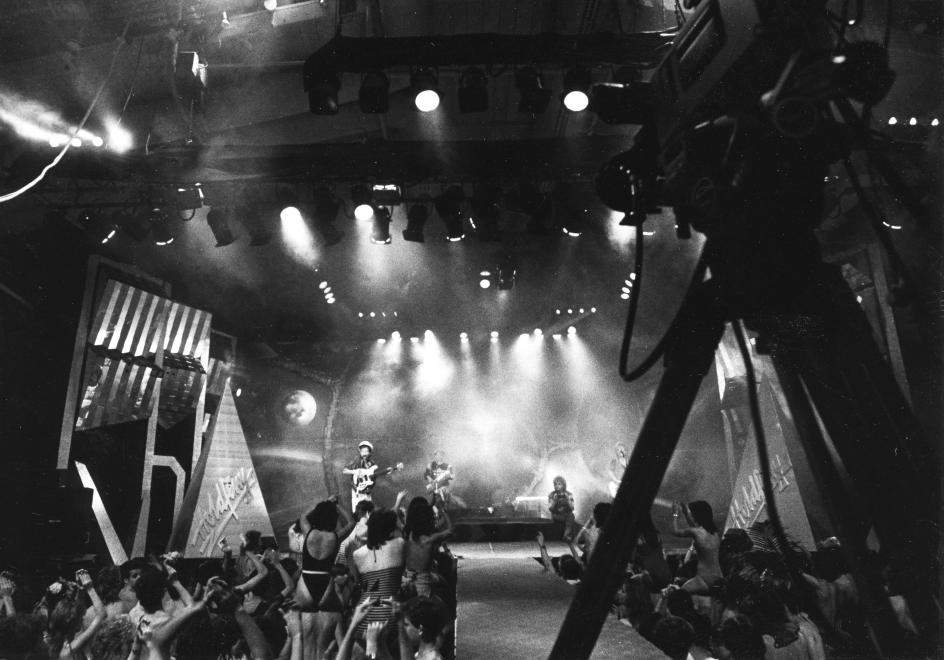 As you can see in this picture as we progress through time, the parties got a little wilder. To be honest, I think this particular party is even wilder than many celebrations nowadays. A swimsuit party with a live concert in the 1980s, how cool is that? 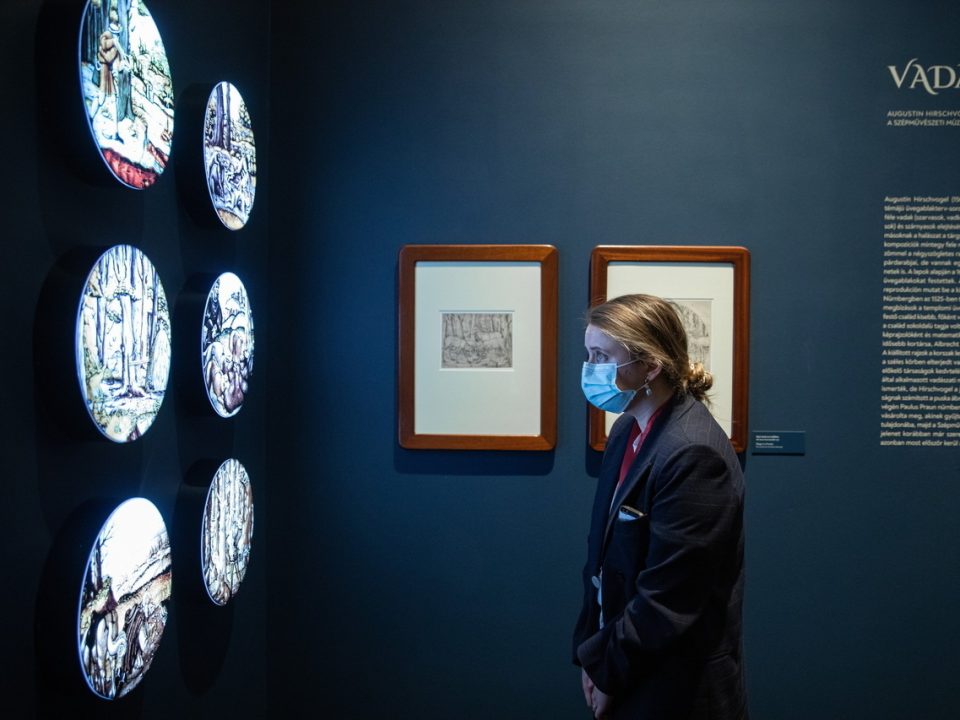