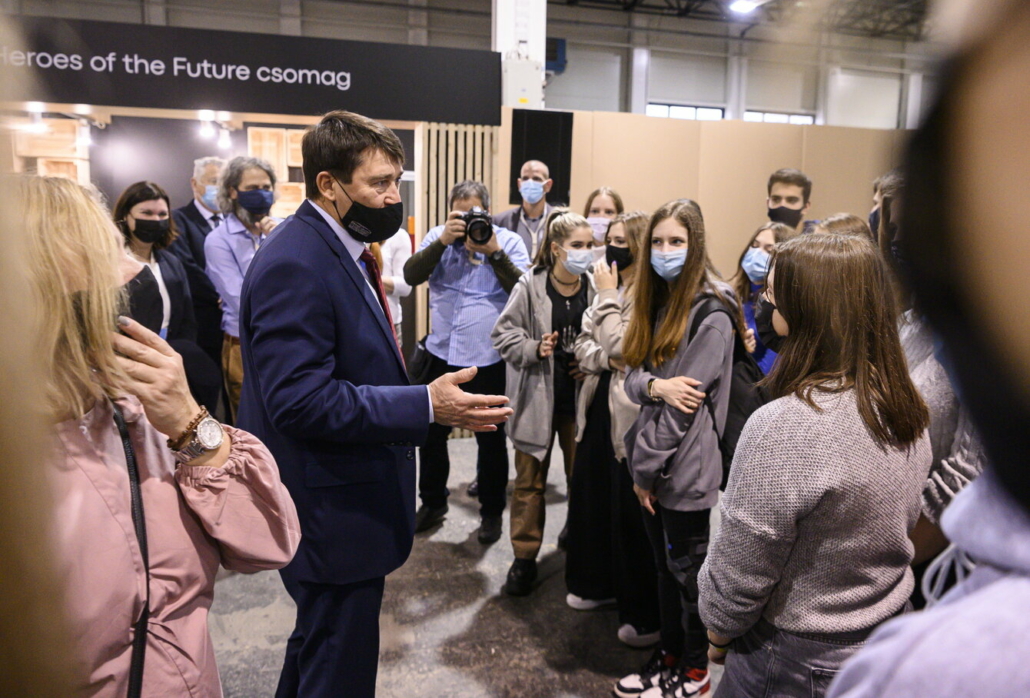 If you are interested in environmental protection, sustainable development, green technologies, or the future of our planet and ecosystem, Planet Budapest 2021 is probably the place you should be. You can learn about and even try a lot of innovative technologies that might pave the way for a cleaner, greener and better future. The Hungarian President, János Áder, chief patron of the event, is passionately campaigning for environmental protection on Planet Budapest 2021.

Therefore, you can even meet him there like the 2nd graders of the Ottokár Prohászka secondary grammar school did yesterday. 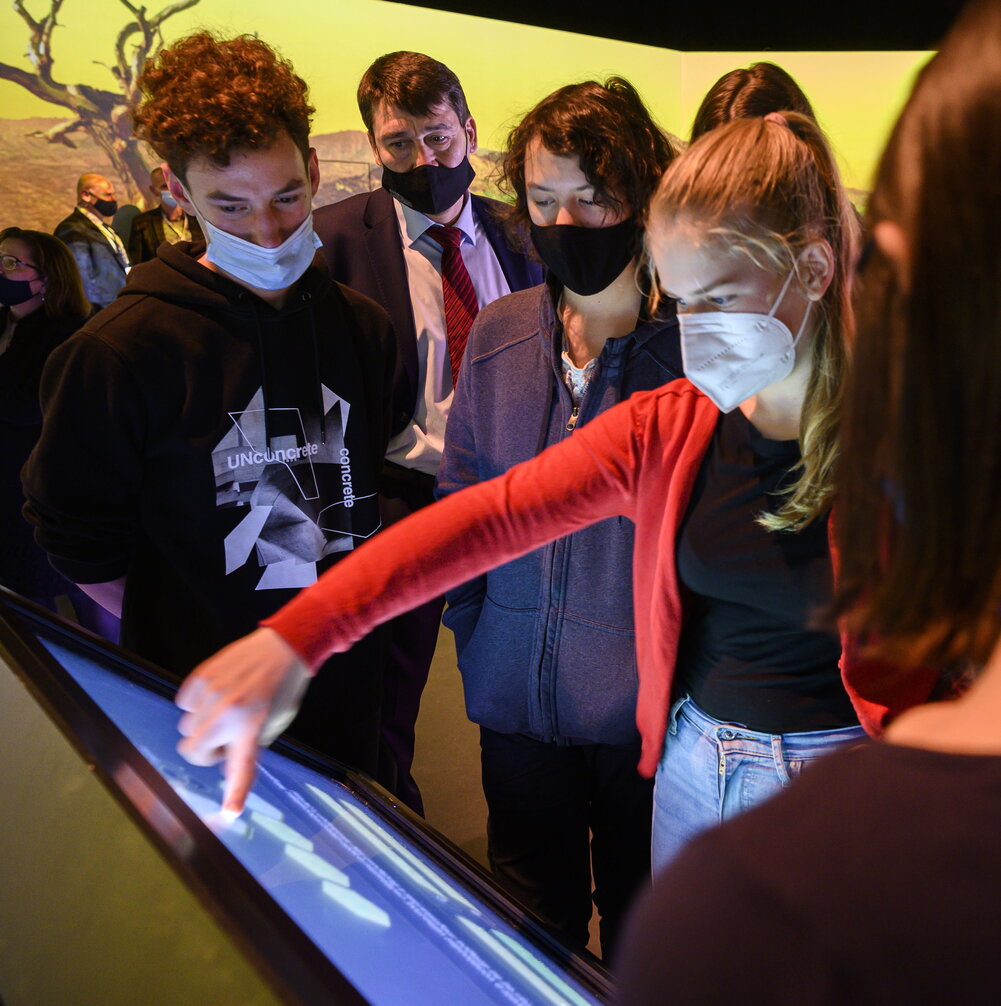 President János Áder with the 2nd graders of the Ottokár Prohászka Catholic Secondary Grammar School on the youth exhibition ‘Heros of the future’. Photo: MTI/Zsolt Szigetváry

Hungary has more work to do when it comes to environmental protection, but it must also recognise what it has achieved so far, Áder told public television channel M5 on Thursday. He said that though some may be disappointed by the outcome of last month’s United Nations COP26 climate conference in Glasgow, it was “still good news” that at the end of the summit the United States and China agreed to put aside their differences and enhance climate cooperation. The president highlighted the

commitment by more than 100 countries to reverse forest loss by 2030 as another step in the right direction. 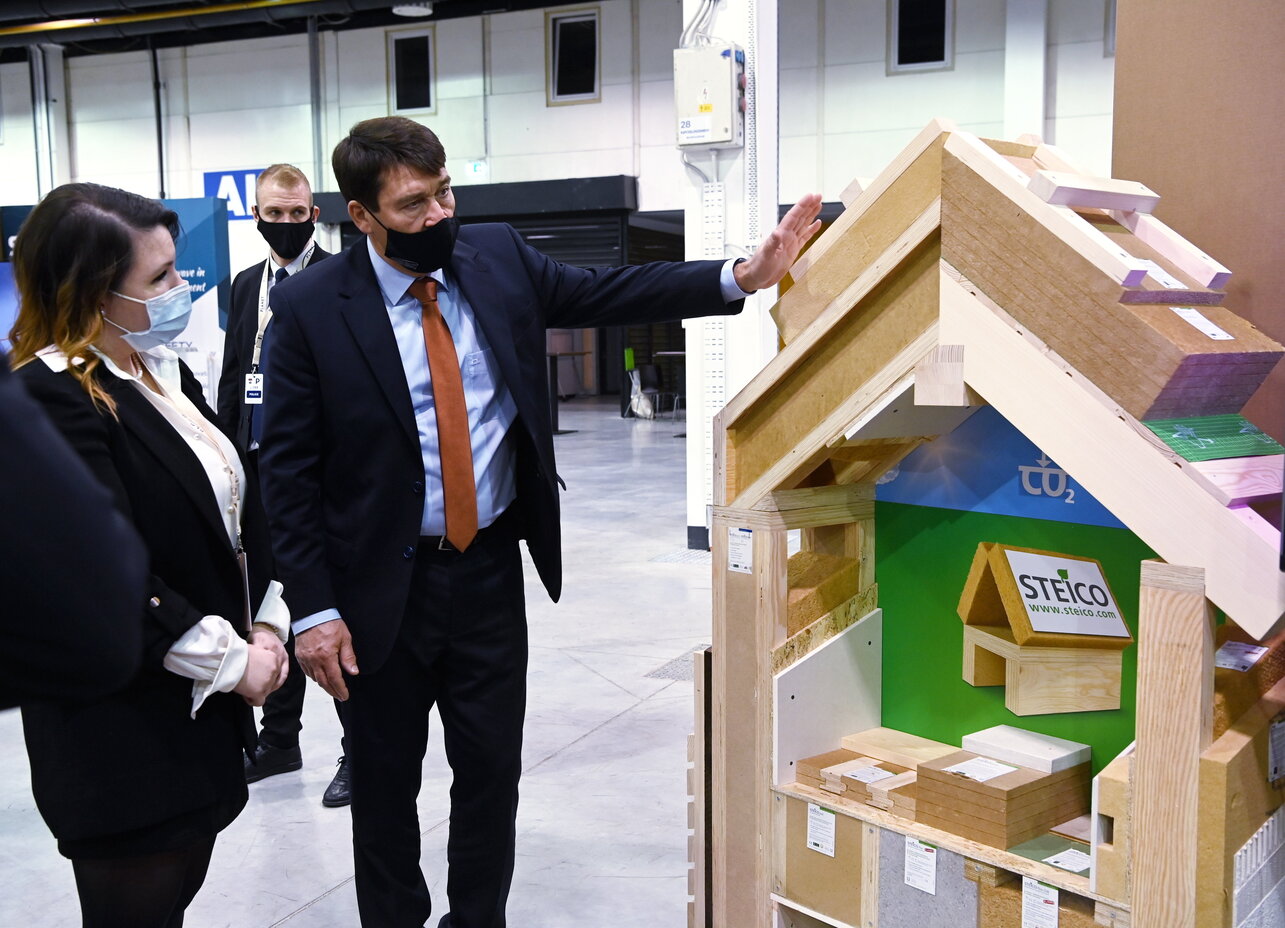 He noted that after losing 90 percent of its forests under the WWI Trianon Peace Treaty a century ago, Hungary has been steadily increasing its forested areas. Meanwhile, he said the three World Water Summits Budapest has organised so far had cost 1.5 billion forints (EUR 4.1m), but the business deals they yielded made them profitable for the state budget. On the topic of sustainability, Áder said

mankind should only consume resources that are naturally replaceable.

Asked about the energy policy of the new German government, Áder said its decision to shut down coal-fired plants alongside nuclear plants and restrict gas power plants could “turn everything on its head”. Until Germany creates the infrastructure for efficient energy supply and long-term storage capacities for cheap electricity, it will need conventional power plants, he said. 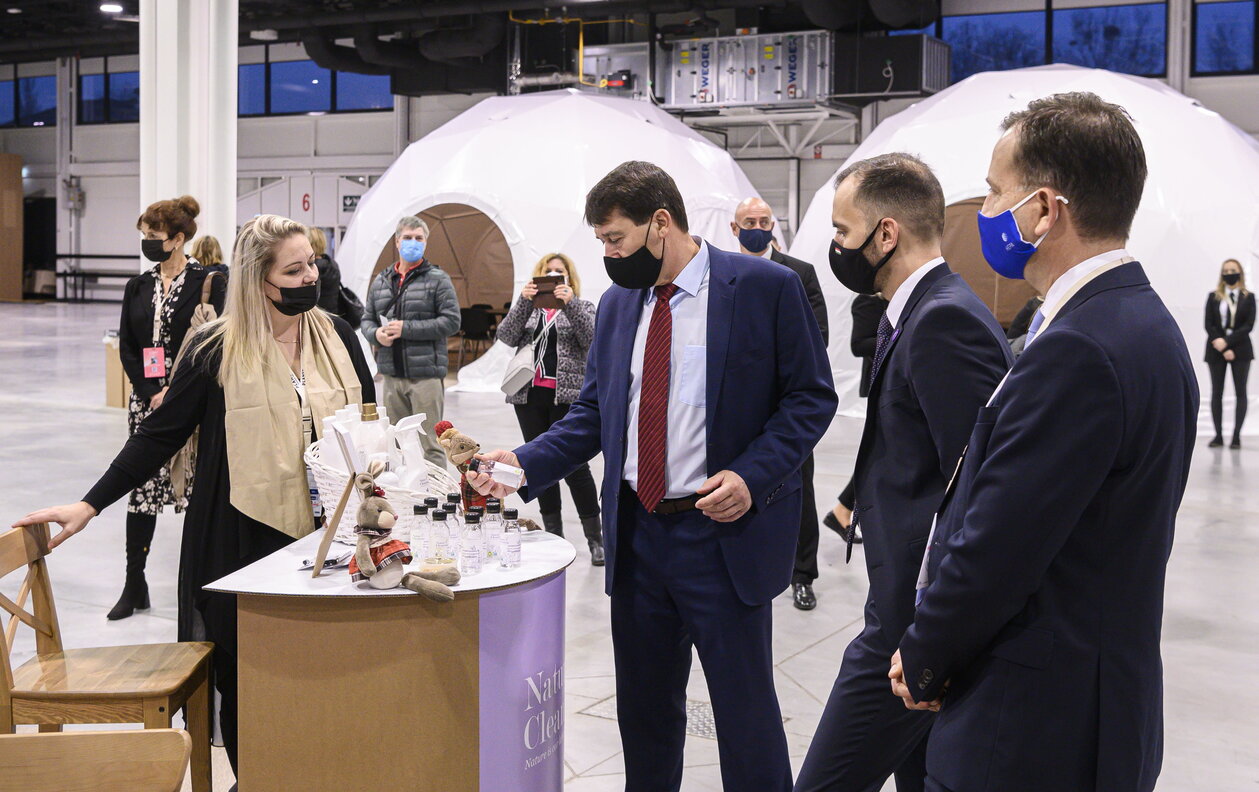 Concerning Hungary’s energy mix, the president said 70 percent of the energy produced in the country was carbon-free, two-thirds of it nuclear energy and the rest renewables. Once the two new reactor blocks at the Paks nuclear plant are up and running and Hungary doubles the capacity of its solar plants, 90 percent of the energy generated in the country will be carbon-free, he added. 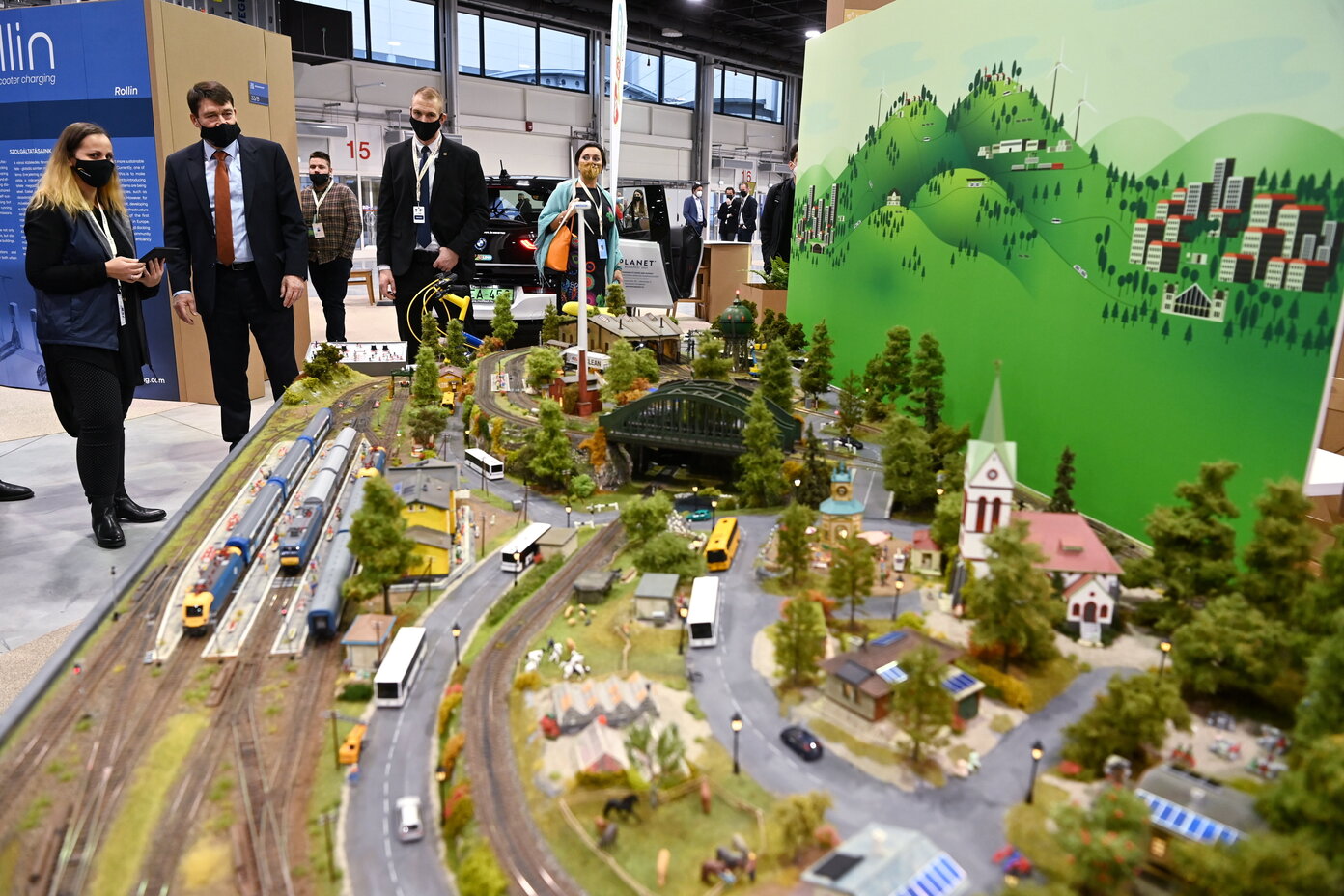 Though Hungary’s CO2 emissions have risen recently, this has been caused by increased international freight transport, he said. He noted Hungary’s plan to

replace its entire bus fleet with electric buses by 2030,

adding that electric rubbish lorries were also increasingly common. Ader also said Hungary was one of ten European Union countries that have reduced their CO2 emissions by more than 30 percent and one of 21 countries in the world that have been able to reduce their emissions while increasing their economic output. He noted that the government has also set the goal of not leaving any sewage untreated by 2030. At the same time, the president said Hungary still had more work to do in other areas, such as boosting the energy efficiency of buildings. 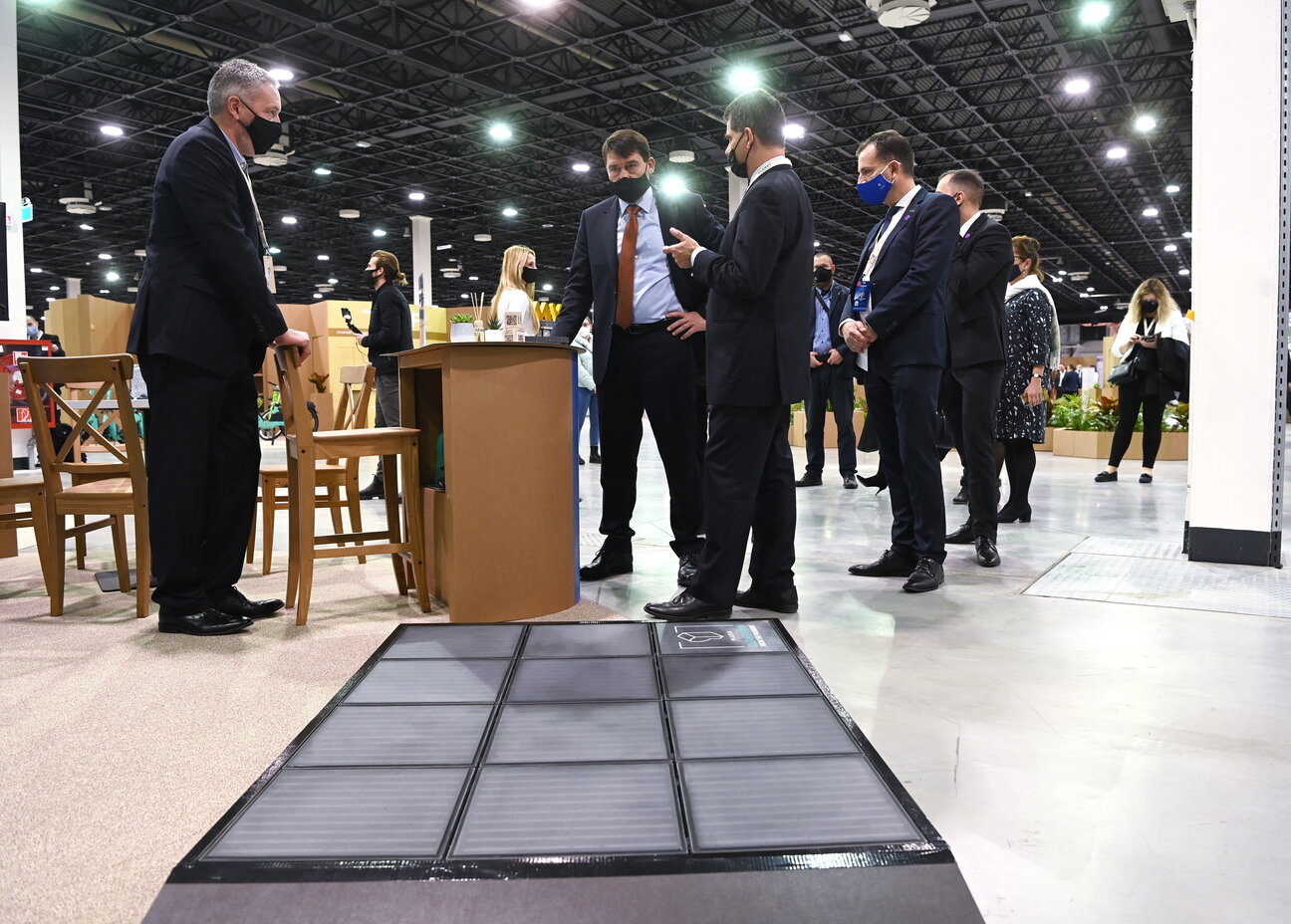 He also said that sustainability is about the future of young people, as their fate depends on whether or not mankind is able to preserve the balance of nature. Reckless human attitudes may

easily destroy the biosphere that evolved over millions of years,

So it matters to what extent the environment is polluted and the degree to which air, water and soil quality is degraded, he said, warning that everyone had a common responsibility, and sustainability depended on everyday decisions. Áder said that producing a piece of clothing involved a water footprint of thousands of litres. “So it’s worth reconsidering our shopping habits and breaking with the global norms of the past decades that promoted consumption over greater needs,” the president said. 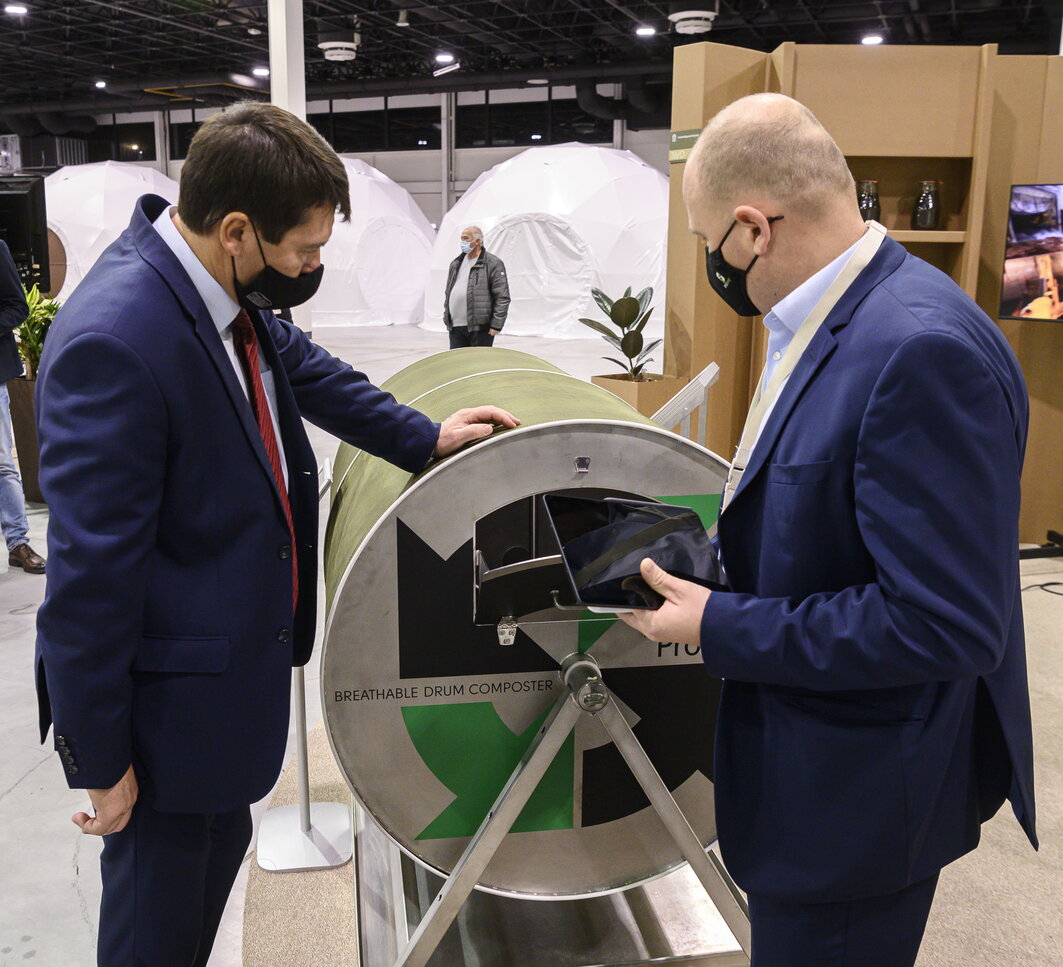 On Thursday, he told the public radio that the Planet Budapest 2021 sustainability expo is aiming to ensure that the quality of life of younger generations will be “at least on par” with today’s lifestyle. The event running through Sunday at the Budapest fairgrounds features several inventions of young people contributing to a sustainable future, Áder told Petofi Radio. He cited a composting robot and a water-economic car wash system as examples.

and called on listeners to review their consumption habits. According to a UN survey, one-third of clothes purchased is not worn more than once, he said. In the interview, Áder also touched on a campaign by the Regőczi Foundation, headed by First Lady Anita Herczegh, collecting money to

support some 1,000 Hungarian children orphaned in the coronavirus pandemic. 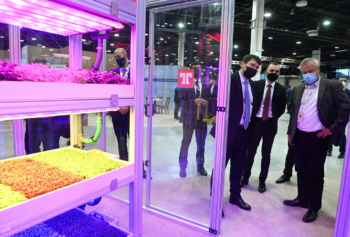