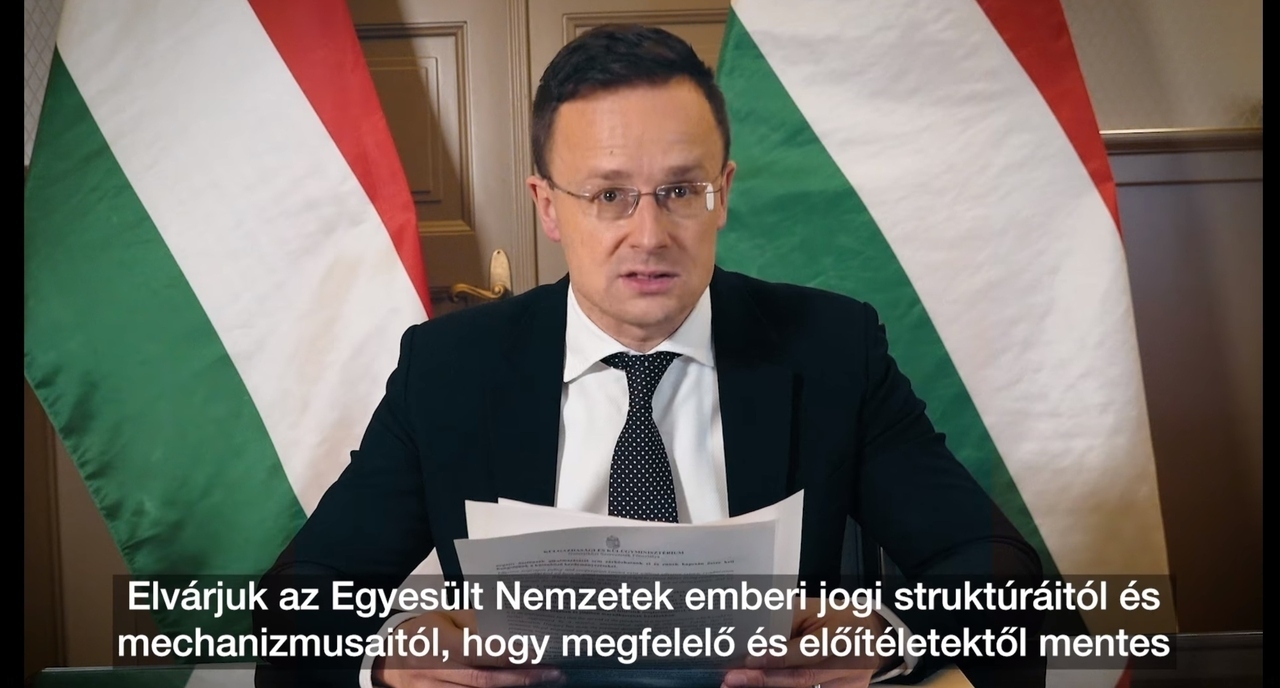 In a video address to the 46th session of the UN Human Rights Council, Péter Szijjártó, the minister of foreign affairs and trade, said there was mounting criticism of the council’s work in terms of the politicisation of its initiatives and programmes.

In the session held online on Tuesday due to Covid, Szijjártó gave warning that the council should not turn into a forum in which certain people and countries “are constantly stigmatised”.

The minister called on the UN body to promote constructive international dialogue and cooperation. He said

Hungary was committed to the protection of human rights, which he called “universal, inalienable, indivisible, interdependent and interconnected”.

He accused the body of stigmatising Israel. The council, he insisted, did not credit Israel for its efforts to protect these rights. Israel, he added, had a right to defend itself.

Hungary backed all initiatives aimed at supporting sustainable peace in the Middle East.

Meanwhile, Szijjártó noted that Hungary devoted special attention to the rights of national and linguistic minorities, supporting initiatives aimed at preserving and strengthening the acquired rights of these communities. Any violations of these rights were “unacceptable”, he added.

Budapest expects the UN rights council to give the appropriate weight to enforcing these rights throughout the world, he said.

Szijjártó said Hungary was also “deeply committed” to the protection of freedom of religion, and was active in its support of persecuted religious communities, especially persecuted Christians.

On the subject of migration, he said Hungary underlined the importance of the strict observance of international law: if a person is forced to flee their home, the first safe country may provide temporary refuge. But international law does not state that choosing a country of refuge is a fundamental human right, he added.

Recognising that citizens have the right to a secure life, states have a duty to protect their borders, Szijjártó said, adding that countries that do so should not be upbraided by the Human Rights Council.

Read alsoOrbán: EU ban on kosher slaughter ‘assault on the freedom of religion’