Watch movies under the summer sky! 5 open-air cinemas in Budapest 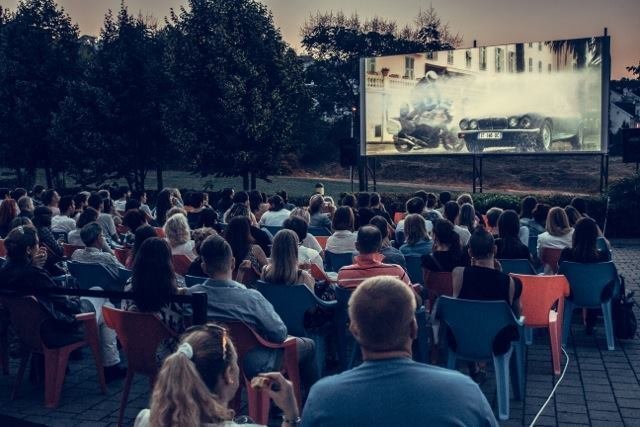 According to welovebudapest.hu, around one month left of summer. Evenings are still pleasant in August, but sometimes you may find that you need a rug to huddle with your partner. The site chose 5 open-air cinemas where you can do all of this.

Let’s begin with the latest discovery! It’s on a golf course, especially on Golftanya which sounds pretty unique, even if we add you can also compile a picnic basket if you get tired of popcorns and companies. Tickets cost HUF 2000 for Tuesday’s showings which also include popcorn and blanket. Selecting from August offer, you can watch Pulp Fiction on August 4, The Wolf of Wall Street on August 18, Grindhouse on August 25. After the film ended, the party starts until dawn.

The most important feature of Obuda Garden Cinema, which is located on Becsi Road, that it’s the only open-air cinema of Budapest where premieres are also shown. For example, you can book seats for Mission Impossible – Rogue Nation for HUF 1550 (VIP is HUF 1750). Screenings usually begin from 20:30 and it’s also worth watching their Facebook page because you can win tickets with various games.

One of the giant districts of the capital also has an open-air cinema, Pagony. In the 11th district, lying in the grass at the former children’s pool of Gellert Bath, you can watch the films starting at around 9 o’clock in the evening – for free. Don’t really expect party here, because a regulation limits the opening hours of the place, but it doesn’t affect the operation of the cinema. This Thursday, Lipstick, airport etc. was presented.

Perhaps this is the best-known open-air cinema, which is located on Corvinteto. For three years, you can sit under the stars at Blaha Square to eat popcorn while relieving real classics in return for the HUF 600 supporters ticket. Screenings start at dusk, but they’re canceled in bad weather. It’s possible to buy VIP tickets, by which you can watch the films 4 meters higher. Yesterday, The Dark Knight was presented in the cinema.

Instead of garden movie, a riverside movie is waiting for you with deckchairs, River Danube, sunset, rather with rarities than audience films; even in daylight or in complete darkness. In the Fellini Romai Kulturbisztro, you can watch movies for free under the Obuda summer program series, but due to the proximity of the river, it doesn’t hurt to prepare for a possible war against mosquitos.

based on the article of welovebudapest.hu
translated by BA