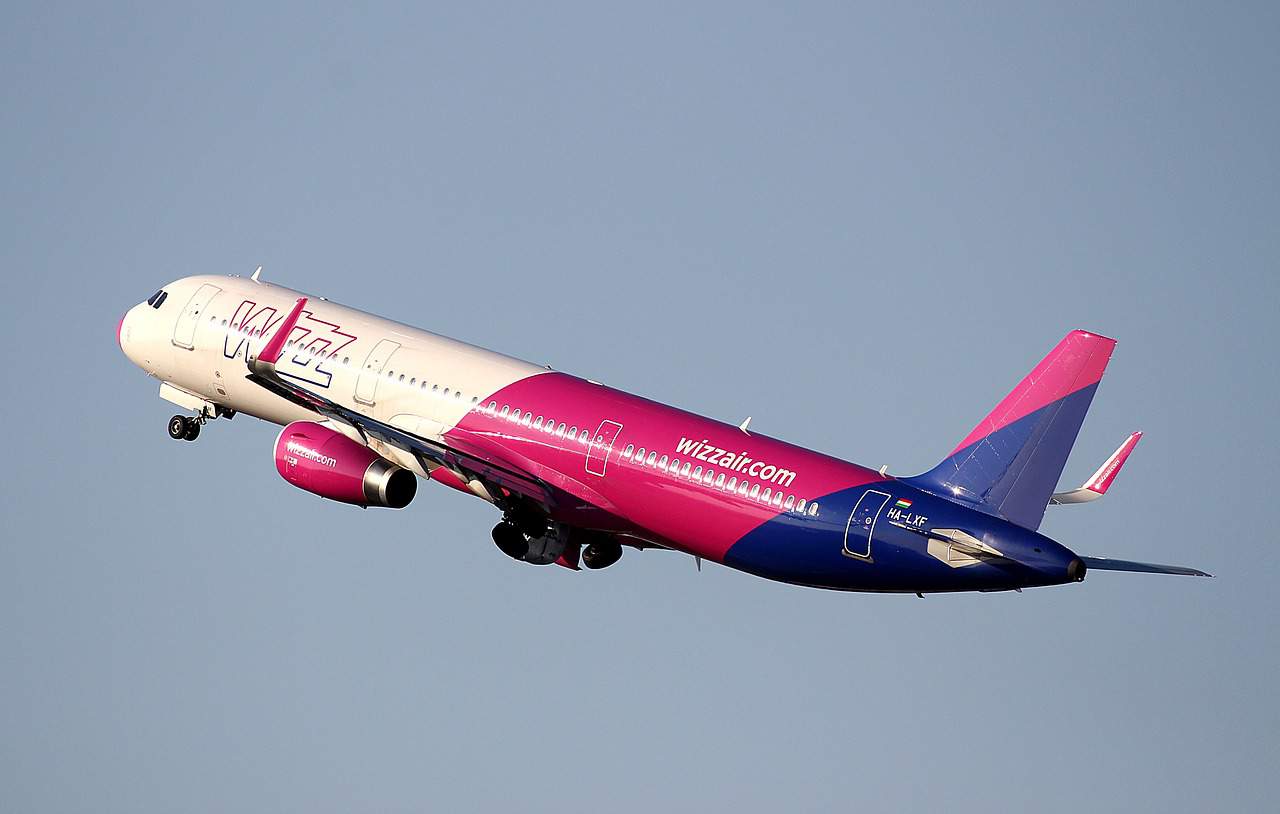 Wizz Air is the greenest airline in Europe

Wizz Air, one of Europe’s fastest growing airlines and the largest low-cost carrier in Central and Eastern Europe, announced on the weekend that it operates at the lowest CO2 emissions per passenger amongst all competitor airlines. With 56.5g CO2 per passenger/km in May 2019 Wizz Air is the airline with the smallest environmental footprint per passenger. Going forward, Wizz Air is taking a proactive step to include the emissions figure into its monthly statistics, adding transparency to allow passengers to have all the necessary information to make responsible choices.

Press release – Wizz Air operates a modern fleet of Airbus A320, A321CEO and A321NEO aircraft with an average age of 4,7 years, one of the youngest in the industry. Wizz Air’s CO2 per passenger/kilometre emissions figure has been on a continuously declining trend over the past years, dropping by 4.4% in May 2019 compared to a year earlier. With more than 250 Airbus A321NEO aircraft on order, Wizz Air will continue to drive efficiency and improvement in this area with its environmental footprint further decreasing by 1/3 for every passenger over the next decade.

The A320neo and its derivative aircraft family members have pioneered and incorporated the latest technologies, including its new generation engines and the industry’s reference cabin design, delivering 20 percent fuel cost savings alone.

The A321neo also offers significant environmental benefits with nearly a 50 percent reduction in noise footprint compared to previous generation aircraft. Since entering into service in early 2016, Pratt and Whitney‘s Geared Turbofan engine, that is has demonstrated its promised ability to reduce nitrogen oxide emissions by 50 percent

“Wizz Air’s ultimate goal is to liberate lives by providing affordable travel, and we pride ourselves on delivering this in the most sustainable way. Being a responsible business and ensuring a sustainable future for next generations is not a race.

Today, with the lowest CO2 emissions per passenger/km in the industry, Wizz Air is already the greenest choice of air travel a passenger can make. We have set ambitious goals for ourselves to further reduce the impact on the environment by deploying the latest state-of-the-art technology and further reducing CO2 emissions per passenger by a third by 2030. We have the best tools to achieve this – the A321NEO aircraft with Wizz Air’s seat configuration of 239 passenger seats and Pratt and Whitney’s Geared Turbofan engines bring the cleanest and most environmentally-friendly technology that currently exists in the world.”

Are we killing Lake Balaton?!