According to vilaghalo.info, a Hungarian man saw a commercial about his homeland and it inspired him to only use things that were invented by Hungarians through a whole day.

Firstly, he took a ball-pen (invented by László József Bíró in 1931) and notched down INVENTIVE HUNGARIANS! to a piece of paper and then stuck it onto his refrigerator (Leo Szilárd, 1929) with a magnet.

Then he stepped to his window and, just to stay true to his decision, he peeked over to his neighbour with binoculars (József Petzvál, 1840). Unfortunately the woman next door wasn’t undressing. It is widely known that Hungarian women are the most beautiful in the world but it is not exactly clear who invented them.

He got out a box of matches but he couldn’t light them on his boot-sole like western movie stars, so he used a noiseless and non-explosive match (János Irinyi, 1836). He smoked a cigarette, which wasn’t invented by the Hungarians but according to a Japanese legend, the devil himself. However, it’s pleasant in the morning.

He knew that this was going to be a tough 24 hours. He looked at the holographic sticker (Dénes Gábor, 1947) on one of his CD cases, then to prevent diseases and of course for patriotic reasons, he took some Vitamin C (Albert Szent-Györgyi, 1931) which is always good. He made a phone call with the gratifying consciousness that the telephone exchange is also a Hungarian invention (Tivadar Puskás, 1878). He took a photo of the neighbour lady with his automatic camera (József Mihályi, 1938). She was dressed up but it’s still more than nothing. He then put in his contact lenses (István Győrffy, 1959) which was kind of hard since he didn’t wear glasses. He still did it for his country.

He played a little on his computer (János Neumann, 1944) with the help of hypermodern 3D glasses (Dániel Rátai, 2010) that he stole from a research institute. 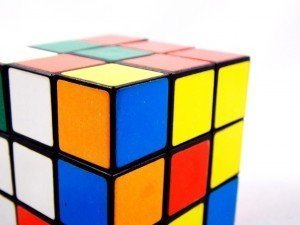 Then he solved the Rubik’s Cube (Ernő Rubik, 1976), started playing a vinyl on a traditional gramophone and watched colourcast knowing that they are both the inventions of Károly Péter Goldmark from the same year, 1948. He printed out an Excel-table (Károly Simonyi, 1974) and planned the remaining hours of his day.

He stepped out onto the street and since he could only afford to steal a newer edition of the T-Model Ford (József Galamb, 1908), he drove around with that. He then changed to a diesel engine BMW (Ferenc Anisits, 1983) but only drove it for a while and left it on a corner. He was looking for his next steal when he saw a Chevrolet with an automatic transmission shift (László József Bíró, 1932). After all this, it was really easy to get into a Volkswagen Beetle which is part of Béla Barényi’s (1925) work with its symbolic design.

After all this mischief, it might not be the best idea to escape on a bicycle, but still he turned on the dynamo (Ányos Jedlik, 1861) that’s responsible for the lights. The police caught him quickly but he was fortunately transported by a helicopter (Oszkár Asbóth, 1928). While he was trying to balance on the floor with his hands tied behind his back, he was kind of sad that handcuffs weren’t invented by Hungarians.

Lastly, he was going through his list and felt sorry that he didn’t meet a Pulitzer Prize winning journalist that day (József Pulitzer, 1917). He also missed to see a light transmitting concrete (Áron Losonczi, 2001).  Then he realised that it wasn’t totally impossible, so he started solmization in the babel on board of the helicopter, using the methods of the world-famous music teaching technique, the Kodály method (Zoltán Kodály, 1929).