50 Turkish policemen will join the border protection in Hungary

At an event after the signing ceremony, Pintér and Soylu welcomed the other country’s policemen in their native languages.

The ministry said the 50 Turkish policemen would serve at Röszke and Nagylak, on the Serbian and Romanian border, respectively.

Pintér said that talks of the border cooperation started in November, at an inter-governmental meeting of the Hungarian-Turkish high-level strategic cooperation council. Pintér and Soylu then agreed that stopping illegal migration, fighting people smuggling and reinforcing border security was a common duty, he said.

Therefore, Soylu proposed to send Turkish units to cooperate at the Hungarian borders, he said.

Hungarian troops will thus be able to use the experience of Turkish officers in handling illegal migration at Turkey’s eastern borders, he said. The cooperation will also boost the fight against cross-border crime, he said.

Hungary and Turkey will also exchange technological know-how on the fight against cybercrime and drug-related crimes, Pintér said.

He thanked Soylu for Turkey’s help in preserving Hungarian and European security.

Soylu noted that at the November meeting, Prime Minister Viktor Orbán said the coronavirus pandemic, illegal migration, energy supply woes and the resulting economic difficulties were the main global challenges of the era.

As a result, the world also needed to face terrorism, drug crimes, cross-border crime and cybercrime, Soylu said. Those issues cannot be tackled without cooperation, he said.

Turkey participated in a similar cooperation with Serbian authorities in 2019, he said. Turkish officers there contributed to detaining hundreds of illegal migrants, and seizing large amounts of drugs and weapons, he said. Hopefully, the results will be similarly good in Hungary, he said. 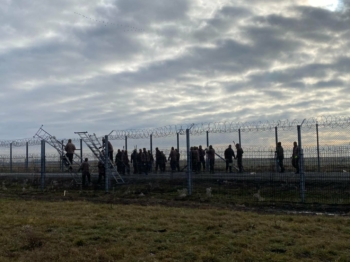