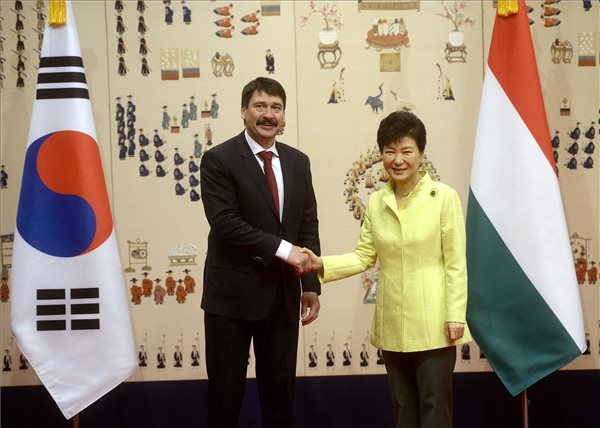 Ader told the press after the meeting that they had discussed the joint utilisation of scientific achievements and he proposed launching a direct flight between Seoul and Budapest in the interest of boosting tourism and business ties.

He said South Korean investment in Hungary totalled 2 billion dollars in recent years which makes the country one of the most important investors in Hungary, with South Korean firms ensuring jobs to some 23,000 Hungarians. 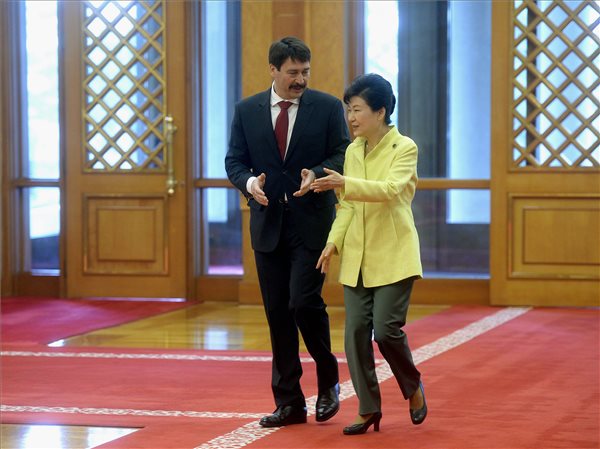 Cooperation in science could be expanded in the areas of environmental protection, water management and information technology, Ader said. The cooperation is supported by the recently established National Research, Development and Innovation Office, he added.

The president will travel on to Mongolia later in the day.