A 36 square metre Africa-silhouette banner, 300 balloons and almost half a thousand people – this was the African-Hungarian Union’s (AHU) flashmob in numbers. Globoport.hu writes that this was the first step in their 10th birthday programme series.

There were almost five hundred excited people at Heroes’ Square a little bit before 4 pm Friday afternoon. The crowd gathered for the 10-year-old AHU’s flashmob to stand around the enormous banner shaped in the silhouette of Africa.

The whoop-de-doo was so loud that you could barely hear the two presenters: AHU’s spokesperson Kembe Sorel and the star of High School, Olivér. Nevertheless the always fascinating countdown started at 4 pm and everyone shouted “Happy Birthday!” at zero. In the same moment, 300 colourful balloons were let go off into the air. 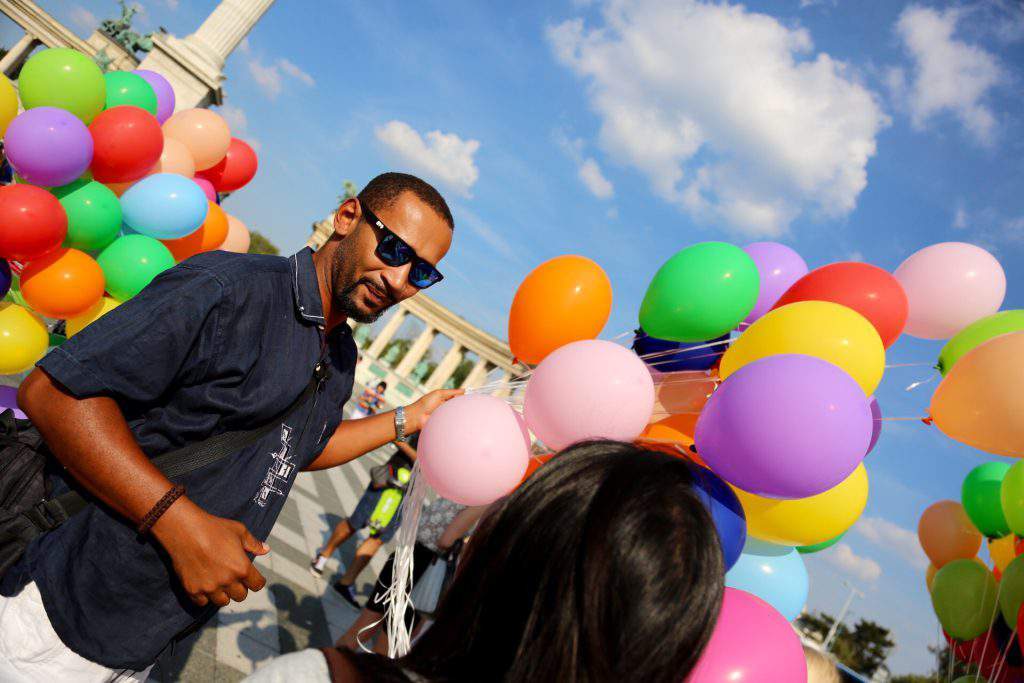 The joyful celebration was ensured by the Serengeti band and their amazing African music. While the crowd was hunting for the signatures of AHU’s workers and the stars of High School series, a drone was scanning the square for aerial shots.

The birthday celebration series continues this weekend in Gödöllő. They will introduce Africa with music, dancing and a separate stand at the City Days. This will be followed by a film club together with chatting in Bálint Ház on the 16th of September, while AHU is also organising a fun family day for Oktoberfest at the end of the month in the Africa village with a concert by Mr. President. 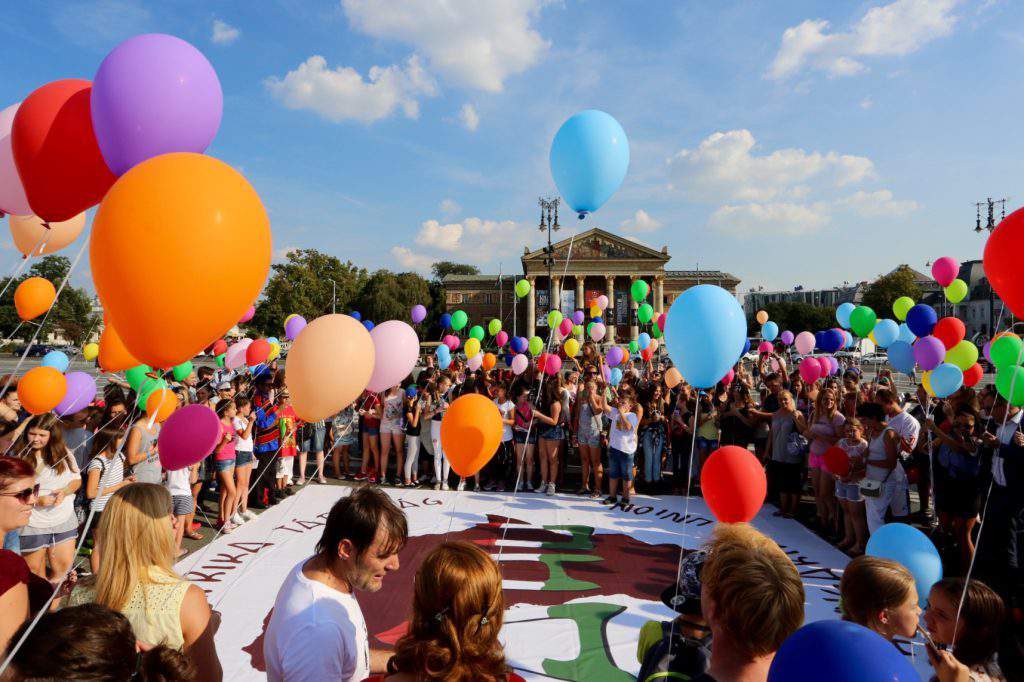