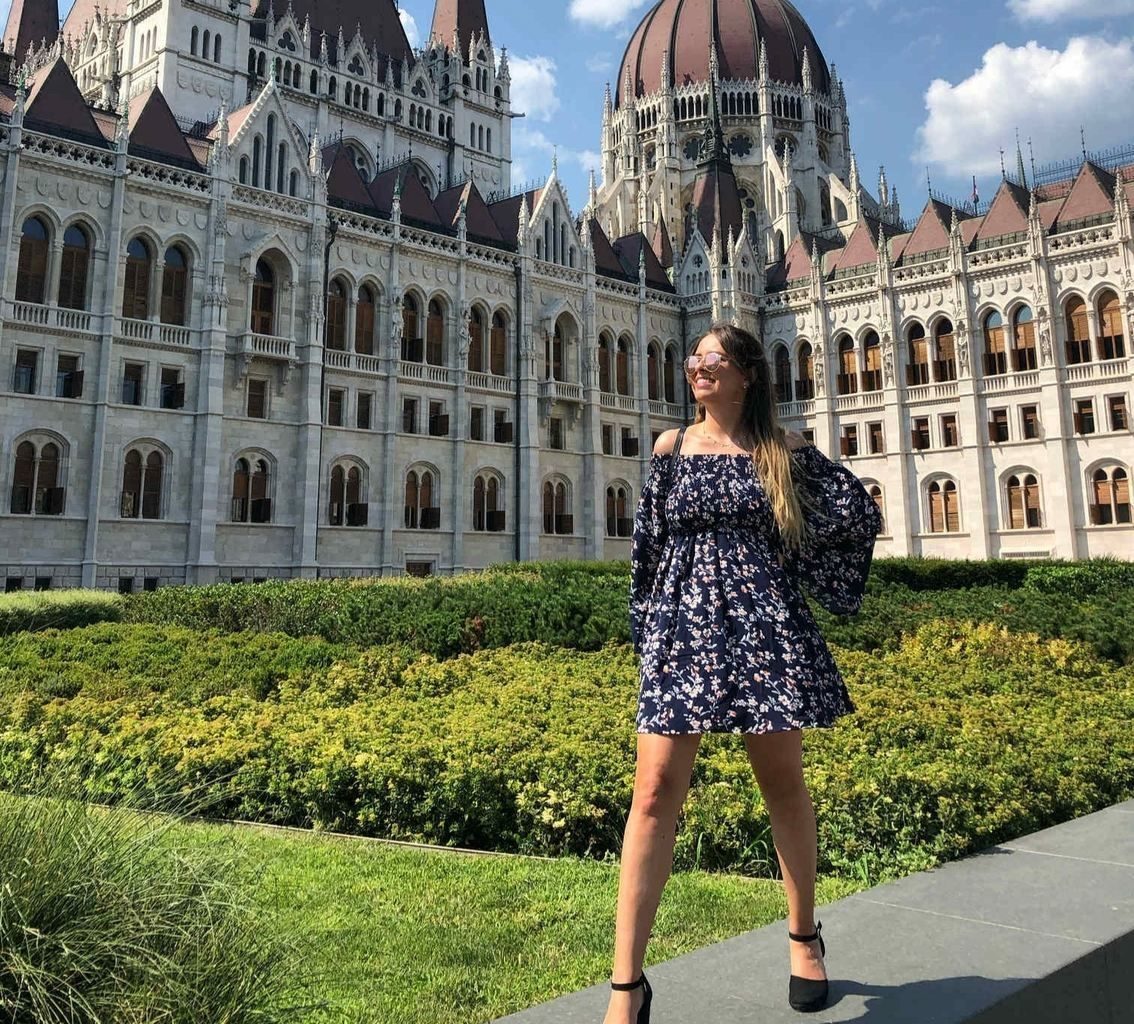 Brazilian-born TikToker goes viral on the app in Hungary – VIDEOS

Fernanda Marx became a TikToker with more than 34,000 followers and 1.6 million likes in less than five months. She is from Brazil, but she has been studying as an architect in Hungary for 2 years. The majority of her viewership is from Hungary, and aside from her ‘Túró Rudi addiction’, she often makes content dealing with the Hungarian language. Although she is busy making new content and trying out Hungarian snacks, she agreed to give a short interview.

Some of your TikTok followers might already know, but can you tell us why or when you decided to study in Hungary?

As weird as it sounds, I am an architect, and I was working as a substitute university professor in Brazil. To be able to get a more stable job, I decided to look for opportunities to do a doctorate abroad, and that is when I found out about Hungarian education and the University of Pécs.

As we saw on your TikTok, you speak several languages. What do you think makes Hungarian such a hard language to learn?

I am a native speaker of Portuguese, and I can communicate very well in Spanish and English, as well as some French. However, Hungarian is completely different from all the languages I know. For me, it is just like learning from the very beginning, I feel like a baby learning their first words. Also, the pronunciation is very hard, one mistake and you are saying a completely different sentence.

Unfortunately, not many Hungarians know foreign languages. Is it hard to communicate and did it cause you any inconvenience?

Sometimes it can be hard, especially when under pressure, for example, at the hospital or when dealing with administrative things. At first, it was very common to order something and get something totally different from what I was expecting, but somehow, I got used to it. Now I know a few words and sentences which make life easier.

You have already spent two years in Hungary. What was your worst and what was your best experience in the country?

I do not remember anything bad; I have been so lucky in Hungary. I only have good memories; I met the best people, and I am enjoying my life to the fullest. Since I arrived in Hungary, I have been trying to be involved in a lot of projects, and I rarely refuse to go to a party or event. Last year, I was part of an international recipe book which was really cool. I also won the second prize in the “This is my Hungary” video competition in Budapest. In the video, I showed my daily life in 30 seconds; it even appeared on Hungarian television news. Now, thanks to TikTok, I experience something very different; people recognise me on the streets and ask for pictures in Pécs. Everything is just amazing.

If I am not mistaken, you are currently living in Pécs, and you love it there. What other cities do you like in Hungary? Have you visited many of them?

I love Pécs indeed and I try to travel inside Hungary as much as I can. Now I am posting videos on TikTok about every city that I visit, and I always ask my followers tips about the places I go to. But even before the app, I was already travelling a lot. I know a lot of cities; Sopron, Esztergom, Szeged, and Siófok are among my favourites, besides Pécs and Budapest, of course, but there are still many places I want to explore.

Have you ever been there? 🇭🇺 Such a nice city! Where should I go next? 💕 ##magyarország ##hungary ##nekedbe ##fyp ##daytrip ##szentendre

It is evident from your TikToks that you are quite fond of ‘Túró Rudi’. Do you have anything similar in Brazil?

I have never tasted anything similar to ‘Túró Rudi’ in my life, that is why I am crazy about it! Can you believe I only tried it because someone recommended it to me on TikTok? I am getting to know so many good things with this app, you have no idea.

What cuisine and place would you recommend foreigners to visit if they travel to Hungary?

Well, there are a lot of typical Hungarian restaurants in every city which are worth going to. However, the street foods are my favourite, for instance, ‘lángos’ and ‘kürtőskalács’ are dishes you can find on every corner, and they are just the best.

While Fernanda Marx gave Daily News Hungary this interview, she mentioned that the reason she downloaded the app in the first place was the lockdown in Hungary. Although she already had some experience making videos (she won second prize in the “This is my Hungary” video competition), I think it is a good lesson that it is worth channelling your excess creativity into something you like doing. It will certainly turn out amazing, and it could even change your life. Give her a share and a like if you can. 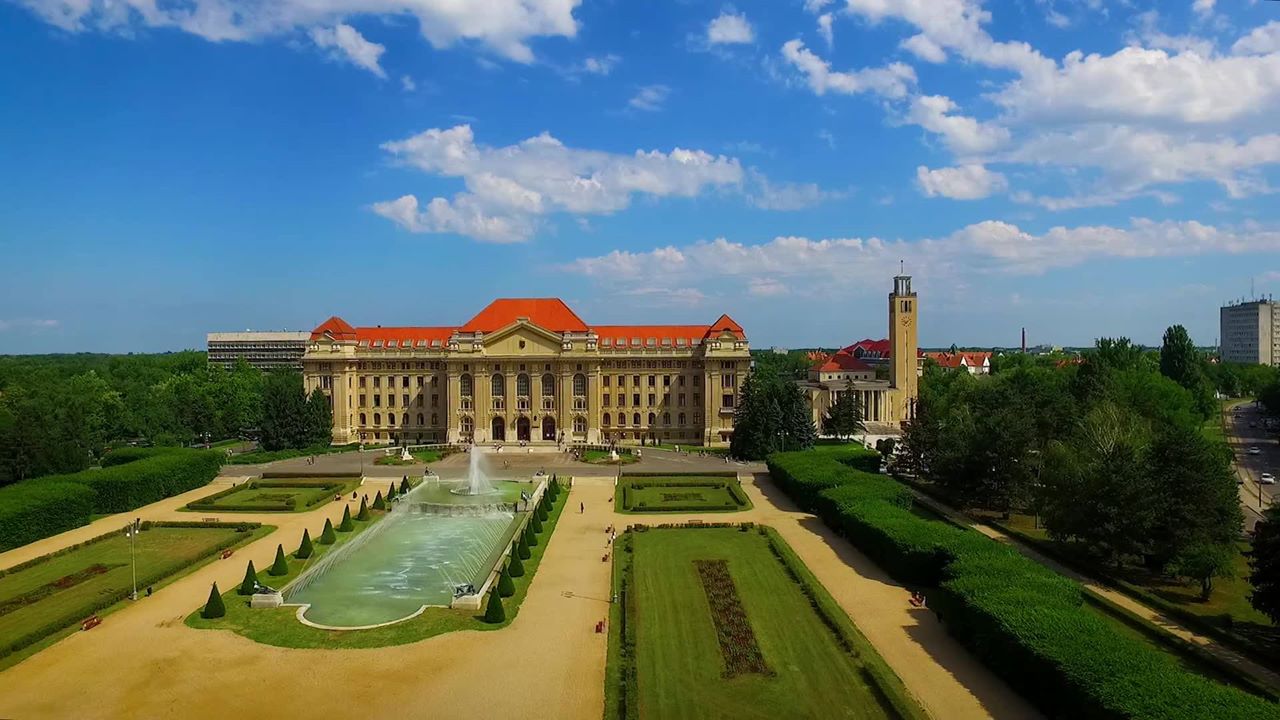