Budapest-Belgrade railway line will be ready by end-2023? 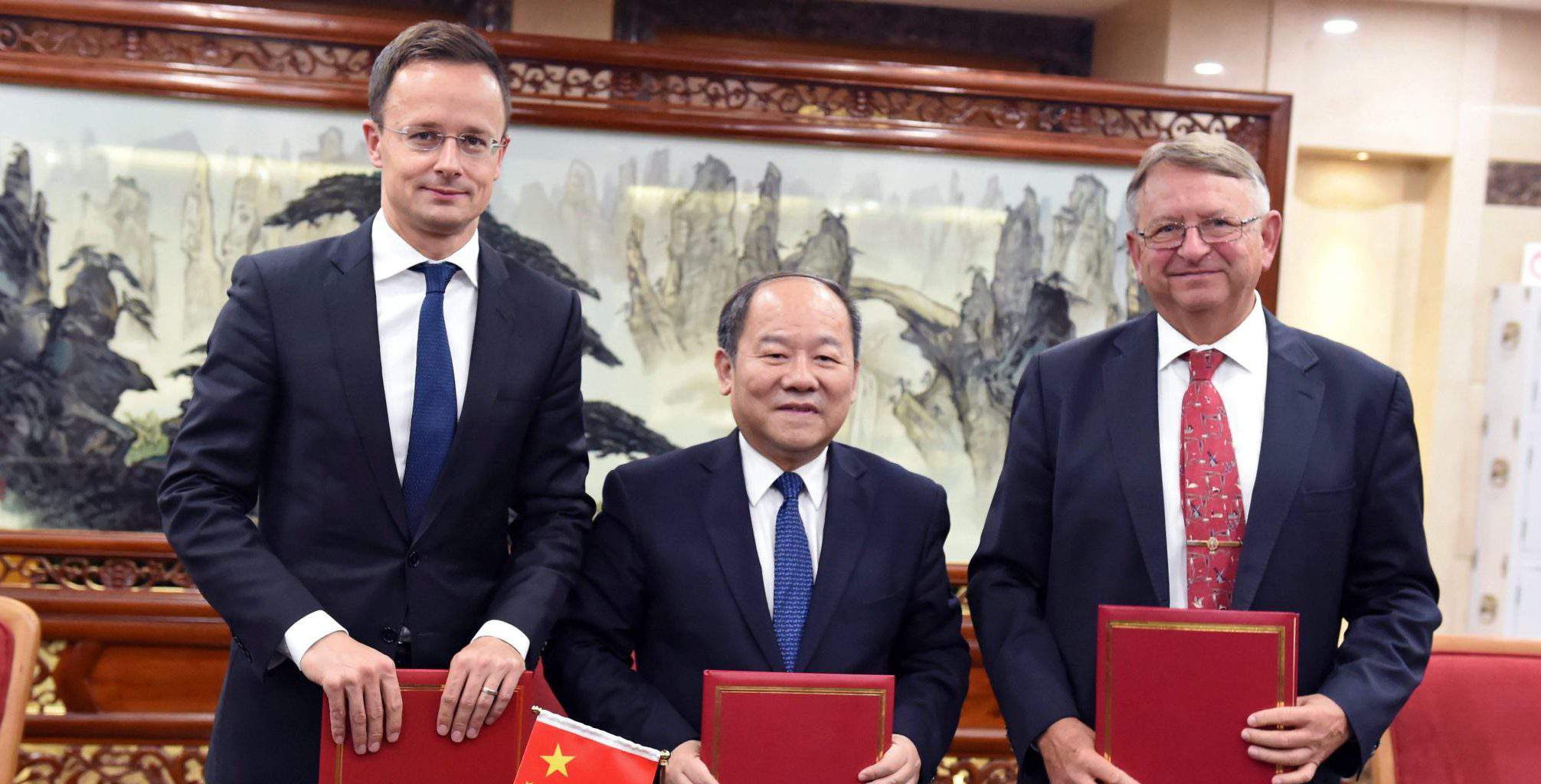 The Budapest-Belgrade high-speed railway line must be completed by the end of 2023 at the latest”, Minister of Foreign Affairs and Trade Péter Szijjártó, who is currently on a three-day official visit to China, said in a telephone statement to Hungarian news agency MTI from Beijing on Friday.

The Minister first held talks on the trilateral Budapest-Belgrade railway line project with Vice Chairman of the Chinese National Development and Reform Commission Ning Jizhe, after which he attended the seventh session of the trilateral Hungarian-Serbian-Chinese intergovernmental working group.

China would like to significantly increase its exports to Europe.

The maritime route for trade leads from Eastern China to the port of Piraeus in Greece, from where they plan to ship goods on towards the interior of the continent by rail, the Minister explained.

There is competition to see which countries the transport route for Chinese goods will pass through, he said, adding:

If the Budapest-Belgrade railway line is constructed, it will be the fastest transport route between Greece and the interior of Europe.

The projects represents a major advantage to Hungary and Serbia with relation to job creation, logistics and financing, he underlined.

With relation to the Hungarian stretch of the planned railway line, Mr. Szijjártó told the press that the documentation of the construction tender was requested by thirty companies, of which two consortia submitted valid applications. Both consortia are Hungarian-Chinese joint ventures. According to the schedule determined at Friday’s session of the Hungarian-Serbian-Chinese intergovernmental working group, the two Hungarian-Chinese associations must submit their technical bids by the end of July, following which technical negotiations with the two applicants will be held in September, and the contract with the wining applicant will be concluded by late November, or at the very latest by the end of this year, he explained.

The financial budget determined by Hungarian engineering experts is 525 billion forints (EUR 1.65bn) plus a 10 percent reserve, meaning financial bids must be within this budget, the Minister said.

Negotiations on the Chinese loan to be provided for the project are still ongoing, there are still a few points that need clarification, Mr. Szijjártó said. The Hungarian Government has given China’s Export-Import Bank (Exim Bank) and Hungary’s Ministry of Finance until the middle of September to come to an agreement on the remaining points.

Following the signing of the contract with the winning bidder, a maximum of 18 months will be available for the project’s planning and licencing phase, while a period of two-and-a-half to a maximum of three years has been determined for construction. Accordingly, the Budapest-Belgrade high-speed railway line must be completed by the end of 2023 at the latest, he underlined.

The Serbians are also capable of keeping to the schedule, he added.