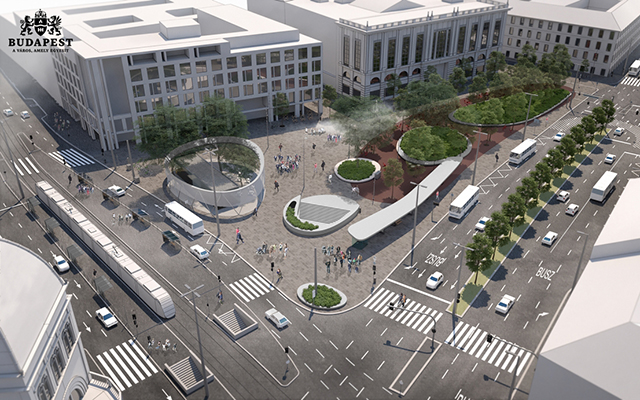 Budapest general assembly: Blaha Lujza Square to be renewed by the end of 2021

The Budapest assembly decided at a meeting on Wednesday to establish a 20 million forint (EUR 60,000) allocation for drug prevention to support NGOs and other organisations working in the field.

Funding will be available by application, to be assessed by a committee before a final decision is made by the mayor.

A Budapest Drug Prevention Coordination Forum set up in line with an assembly decision this March is chaired by the mayor and co-chaired by the Budapest police chief.

The assembly has also decided that this year Budapest will again join the European mobility week and a car-free day will be held on Sept. 22.

Additionally, the body has ruled that during smog alerts, restrictions will be expanded to the use of Euro-5 diesel engines in Budapest.

As we wrote before, the Budapest Mobility Plan was announced by the capital’s authorities, which outlines planned projects in the city over the next 6 to 11 years. All budget scenarios involve the introduction of a congestion fee by 2025, read more HERE.

The assembly has also decided to allow the city to raise a loan on 7.4 billion forints in order to acquire 100 percent ownership of the Rác thermal baths and hotel during its current liquidation procedure. Read more details: Will one of Budapest’s most reputable baths be saved?

Also, Blaha Lujza Square and its underpass are to be renewed by the end of 2021 from a budget of 4 billion forints provided by the capital and central government.

At the same time, a new public transport customer centre will be built there. Construction is expected to begin in the autumn.