MLSZ – Hungary went close to defeating Africa’s continental champions Ivory Coast in a positive display at the Groupama Aréna in Budapest today but despite creating several chances in the first half, the winning goal that a boisterous home crowd craved was not quite forthcoming.

Both sides started brightly in what had been anticipated to be an open match, Balázs Dzsudzsák seeing several shots from distance blocked and central midfielder Ádám Pintér also finding his effort deflected to safety after he’d stormed into the box unmarked to reach the ball after good wing-play from Ádám Gyurcsó. Gyurcsó also had a inswinging free-kick from the left channel well-saved by Sylvain Gbohouo but the visitors weren’t without their moments of danger either, Max Gradel screwing his low drive from the right side of the penalty area across the face of goal. 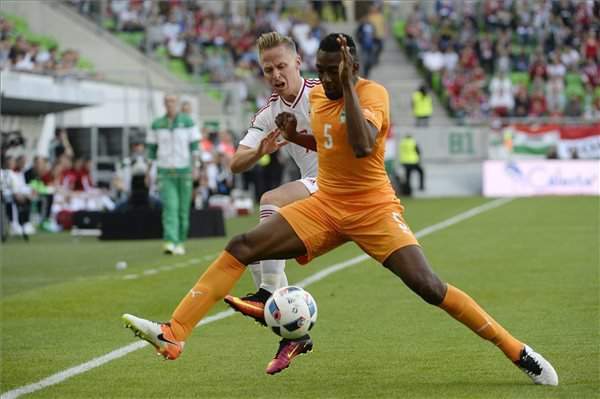 The momentum was clearly with the home team though and it seemed only a matter of time before Bernd Storck’s men would take the lead, Kleinheisler latching onto a loose ball only for his instinctive,first-time volley to career narrowly over the crossbar, before Gyurcsó then broke clear just after the half-hour mark and tested Gbohouo, who was grateful to one of his defenders for blocking Szalai’s follow-up shot on the line after the ball had rebounded from the keeper’s outstretched left palm.

Time and again Szalai would find himself in the right place at the right time in an encouraging first-half performance but his use of the ball will be the one area he’ll be looking to improve upon in the coming weeks, one or two misplaced passes and that chance from close range being the only moments holding him back from posting a genuinely impressive performance.

He wasn’t the only player who can take heart from their displays though, Kleinheisler showing he can cause problems with his incisive movement, Gyurcsó’s direct running troubling the opposing right-back Mamadou Bagayoko and Ádám Nagy back to his energetic best in central midfield after a recent injury. 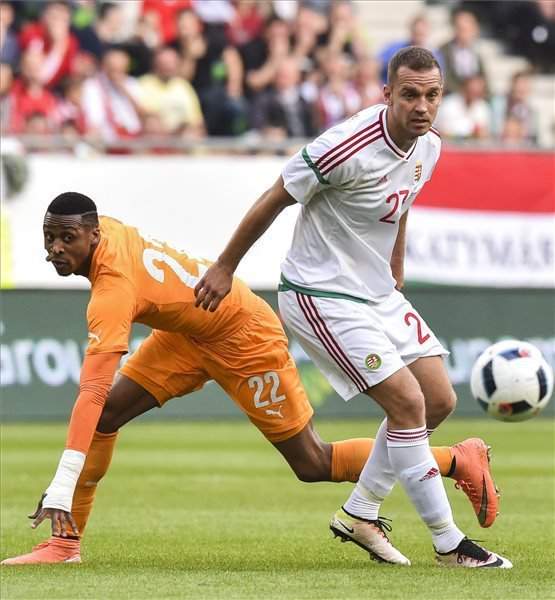 Unfortunately the second half was a stark contrast to the first, Côte d’Ivoire more readily sitting deep and Hungary struggling to break down a very well-organised defensive structure. On the counter-attack Salomon Kalou headed a good chance over and Victorien Angban shot straight into the arms of Péter Gulácsi, a half-time substitute for Gábor Király, but in general Bernd Storck’s men never looked in danger of conceding a goal and they will be happy to again remind everyone of their defensive prowess.

What remains now is to put together the last part of the whole ‘jigsaw’, that of converting the opportunities which, in the first half of today’s match, the team has made clear they can create.