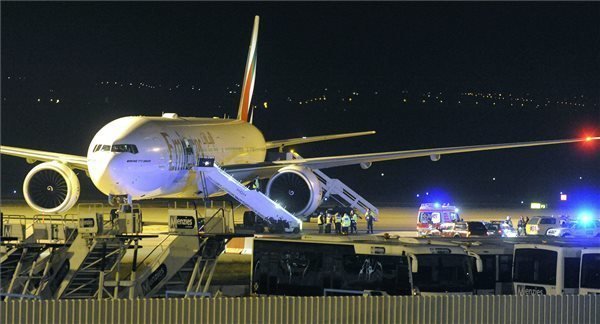 Budapest, October 26 (MTI) – An Emirates plane was forced to make an unscheduled landing in Budapest after one of the passengers suddenly became unwell, aviation news portal Airportal.hu reported on Monday.

The Boeing 777 aircraft was flying from Birmingham to Dubai when it diverted to Budapest’s International Liszt Ferenc Airport after an elderly passenger complained of feeling unwell, the portal said. The plane was flying over Cluj-Napoca (Kolozsvar), Romania, when it turned around, it added.