Europe’s biggest Persian rug is made in Hungary

Do you know what’s common in the Queen of England, the President of the USA and the representatives of the Hungarian parliament? They all walk on Persian rugs made in Hungary. According to hvg.hu, Europe’s biggest Persian rug is currently being made in Békésszentandrás.

Based on their movements, the team making the new rug for the Parliament’s upper house lounge could even take part in a sailing competition. The knotting technique has been used for many centuries and the same women have been continuing the tradition in Békésszentandrás for decades.

The seven metre wide rug necessitates the work of seven women, who sit near each other and knot the wool bit by bit. One hundred thousand knots fall onto one square metre, which means that one row is made up of more than two thousand knots. This way, they make six centimetres one day. No matter how detailed the pattern is, this is not more than the head of the crane for instance. 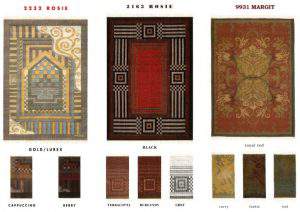 They have two years to complete the great masterpiece as it has to be finished by next summer. It will be great, literally:

The 21.3×7.3 metre big rug to be found in the lounge of the upper house in the Parliament will be the biggest hand knotted rug in Europe.

“We made the previous one as well, in the end of the 1960s, but it has become quite worn-out, hence the commission” says Ernő Czuczi, the managing director of the Art-Kelim Ltd. of Békésszentandrás.

The village found in Békés County is the last place in Hungary, where hand knotted rugs are made in such a high quality. But the place was also the home of Hungarian Persian rugs.

Next year marks the one hundredth anniversary of a couple settling down coming from Transylvania. The husband became the notary of the village, while the wife stayed at home to knot. Then she taught the other women to knot so well that between the two world wars three corporations already dealt with the business.

“Everyone knew how to knot and weave in the village. This was the only job opportunity for women, while men worked as construction labourers. When they had nothing to do in winter, they helped women with knotting” says the director of the company.

The business flourished in the 1970s.

The women of Békésszentandrás renovated the worn-out rugs of the castles along Loire, and made Persian rugs for the Windsor Castle and the White House.

They even knotted rugs in Vietnam to complete the orders. However, it has always been hard to make a living out of this. 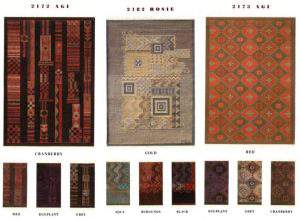 “A good 2×3 metre machine-made rug is sold for around 60 thousand forints, but a similar sized rug costs one and a half million forints in our case. While the machine makes at least a hundred a day, one person makes one square metre in our company. It’s hard to explain what the price is made up of: the wool is from New Zealand and one square metre equals one month’s work of one people.”