Fast-track road to airport reopened for traffic after fatal crash

The fast-track road was closed down on Monday morning, after one person died and several others were injured, including three members of Greece’s national football team, when a taxi and a car collided. 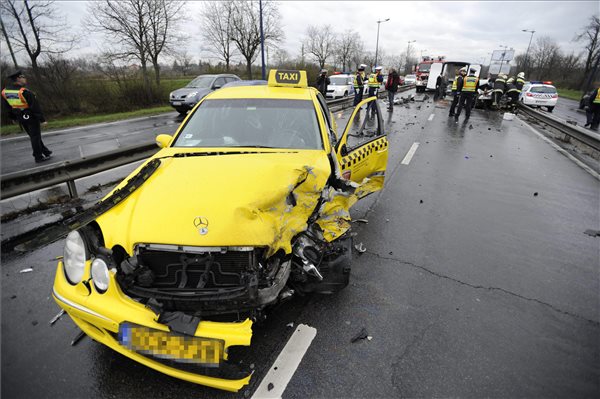 The three Greek footballers suffered light injuries, the Honved hospital, where they are being treated, told MTI in a statement.

Nikolaos Vlahakis, press chief of the Greek embassy in Budapest, told MTI that the three sportsmen, Vangelis Moras, Panagiotis Tachtsidis, and Yannis Fetfacidis, had been in the taxi and were on their way to the airport when the accident happened.

In 1949, the Hungarian capital celebrated the reconstruction of Budapest Chain Bridge,…
Israel will allow a temporary shipment of cement and tires through the…
We and our partners use technologies, such as cookies, and collect browsing data to give you the best online experience and to personalise the content and advertising shown to you. I accept
Privacy & Cookies Policy