It seems that the positive trend of the last few months stopped in Hungary. The number of new infections is rising again, while the rate of positivity also grows. More and more patients have the virulent Omicron variant. Furthermore, the reproduction rate of the virus grows, and the amount of the virus’s hereditary material in wastewater increases. As a result, experts say the fifth wave of the epidemic arrived in Hungary.

According to portfolio.hu, Hungary reported 2,429 new coronavirus infections on Tuesday, which rose to 5,270 on Wednesday. That is 77 pc more than a week before. Of course, the previous week’s data might be lower because of the fewer tests done after Christmas. The news website says, however, that the trend is positive again. That means the number of new infections will rise in Hungary again.

The rate of positive tests is rising in Hungary. At the end of the fourth wave, it decreased to 15-16 pc, but that rose to 19-20 pc. Based on WHO, an epidemic is under control if this rate is below five pc. The above data show that the fifth wave started in Hungary before the fourth wave stopped. The same happened between the second and third waves, as well. As a result, employees of the Hungarian healthcare system do not have a chance to relax and regenerate.

Everybody agrees that the new wave’s reason is the Omicron, not the Delta variant. The National Public Health Center said it was responsible for 11 pc of the new infections. Meanwhile, Neumann Labs said that the new variant was present in 78 pc of their samples. As we reported, this rate was above 60 pc in December.

Gábor Vattay, a physician professor of ELTE University, said yesterday that in Budapest, the Omicron rate might be around 50 pc. Thus, he added that the fifth wave started in the capital. He cleared that the national rate might be at 25 pc. Today he updated his data: 64 pc in Budapest and 33 pc in the country.

The so-called R number is rising again in Hungary. At the end of the Delta wave, it went under 1, but now it is above. That means one infected gives the virus to more than one person.

The National Public Health Center said the amount of hereditary material of the virus rose again in the wastewater. The trend was a significant decrease in the last few weeks. The turning point was in the last week of 2021. The tendency shows rise again in Budapest, Eger, Kaposvár and Szekszárd. The amount of the virus’s RNA decreases only in

Data show that the fifth wave of the virus arrived in Hungary. That means the number of new infections will show a significant rise in the next few days. As a result, there will be a lot of infections, international data say. Although the Omicron spreads quicker, international experience shows it does not cause as severe symptoms as the Delta did. 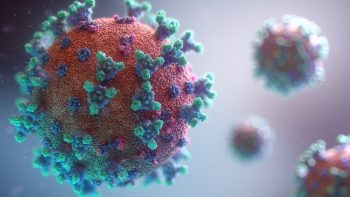