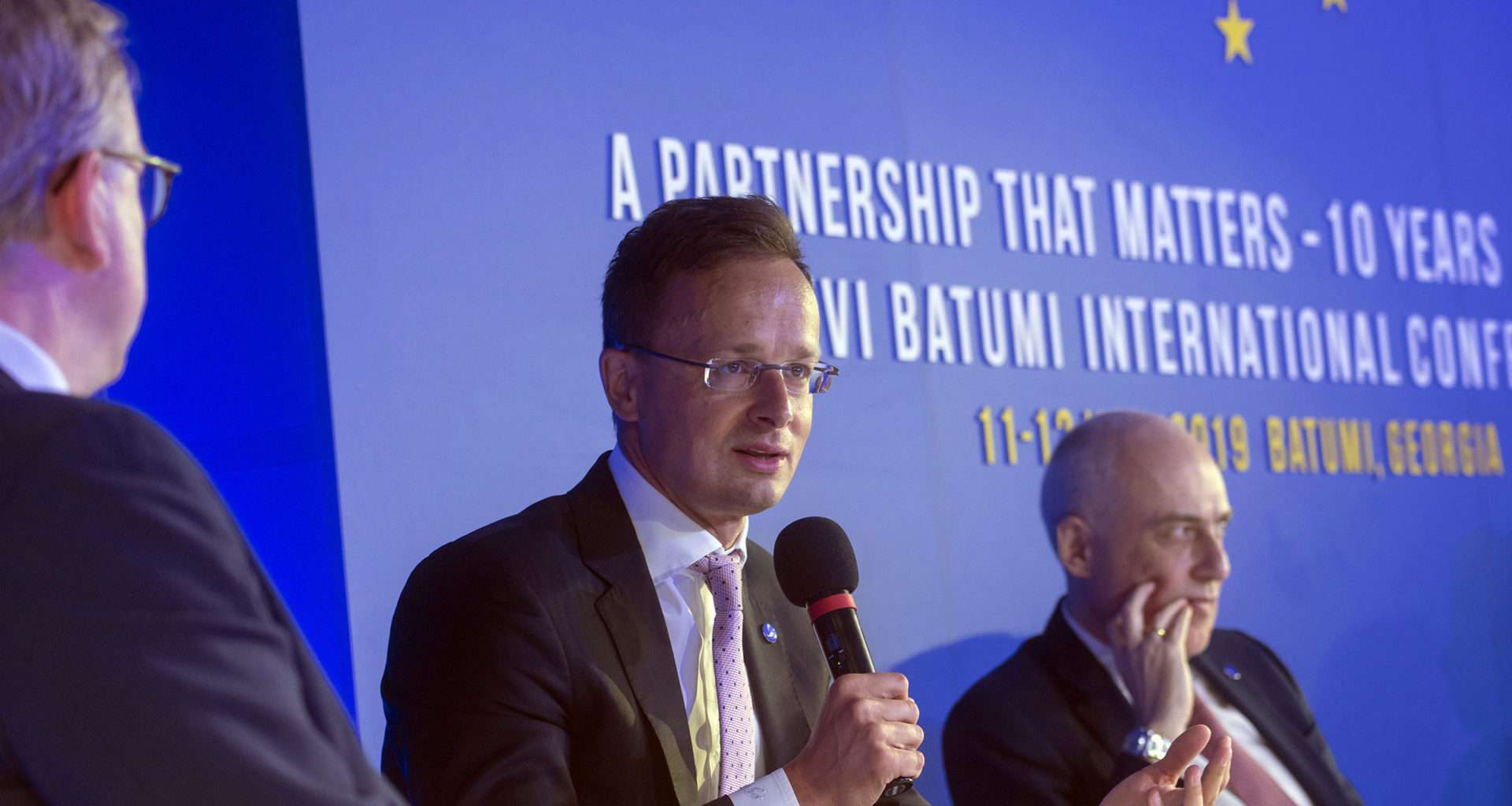 Hungary is providing help at multiple levels to Georgia in deepening its ties with the European Union and NATO, Foreign Minister Péter Szijjártó said on Thursday.

Failure to bring stability, peace and progress to the EU’s eastern neighbourhood will also affect central Europe, and therefore Hungary, Szijjártó told MTI by phone from Batumi after attending an international conference. This, he added, would have negative security and economic implications for central Europe.

“Contrary to certain western European countries, Hungary is supporting the strengthening of cooperation in the European Union’s and NATO’s eastern neighbourhood not just in words, but in actions as well,” the minister said.

Szijjártó highlighted Georgia as a key member of the EU’s Eastern Partnership programme, adding that the Hungarian government was helping the country tighten its cooperation with NATO and move closer to becoming a member of the military alliance.

Meanwhile, he noted that Hungary has 12 officers serving in the United Nations’ Observer Mission in Georgia, adding that the government intends to maintain Hungary’s role in the mission.

Additionally, Hungary will be posting a diplomat to Georgia’s foreign ministry in Tbilisi from September with a view to helping with preparations for Georgia’s EU integration.

Szijjártó said he had agreed with Georgian officials that Hungarian companies will be involved in Georgia’s ongoing sports, health-care, tourism and infrastructure projects. He added that Hungary’s Eximbank will open a 214 million dollar credit line to help improve the competitiveness of Hungarian companies on the Georgian market.

In addition, Hungary will contribute 16 million forints (EUR 49,100) towards a project aimed at modernising Georgia‘s agriculture, Szijjártó said. Further, a Hungarian and a Georgian company have partnered to develop defence technologies, he added.