Budapest, June 2 (MTI) – The government expects migrants in the country to observe its laws, János Lázár, the government office chief, said on Thursday.

Referring to recent unrest among detained migrants in Kiskunhalas, in southeastern Hungary, Lázár said that the detainees should not “abuse Hungary’s goodwill” and should cooperate with Hungary’s authorities. He noted that a group of 300 detainees protested against their confinement on Wednesday. Lázár said they had acted violently. 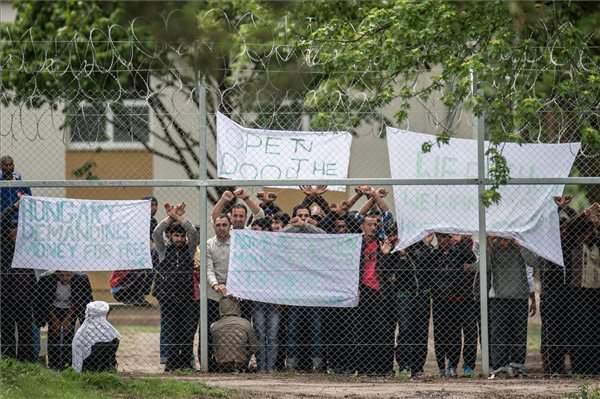 Concerning migration in general, Lázár said that this posed a serious challenge along the Hungary-Serbia border. Since there is no such pressure at the border with Romania, another fence along the latter border section is unnecessary, he added.

Lázár reaffirmed the government’s position that Hungary would reject any migrants returned to the country by the authorities of western European countries.