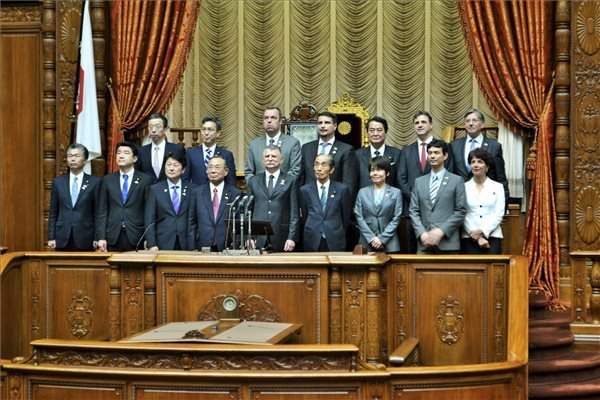 Tokyo, May 12 (MTI) – Hungarian House Speaker László Kövér met Masaaki Yamazaki, the president of the upper house of the Japanese parliament, during his official visit to Tokyo, he said on Thursday.

At the talks Kövér expressed hope that his current visit will pave the way for a more intensive cooperation between the two countries’ parliaments, the house speaker told MTI in a statement.

Masaaki Yamazaki said the visit by the Hungarian delegation led by Köver is a highly important step in further strengthening relations and cooperation between the two countries.

Concerning bilateral economic ties, Kövér noted that Japan is the largest investor in Hungary from the Asian region. Japanese businesses have so far invested 4 billion euros in Hungary and employ 26,000 people. 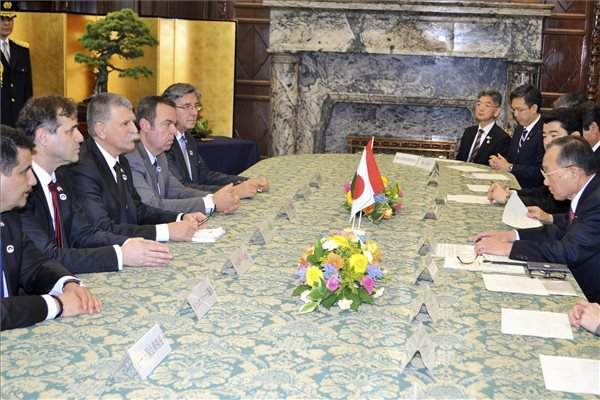 He further highlighted cooperation in culture and education, noting that there are currently 300 Japanese medical students in Hungary.

As part of his programme, the Hungarian house speaker was received by Emperor Akihito and his wife at a private audience.

Kövér is scheduled to meet later in the day members of the Japanese-Hungarian Friendship Group, as well as Japanese business leaders.