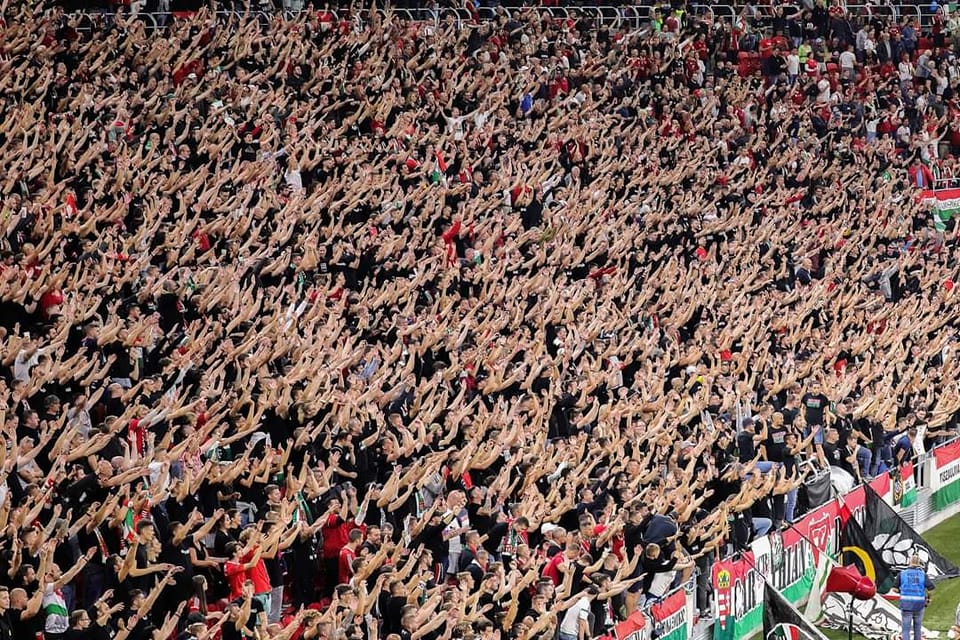 The Hungarian Football Association (MLSZ) has banned fans identified as “renitent” at a recent Hungary-England match in Budapest, from attending further matches for two years.
MLSZ spokesman Jenő Sípos told MTI on Thursday that an investigation was under way to identify others that behaved violently during and after the September 2 match in the Puskas Arena, which England won 4-0.
According to earlier reports,

as a gesture against racism at the beginning of the match, while they threw plastic cups and other objects into the field after each goal.
Britain’s Football Association turns to FIFA over racist incidents in Budapest – UPDATED, VIDEO
FIFA also launched an investigation into the incident and decided that the Hungarian team must play the next world championship qualifier behind closed doors, and suspended a similar decision for a further match for two years.