Gloveye is a successful Hungarian startup that makes it possible for the blind people to read typed texts. They won the national Microsoft Imagine Cup and got invited to the final in Seattle as well. Now, they are about to travel to Amsterdam. Forbes.hu writes about this amazing team. 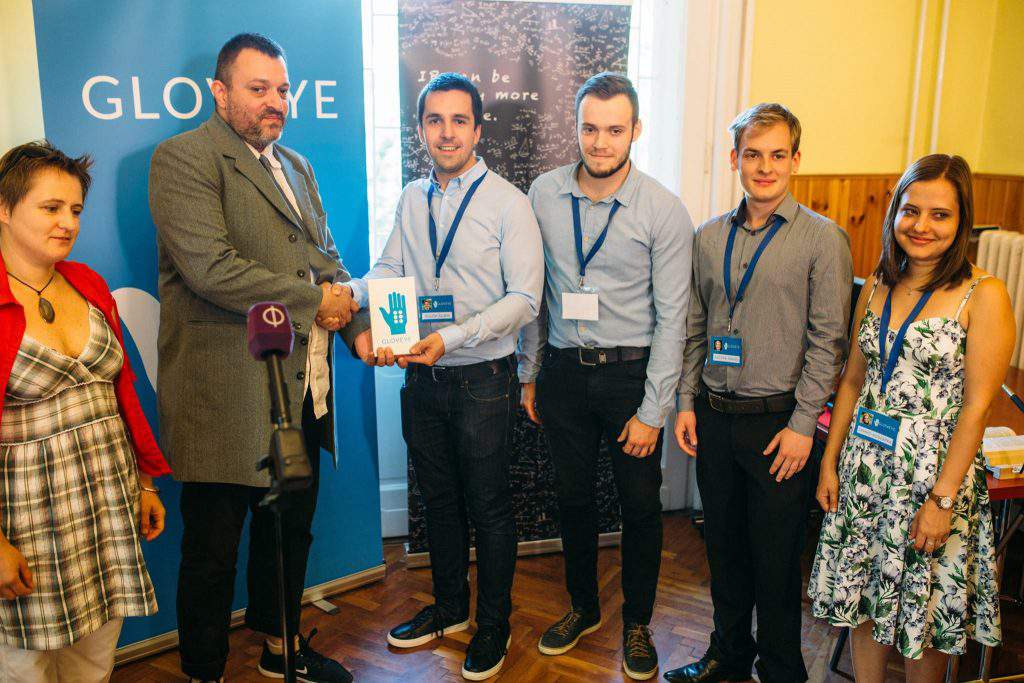 Ádám Fülöp and Krisztián Klinkó are the founders of Gloveye. They are making music, and they have a band called Fadi&Klinko. They were travelling to Cologne when Krisztián told his idea to Ádám. As he was travelling by tram in Budapest, he saw a blind person making a screenshot on his mobile so that a programme could read the text out loud. It did not seem like a good solution, for Ádám not only because of the loud noises that made the phone hard to hear but also because the person had a hard time holding the handrails. This was when the idea popped up in his mind:

a gadget that transfers typed words into Braille signs in gloves could be a solution.

Ádám and Krisztián applied for Microsoft’s international innovational competition the ImagineCup. Teams with three members could join the event. Therefore Bogi Zemkó joined them representing the business line. This time, the guys had already been attending the master degree programme at the Budapest University of Technology and Economics. Bogi had been studying at Corvinus University, and she knows Ádám from Mathias Corvinus Dormitory. 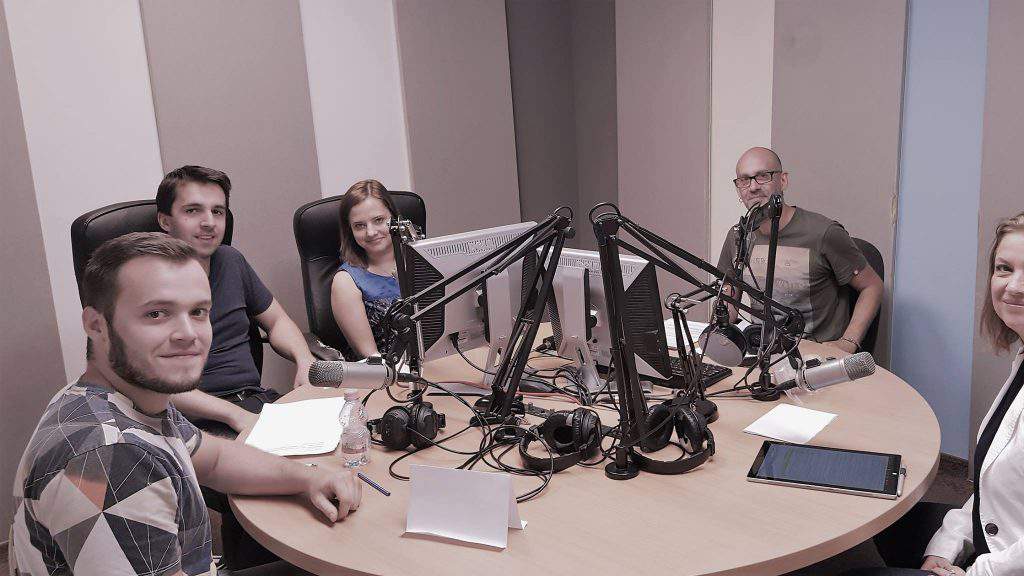 Krisz was responsible for the hardware and Ádám was the programmer theoretically. However, everyone was dealing with everything in reality. It had always been the team’s priority to help those in need; this is why they contacted many organisations. They invented something, showed it to the experts and if it did not work, they tried again. For the sixth time, they managed to develop gloves that really worked.

How does it work?

Gloveye produces smart gloves that help the visually impaired people read. The users scan the whole text with their phones, the application warns them if not the full page is about to be scanned, then they can go forwards and backwards with scrolling up and down with the gloves.The phone communicates with the Braille cells in the gloves via Bluetooth.

As the users touch a word on the screen, the programme formes that given word into Braille signs that the users can feel them in the gloves. 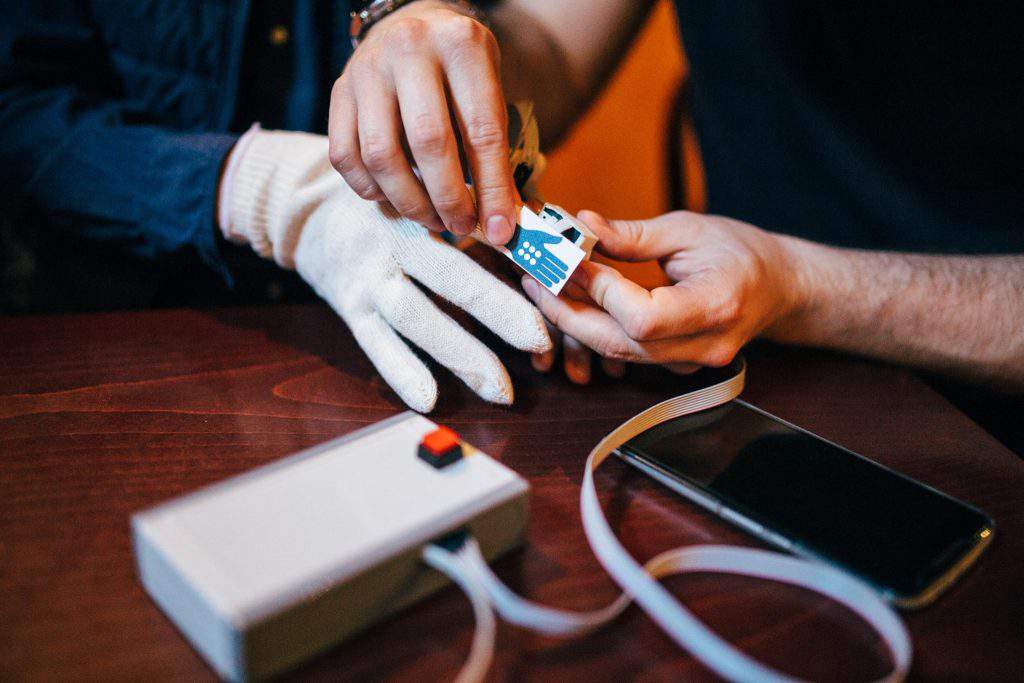 Gloveye won the national ImagineCup competition in Hungary and made it to the final.

They made it to the top 32 out of 54 teams at the finals in Seattle.

At the first round, they just had to stand by their booths and introduce their inventions. They were so successful that they are one of those three teams who are in the event’s promo video.

At the second round, teams were separated into groups of four and the best ones qualified for the best 32. Here, they were in one group with a Canadian team. They invented an Xbox Kinect camera that can tell whether the subject has Parkinson disease. Gloveye felt that everything went smoothly, but the Canadian group made it further. The Hungarian team members were very disappointed, and as Ádám remembers, the saddest thing about it was that they did not get any justification or evaluation. The competition was a good experience, though, not to mention the fact that Gloveye got introduced to the press.

Currently, only Ádám is the member of Goveye from the original trio. His friend, Péter Szombathelyi and Ábel Csató joined the team. Ábel introduced Zsófia Tillinger, who is now the speaker of the company. According to Zsófi, there are many gadgets available today that makes the blind people’s life easier. However, these gadgets are very expensive on the contrary of Gloveye.

They also want it to be medically accepted so that users can buy it with health support. 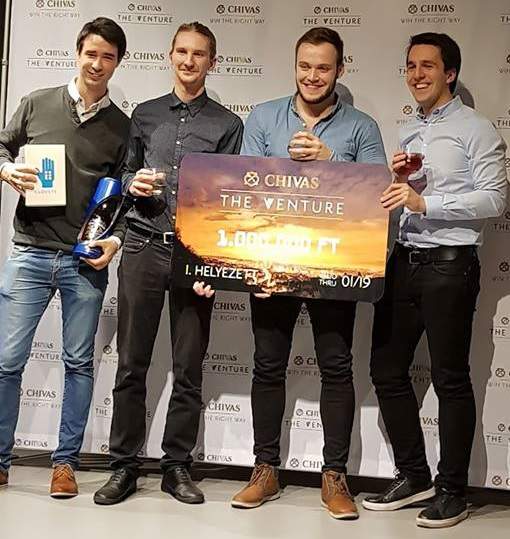 Even though Ádám did not want to take part in any competitions after ImagineCup, he finds Design Terminal and Chivas good opportunities to support the start of his company. The team has already issued a patent, but legally no company exists yet. According to their estimations, they will need about 60 million forints (200,000 dollars) to kick off their business. If they do not get the first prizes at the competitions, they will start searching for investors. They do not find that a challenge since they got many requests since ImagineCup. Preparations have already started in March in Oxford, and the competition will continue in Amsterdam in May.