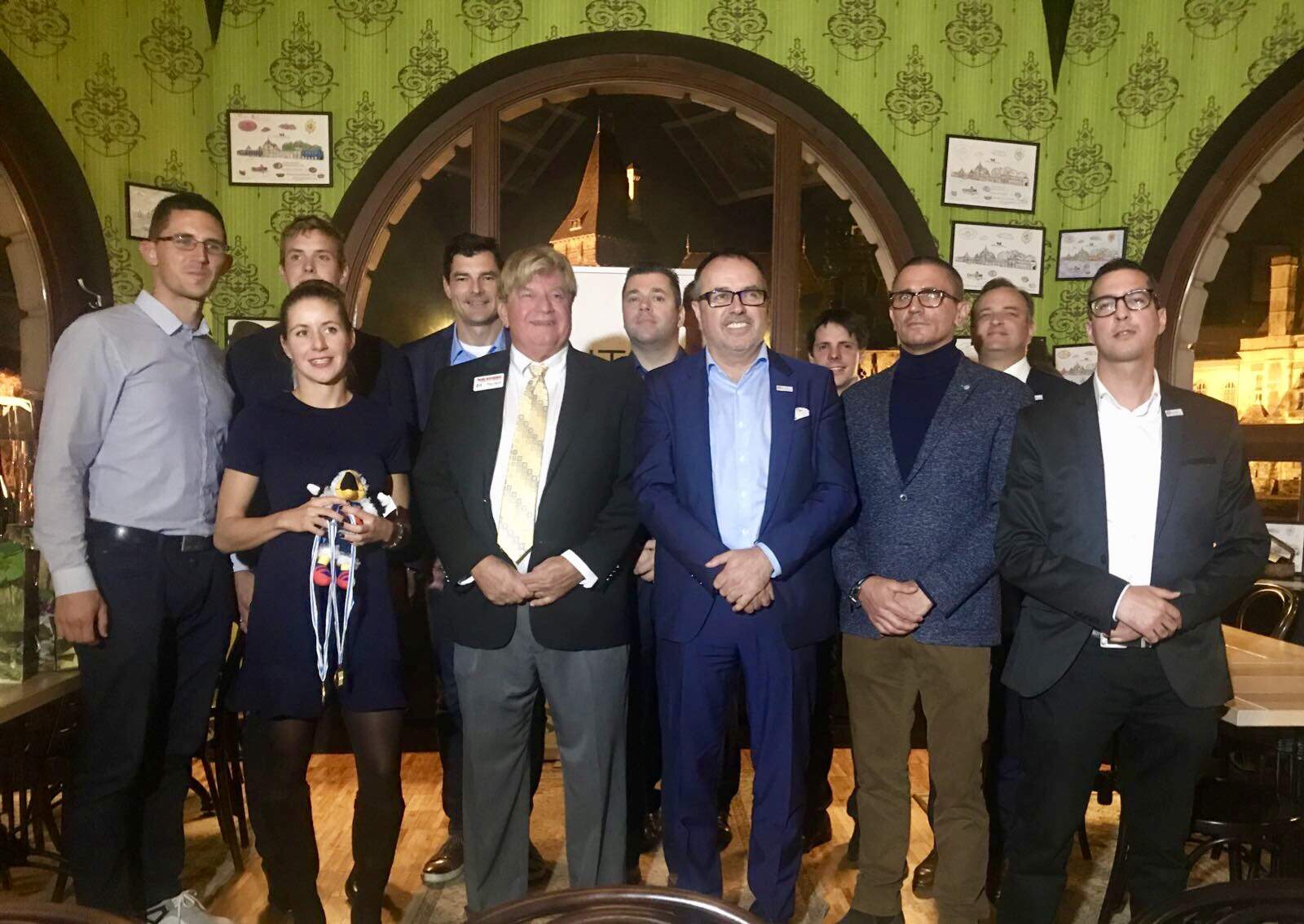 The representatives of the Hungarian Trade and Cultural Center (HTCC) and of the Florida International Chamber of Conference (FICOC) gathered together on the 25th of October at the Városligeti Café to celebrate the gold of the Hungarian rowing pair. The Hungarian team won a gold medal at the 2017 World Rowing Championship on the 29th of September.

At the celebratory event, the champions Béla Simon and Adrián Juhász were present too, along with their coxswain, Vanda Kolláth, also Dr. Szabolcs Tamás Bényi, president of the Hungarian Rowing Federation.

The HTCC backing up the sportsmen at the Sarasota-Bradenton World Rowing Championship contributed a lot to their success. The FICOC played an important role too, as the partner of HTCC. It was the FICOC who made sure that the Hungarian team had a balanced training and efficient rest between the rounds. The team contacted the HTCC a couple weeks prior to the world championship. The collaboration between the sportsmen and the Center was exemplary, successful, and fruitful. The participants of the celebratory event could even see the gold medals for themselves, as the contestants have brought them along.

Sándor Balogh, president of the HTCC, told the participants that it was an honour to have been able to support such fine sportsmen as the Hungarian team.

The organisation sponsored several sports events in the past period. As it is reflected in the name of the organisation, strengthening relationships with the help of culture and sports is a very efficient and noble path to choose.

Peter Harris, the president of the FICOC, said that it was an honour for their organisation to have had the opportunity to work with the HTCC and to have helped the Hungarian team at such an important competition. The circumstances were optimal, and everything was made sure to help the team perform at their peak. He further added that it is not only that they are excellent sportsmen, but he is glad that a good friendship was born out of this event and he hopes to keep in touch with them.

The final round was screened at the event, where the Hungarian team beat the Australian contestants in an amazing and triumphant way. Photos were taken at the dinner, all the while the participants could share some personal stories and experiences.

Both the HTCC and the FICOC are proud to have been part of such an extraordinary win and hope that this cooperation will bring even more success to both parties in the future.