The digitalisation of justice and the use of artificial intelligence will take centre stage at a conference of European justice ministers Hungary is organising this week, Justice Minister Judit Varga said on Monday.

The conference starting on Tuesday is being organised as part of Hungary’s chairmanship of the Committee of Ministers of the Council of Europe (CoE) and will allow the 38 participating countries to share their experiences in digitalisation with each other, Varga told public news channel M1.

The minister said that although digitalisation made administrative processes simpler, it was crucial to ensure that it did not infringe on fundamental and privacy rights.

the pandemic had helped advance the digitalisation of justice in Europe, adding that this proved there was untapped potential in digitalisation.

Meanwhile, asked about a visit to Hungary by a delegation of the European Parliament’s civil liberties committee (LIBE) last week, Varga said the delegation’s assessment of the state of the rule of law in the country was part of a political witch-hunt against the country, adding that this was reflected in the makeup of the delegation.

She said only two of the delegation’s three right-wing members were “truly right-wing”, adding that this meant that “they have different views on the family and the issue of migration.”

“Our job is to provide the most precise legal answers possible, no matter the allegations,” Varga said. 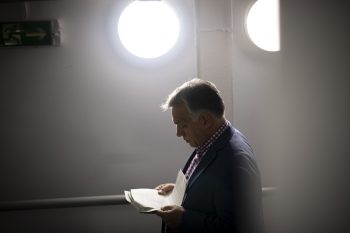