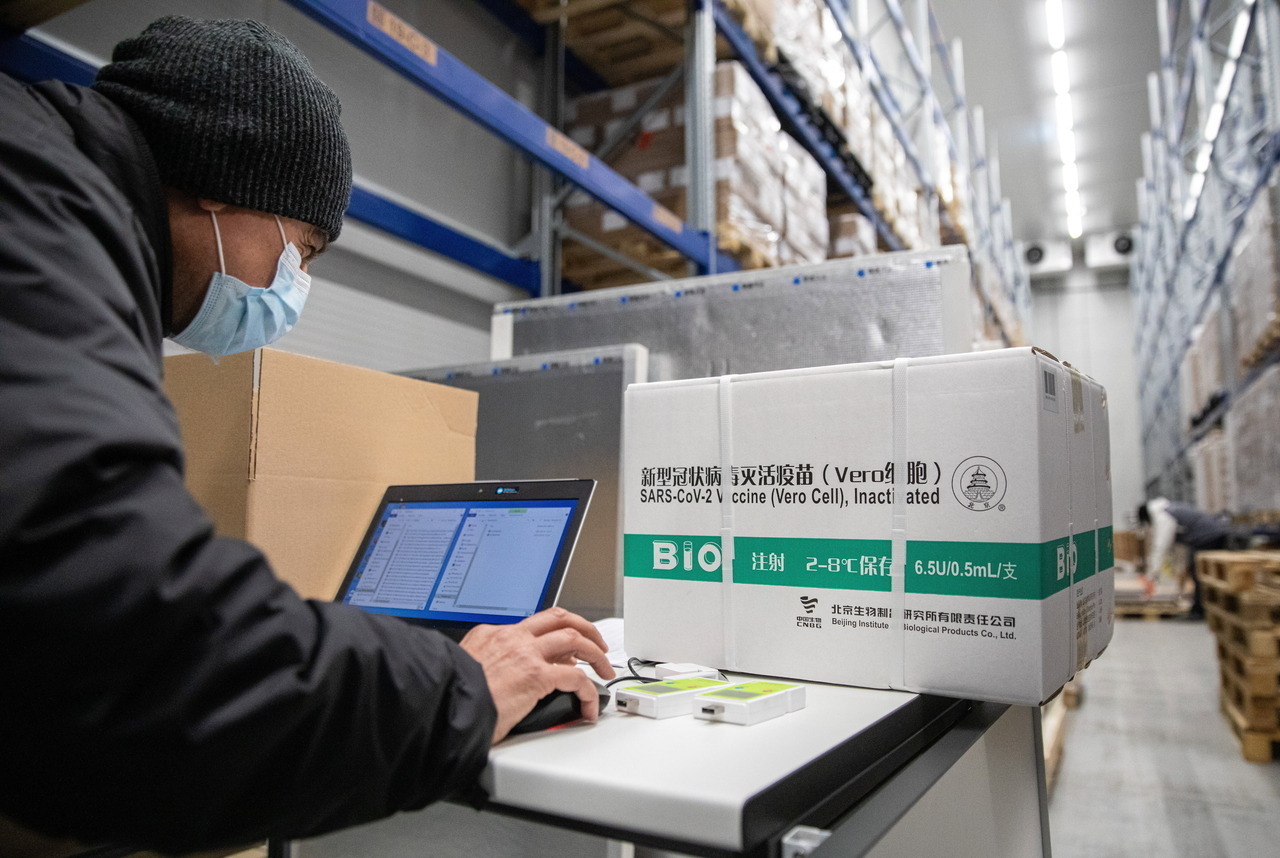 The World Health Organization (WHO) approved for emergency use a COVID-19 vaccine from China’s state-owned drugmaker Sinopharm on Friday, bolstering Beijing’s push for a bigger role in inoculating the world.

The vaccine, one of two main Chinese coronavirus vaccines that have been given to hundreds of millions of people in China and elsewhere, is the first developed by a non-Western country to win WHO backing.

It is also the first time the WHO has given emergency use approval to a Chinese vaccine for any infectious disease. Earlier this week, separate WHO experts had expressed concern about the quality of data the company provided on side effects.

A WHO emergency listing is a signal to national regulators that a product is safe and effective.

It also allows it to be included in COVAX, a global programme to provide vaccines mainly for poor countries, which has hit supply problems.

“This expands the list of COVID-19 vaccines that COVAX can buy, and gives countries confidence to expedite their own regulatory approval, and to import and administer a vaccine,” WHO Director-General Tedros Adhanom Ghebreyesus told a briefing.

Senior WHO adviser Bruce Aylward said it would be up to Sinopharm to say how many doses of its vaccine it can provide to the programme, but added: “They are looking at trying to provide substantial support, make substantial doses available while at the same time of course trying to serve China’s population.”

The WHO had already given emergency approval to COVID-19 vaccines developed by Pfizer-BioNTech, AstraZeneca, Johnson & Johnson and, last week, Moderna.

“This … signifies that the quality, safety, efficacy and accessibility of Sinopharm CNBG’s COVID-19 vaccine meet the requirements of WHO standards, which will contribute more Chinese power to the global fight against the COVID-19 pandemic,” Sinopharm said in a social media statement published on Saturday.

“Hungary’s vaccination policy has been driven exclusively by health-care considerations, political or economic considerations did not play any role,”

Kásler noted that China has delivered to Hungary enough doses to have more than one million people fully inoculated against coronavirus.

The national vaccination programme has allowed a gradual reopening of the country, he said.

The decision to approve Sinopharm’s vaccine was taken by WHO’s technical advisory group, which met since April 26 to review the latest clinical data and manufacturing practices.

a WHO statement said.

Tedros said that, following the approval, its separate Strategic Advisory Group of Experts (SAGE) had recommended that adults over 18 receive two doses of the Sinopharm vaccine.

“On the basis of all available evidence,

WHO recommends the vaccine for adults 18 years and older, in a two-dose schedule with a spacing of three to four weeks,”

the WHO said in a statement.

The vaccine, developed by Beijing Biological Products Institute, a unit of Sinopharm subsidiary China National Biotec Group, has an estimated efficacy of 79% for all age groups, it said.

Alejandro Craviato, SAGE panel chair, said: “The information we have for people over 60 is still very scarce. There is no reason to think the vaccine would behave differently in this older age group.”

But noting gaps in clinical data, he said that

Sinopharm or national authorities should monitor people over 60, those with co-morbidities and pregnant women after vaccination.

The WHO has said it could reach a decision on China’s other main COVID-19 vaccine, made by Sinovac Biotech, next week. The technical experts reviewed it on Wednesday.

Arnaud Didierlaurent, chair of WHO’s technical advisory group, told the news conference: “We have started to review the report from Sinovac. We actually requested additional information to the manufacturer … which we hope to receive very soon to make a decision.”

Sinopharm, which has two COVID-19 vaccines approved in China, has supplied over 200 million doses at home and abroad, and Sinovac has shipped over 300 million doses of its shot worldwide, including at home. Both companies’ vaccines have been exported to many countries, particularly in Latin America, Asia and Africa, many of which have had difficulty securing supplies of vaccines developed in the West.