Hungary and their new coach Talant Dushebajev were very close to a disappointing opener in the Men’s EHF EURO 2016 qualification. After a 24:27 deficit midway through the second half, it was Gabor Csaszar who saved his team with a late goal that secured Hungary’s 31:30 win against Portugal, eurohandball.com reports.

European Handball Federeation said, they were stumbling, but they did not fall: Hungary were close to an opening defeat on home court against an unexpectedly strong Portuguese side, and it was only a last-minute goal by Gabor Csaszar that saved them from disappointment.

Talant Dujshebaev had taken over the team only weeks before that first match, but it will arguably take more time until his training techniques and experience might pay off.

The eurohandball.com said, when Hungary, who had to play without their injured top star Laszlo Nagy, were ahead 11:7 in the 16th minute probably everybody in the sold-out arena in Miskolc was expecting a Hungarian victory – but everything changed. 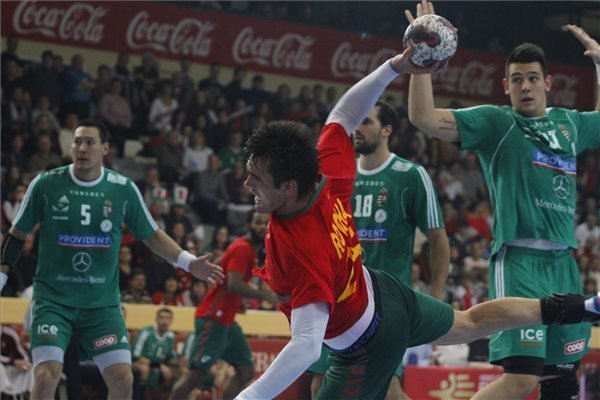 Even a 19:15 lead at the break did not give the hosts stability and security – instead the bravely fighting and well defending Portuguese took control of the game.

According to EHF, it took them only eight minutes to level the game at 21:21. 13 minutes before the end, Hungary were literally on the floor when Portugal led 24:27 – but Dushebajev changed players and tactics and they rose again. Goalkeeper Roland Mikler saved some crucial shots and when when Peter Gulyas equalised at 29:29 five minutes before the end the arena went crazy. Portugal did not surrender and Silva Solha scored for 30:29 – but Cornel Nagy and Csaszar turned the match around in the last minutes.