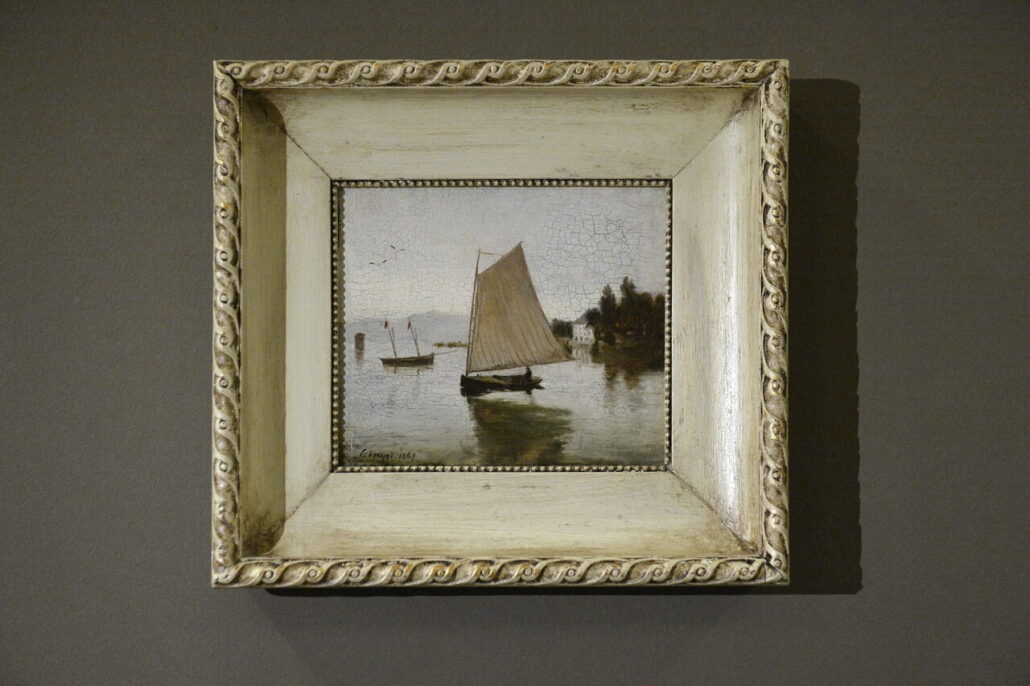 A small painting, the Sailing Boat on Lake Starnberg painted in 1867 by Pal Szinyei Merse, has returned to Hungary after 80 years and will be shown at a comprehensive exhibition opening in the Hungarian National Gallery (MNG) on November 12, the gallery said on Wednesday.
The painting was owned by Budapest’s Museum of Fine Arts but disappeared at the turn of 1944-45 when the museum’s collection was taken to safety in the West, deputy director-general György Szűcs told reporters. It has recently been discovered in a private collection in the United States by Mihály Szarvasy, a Hungarian-born art collector from New York, who purchased and donated it to the Fine Arts Museum for its MNG collection. He delivered the painting to Hungary with the help of the Hungarian consulate-general in New York, Szűcs said.

Szinyei painted the landscape while studying in the class of Karl von Piloty at the Academy of Fine Arts in Munich. He spent a lot of his time at Lake Starnberg nearby, curator Orsolya Hessky, said. She added that the upcoming exhibition would show a collection of 120 Szinyei paintings.