Luxury-themed hotel opens its doors in the heart of Budapest 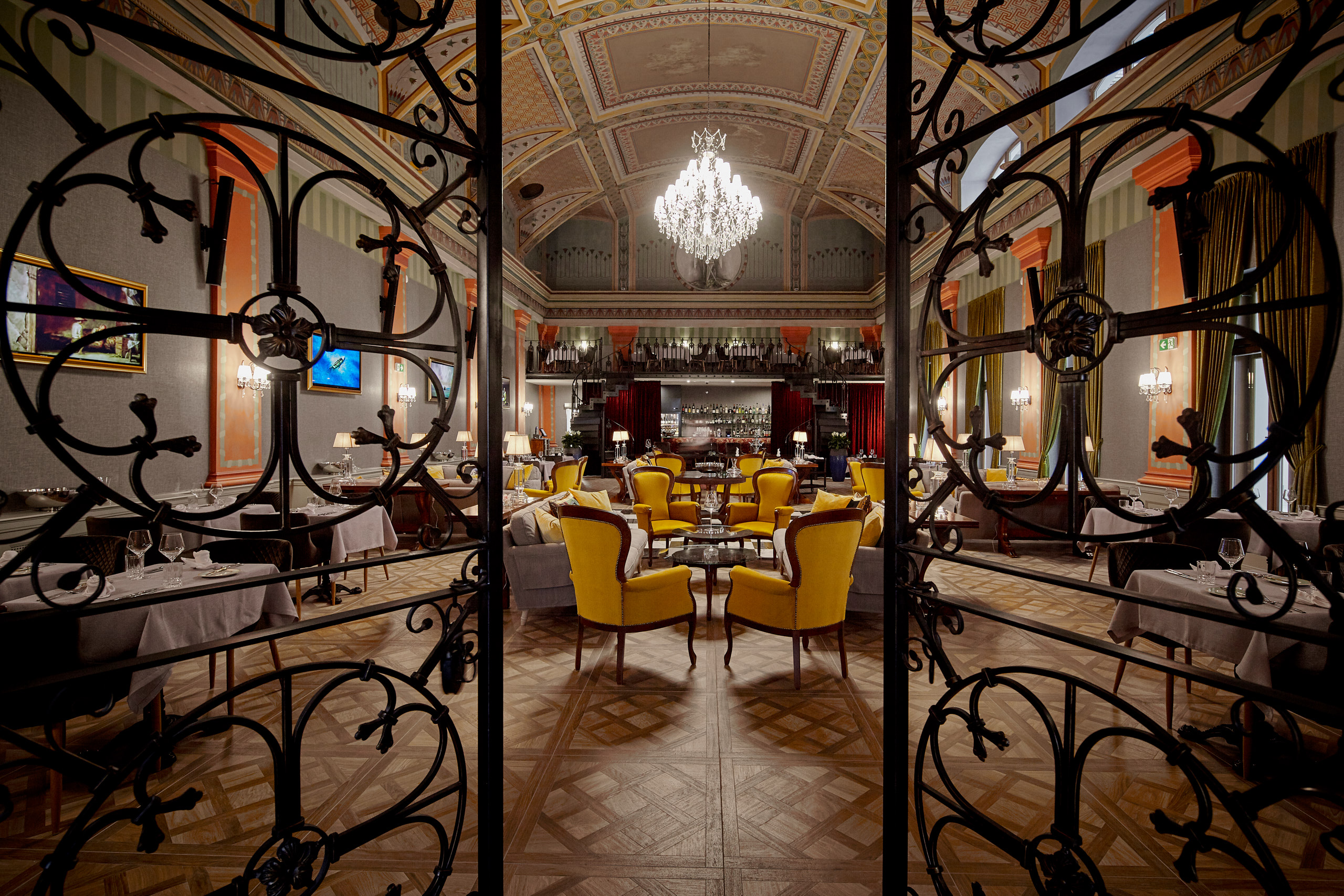 After completing its initial trial period, the five-star luxury hotel Mystery Hotel Budapest has opened its doors to visitors in the capital, as reported by turizmus.com.

Located in District VI on the corner of Podmaniczky Street and Vörösmarty Street, the eclectic building was built by the Hungarian Freemasons High Society in 1896. It was designed by architect Vilmos Ruppert, and it was decorated with the works of painter Mór Than. Its exquisite windows were made by Miksa Róth. The building changed owners and functions throughout its history, and its current design could be attributed to Zoltán Varró.

The hotel has its own theme based around luxury, magic and a quality experience. The concept was realised by honouring the building’s history and architectural values. The hotel uses a range of visual tricks and optical illusions to impress its visitors.

At the heart of the building is The Great Hall Restaurant & Lounge. Notable features include a huge chandelier, columns, heavy curtains and two iron spiral staircases leading to the loggia. The restaurant’s menu was inspired by dishes from the early 1900s which were eaten by the local bourgeois. 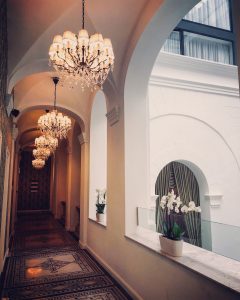 The hotel offers three different styles of rooms. They are named after the different kinds of Greek columns: Doric, Ionian and Corinthian.

The living quarters will also guarantee a memorable experience: the Atelier Studio evokes a painter’s home, the Da Vinci suite has a turn-of-the-century interior while the Terrarium room is a glass-walled and glass-roofed architectural speciality.

The Secret Garden Day Spa is located in the inner courtyard of the hotel, where guests can relax under the huge palm trees. 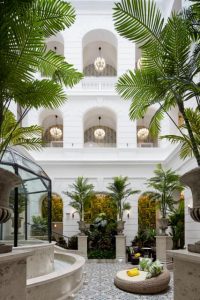 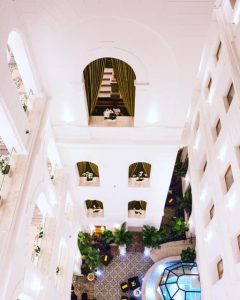 In the summer, the hotel will open its Sky Garden Rooftop Terrace, from where visitors can admire a view of Buda Castle while enjoying the comfort of a private jacuzzi.

The hotel contains three event halls that can be booked.  Mystery Hotel Budapest is just one of the accommodations offered by the Preferred Hotels & Resorts chain.

Seven luxury hotels in Budapest were rated as some of the best in the world. We also reported about the hostel war in Budapest.