The natural wonders of the Carpathian Basin

Many think that the 300 thousand m2 big Carpathian Basin is an unmatched geographical region. According to nlcafe.hu, the Equator and the North Pole are almost the same distance afar from here. It starts with the Danube breaking through the Carpathians at the Dévény pass and ends with its exit at the Alduna pass. The Carpathian Basin is rich in natural wonders and even some records can be connected to the following places.

The lake found in the Transylvanian Maros County was formed by the obstruction of a swallet in 1875 after an abundant downpour. It got its name after its shape (it looks like a spread out bear skin). Due to the salt forming a deposit millions of years ago, the bottom water-bearing is salty, while the upper one is fresh. So the bottom layer of bigger density is able to keep the warmth from the sunrays. This is why the temperature of the 10 metre deep lake’s water can reach 35° Celsius on the surface (even 80 degrees has been measured once!).

An absolute curiosity in the world: the boxthorn tree in Debrecen

Anyone who’s been to the “Calvinist Rome” has probably visited the curiosity on the side of the church which could hardly be called a tree or a bush. According to tradition, the representatives of the old and new beliefs argued which one would finally triumph in the “city of endurance”. The Catholic priest broke down a branch angrily and stuck it into the ground saying that Calvinism would only find its home in Debrecen when the branch grew into a tree. Since then, the unique plant didn’t only root in the city, but also has been flourishing ever since.

The unrivalled Cave Bath of Miskolctapolca

The lake cave turned into a cave bath is a true curiosity in the Carpathian Basin. The water graved its way through the limestone rocks in thousand years, and they are now filled with pleasant thermal water and curing cave air. You can stay in the 30° Celsius water for as long as you desire as its salinity is lower than medical water’s, but you can also try the outdoors pools, sauna park or the floating cabin. Europe’s only beach built according to Green City principles can also be found in Miskolctapolca. 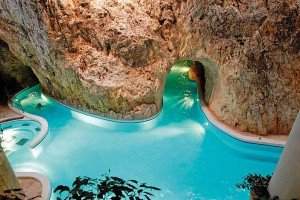 The mysterious hive rocks in Bükkalja

The volcano tufa formations of the Bükk Mountains were formed by the joined work of wind and water. Out of these, the cone-shaped ones are the most interesting because someone carved small chambers into them sometime. Certain scientists believe that these 60 cm tall, 30 cm wide and 25-30 cm deep chambers once guarded the urines of the deceased, while other think that the chambers were used for beekeeping around the time of the Settlement of the Magyars in Hungary.

Why is this seemingly monotonously plain Hortobágy so special on our continent? Its secret is that it wasn’t formed after a deforestation as it is a cultural landscape cultivated by herdsmen’s communities, which was able to keep its biological diversity. The N°1 Hungarian national park is now more than 82 thousand hectares big. Its must-see sights include draw wells, taverns, sepulchral mounds and the famous Nine-holed Bridge.

The 4,5 hectare turf bedded spring lake is surrounded by a 50 hectare shelter-wood. The surface of the water is covered by a layer of steam, the lake is framed by swamp cypresses. The Indian nymphaea was naturalised more than a hundred years ago, so visitors can admire its beautiful white species from May till November. The thermal water of Lake Hévíz is perfect for curing rheumatic and muscoskeletal diseases.

Nlcafe.hu writes that the whole area of the Little Hungarian Plain is 9000 km2, which is shared by Slovakia, Austria and Hungary. In ancient times it was covered by the Pannon Sea and was later filled with the alluvial of the Danube and its tributaries. This is how the continent’s biggest alluvial fan was formed.

The Torda Cleft and its unique natural reservation

The Transylvanian limestone cleft is rich in steep cliffs and dangerous caves, suspension bridges that are hard to approach. It’s a beloved hiking spot which evolved from a yielded cave system. Legend has it that King Saint László prayed to God for help here, so the mountain sprang and the cleft blocked the cavalier king from his Cumanian persecutors. The print of his horse’s shoe can be seen on the Hoof Rock, while his well can also be found in the form of a crystal clear water spring, which he burst with his bard from a rock to appease the thirst of his warriors. However, what makes the cleft so special are not the legends nor the beautiful natural environment, but the fact that it is populated by such a rare flora and fauna that can hardly be found anywhere else in Europe. 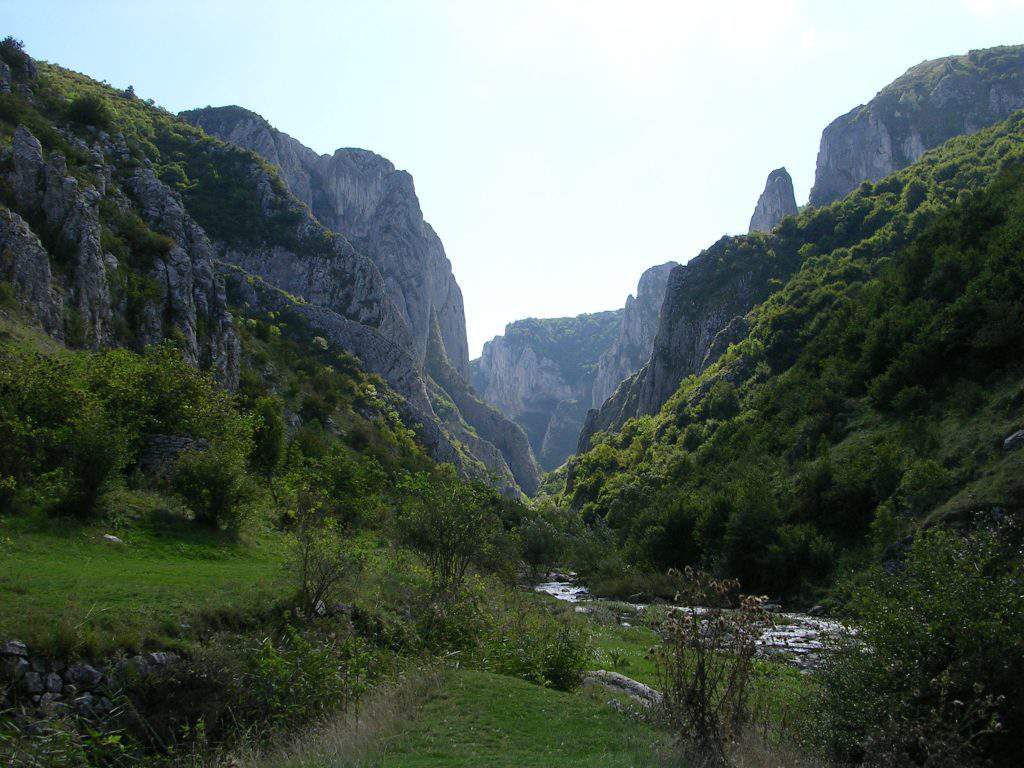 The biggest dripstone formation of the temperate climatic zone

The world’s biggest calc-tuff column can be found in the Krasznahorka Cave in Slovakia. The diameter of the 34 m tall stalagmite’s base is 12 metres and it was part of the Guinness Record Book as the world’s biggest dripstone for a very long time. 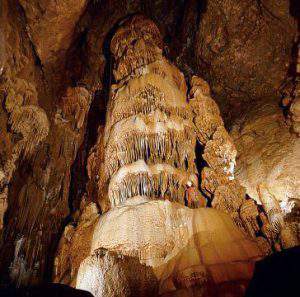 The flora and fauna of the 20 thousand-year-old steppe lake is absolutely unique on our planet (some species solely occur in this region). 300 bird species nest there and more than 30 different fish species live in the lake. The 36 kilometre long, 7-15 kilometre wide Lake Fertő’s salinity is 33 times as much as Lake Balaton’s. Another curiosity is that its water level is bevelled in times of stormy wind.