New trolley buses on the streets of Budapest

The beautiful Solaris-Skoda trolley buses can travel for even four kilometres with a pulled in trolley.

Szeretlekmagyarorszag.hu writes that the test run of the new Solaris-Skoda trolley buses has finished. From Monday afternoon, these beautiful vehicles started transporting passengers on three lines of Budapest. Five solo and two articulated buses started their service in the capital. 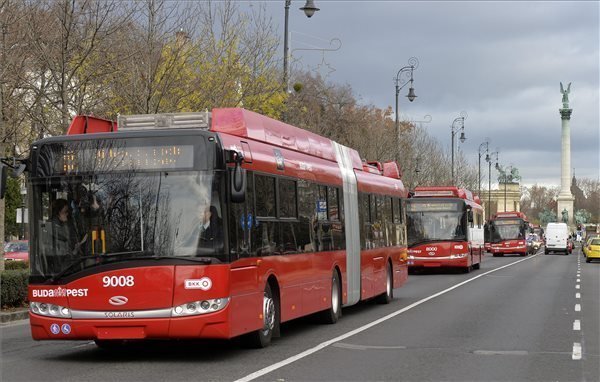 With the new trolley buses put in operation, they are also starting to put the oldest buses out of commission. The new trolleys will be circulating on the city centre and Zugló.

Balázs Szeneczey, Deputy Mayor of Budapest said that they executed a contract with Solaris-Skoda at the end of 2014. An EU project provided an 18 billion forint fund that made it possible for the country to buy 108 new trolley buses, which will be circulating in Budapest. Out of these, 36 vehicles were now bought for about 4 billion forints. The other buses will arrive when the necessary sources are available.