No hesitation! President Áder signs the amendment of the Labor Law – UPDATE

President János Áder has signed an amendment to the labour code, the president’s office said on its website on Thursday.

In a statement published on the website, Hungarian president said he had assessed the amendment approved by parliament on December 12 from three aspects.

First of all, he established that the amendment was compatible with the constitution.

Secondly, he compared the new overtime regulations with those in force in other European countries and found that in several countries, including the UK, Denmark, Ireland and the Czech Republic, the allowed overtime is equal or more than in Hungary. Thirdly, he assessed how the amendment would affect Hungary’s 4.5 million employees and whether the guarantees protecting them decreased. Áder said the new law does not weaken the protective regulations affecting employees.

Increased overtime can only be applied after preliminary written approval by the employee and the employer must not punish those who are unwilling to work overtime, he added.

The amendment to the labour code, despite some concerns raised, must not hinder the peaceful celebration of Christmas and the upcoming holiday period, Ader said and wished all citizens of Hungary a merry Christmas and a happy new year.

Several opposition parties protested against Áder’s move, called for further resistance and announced a fight against what they called a “slave law”.

Conservative Jobbik said that the president has followed the government in “obeying the orders of large foreign companies”.

The party pledged to fight with ever greater intensity against Prime Minister Viktor Orbán’s “corrupt, pseudo-nationalist regime” and called on “all decent Hungarians” to join the struggle.

The Democratic Coalition (DK) said that “Fidesz party-soldier Áder, whom DK has never accepted as a president, has signed a slave law which will cripple millions of Hungarians.” The leftist party said that with this gesture “Ader has once again become an accomplice to a crime”.

The green LMP said “Áder has proven again that he only represents the interests of Fidesz and the large foreign companies rather than those of the republic and the Hungarian employees”.

The Liberals said that Áder, a former deputy leader of Fidesz, “represents merely the interests of the Orban government rather than the Hungarian people”. Both the content of the law and the way it was approved violated the fundamental rights of employees and the democratic values, they said. 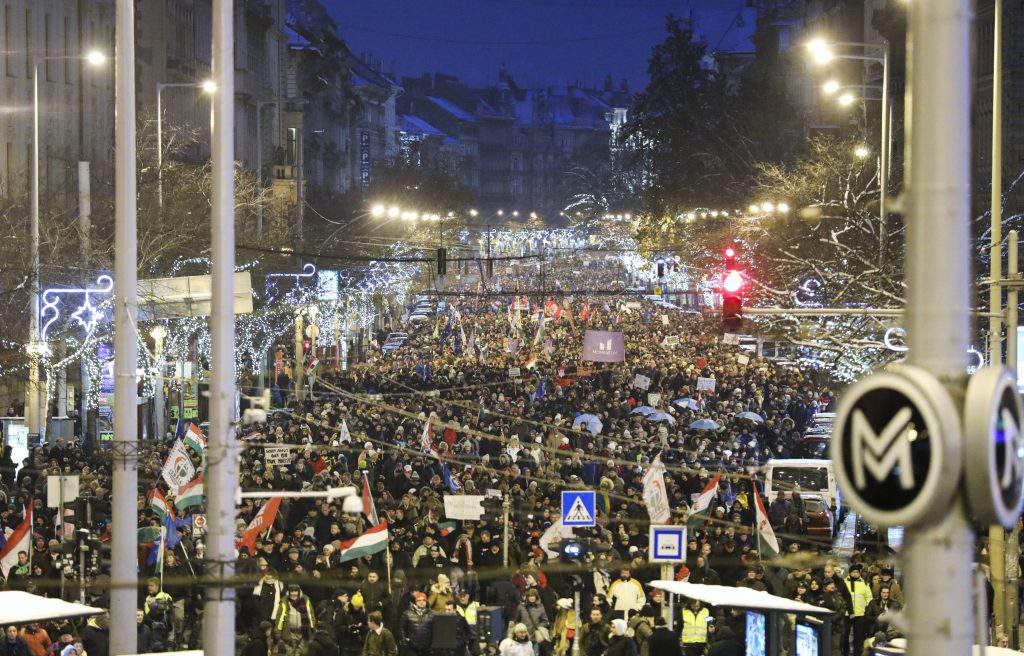