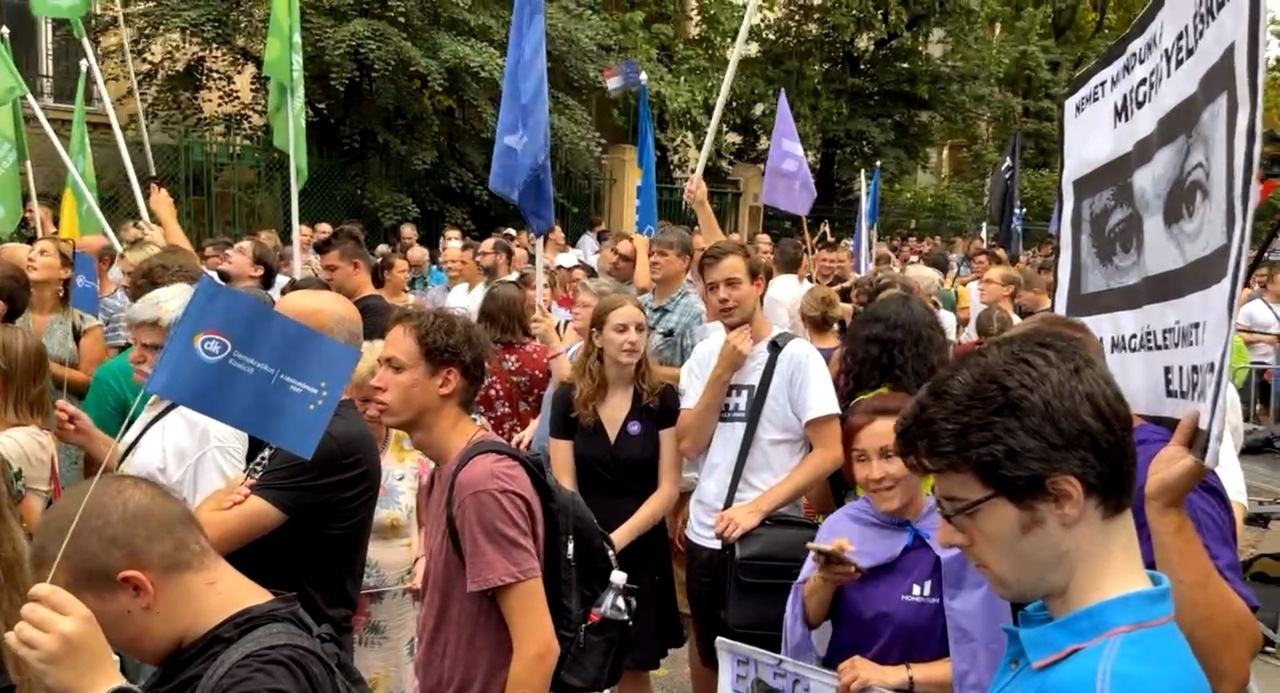 Opposition lawmakers held a demonstration in downtown Budapest late on Monday, accusing the government of spying on people “for thinking critically about the regime and asking critical questions”.

Referring to press reports that the Hungarian government may be behind the spyware hacks of the devices of hundreds of Hungarian journalists, politicians and other public figures using Israeli spyware, Anna Donáth, an MEP of the Momentum Movement, said: “We are living in a surveillance state”.

Gergely Arató of the Democratic Coalition said a government that spied on its own citizens was not conversant with European values. He said what was at stake in the 2022 general election was “Orban or Europe”.

“those responsible … should be held accountable and this government has to go.”

Dániel Kárpát Z of Jobbik said the fact that ruling party lawmakers boycotted a meeting of parliament’s national security council which abandoned earlier on Monday for the lack of a quorum was “tantamount to a confession of guilt.”

the Pegasus case was “another outrageous stage in the government’s ongoing efforts since 2010 to push Hungary closer to Eastern regimes.”

Dávid Dorosz of Párbeszéd said the government would “pay the price” for the scandal in next year’s election.

The demonstration started at the House of Terror Museum on Andrássy Street and marched to the Fidesz headquarters on Heroes’ Square, with the crowd carrying banners and signs, and the flags of opposition parties.