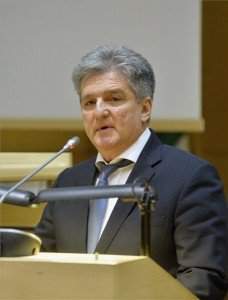 The biggest challenge police faced in 2015 was dealing with the migrant crisis, Papp said, adding that police were successful in managing the situation. Papp pointed out that a September survey by the Nezopont Institute indicated that 78 percent of Hungarians were satisfied with the police’s management of the crisis.

The number of murders, assaults, thefts, car thefts, burglaries and robberies was down from the previous year while the number of human smuggling cases increased.

Regarding the goals set out for 2016, Papp said police will be aiming to increase citizens’ sense of safety by cracking down more aggressively on car thefts and burglaries, continuing to protect Hungary’s Schengen borders and improving traffic safety.