Striking students of Budapest’s University of Theatre and Film Art have rejected an order by the university’s new leadership to vacate buildings of the central campus in Vas and Szentkirályi streets.

Representatives told a press conference they also rejected the management’s bringing the autumn break forward and said they would go on vacation between October 22 and 28 as originally scheduled.

They added that the students would seek legal remedy for “modifying the order of the school year”, a decision made by one of the vice-deans, whose appointment they consider illegitimate.

According to the students, Gábor Szarka, recently appointed chancellor of the university, could not support his decision to vacate the buildings in any way, while “the decision is a declaration of a political intent to silence the students”. Szarka, the students insisted, “abuses his powers, threatening unlawfully suspending salaries and cutting internet services (off the campus)”.

The students vowed to guard “each room” at the campus and continue the blockade until autonomy was restored.

According to press reports earlier in the day, the students had been called on to vacate the buildings by 6pm, and start their autumn break earlier than scheduled.

Szarka said earlier in the day that currently “there is no leader in the facility to control the situation and make decisions”. He went on to say that “some time is needed for everybody to calm down”. “Students need to move out of this psychotic state, go home, talk to their parents, calm down and make decisions other than ones concerning moves against their own university,” he said.

Meanwhile, the university’s teachers condemned the evacuation order in a statement, saying that the chancellor and the new vice-dean were using the coronavirus pandemic “as a lame excuse” to make students give up their blockade. The new management had earlier accused the protesters of hindering teaching at the campus, while now, extending the autumn break “they have banned courses altogether”, the statement said.

The university’s previous leadership announced their resignation on Aug. 31, saying the foundation that took over the university on Sept. 1 under a government decree had deprived them of “all essential powers”. The students cordoned off the university’s main building and employees went on strike in protest against the new board and officials whose appointments they considered illegitimate. 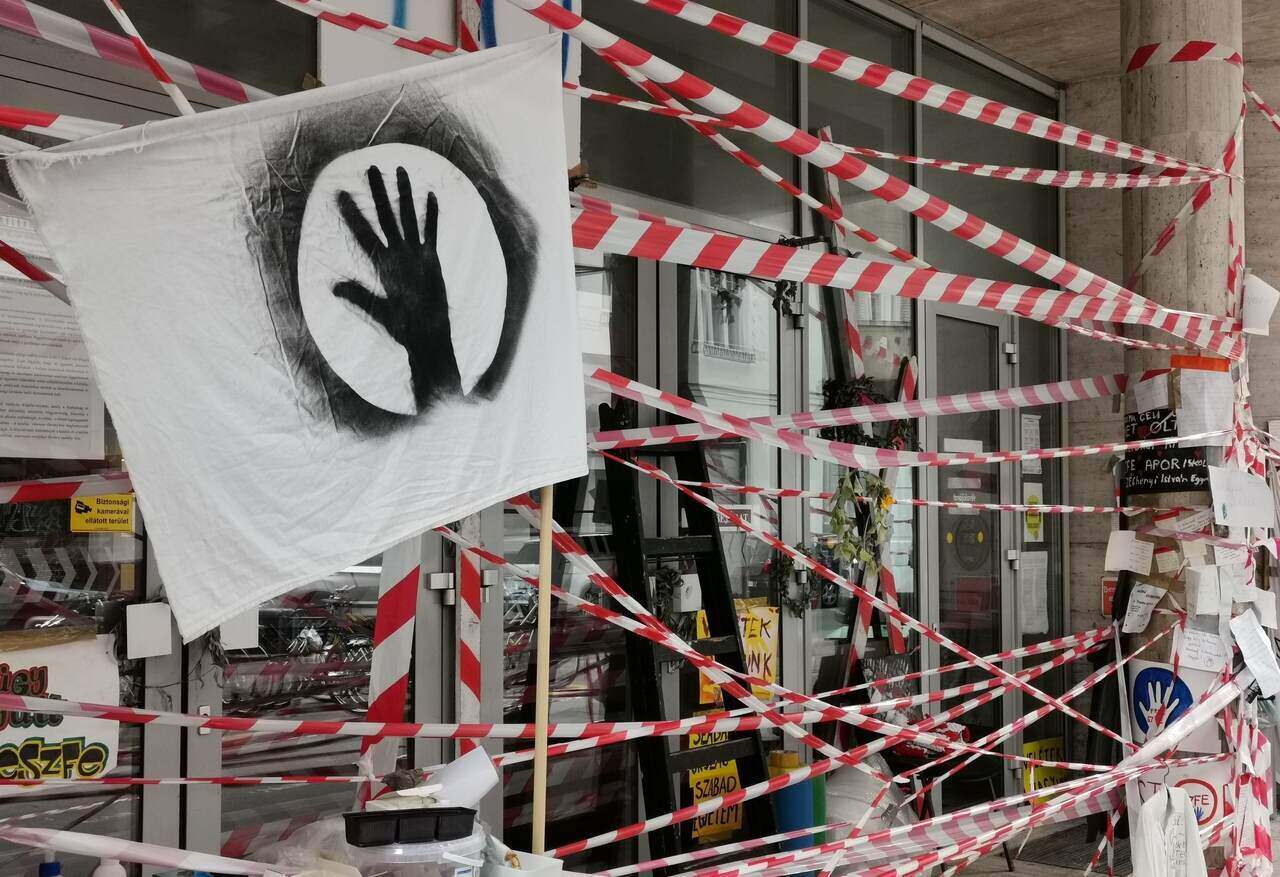