New York, September 22 (MTI) – Foreign Minister Péter Szijjártó held talks on Thursday with his counterparts from Vietnam and Egypt on the sidelines of the UN General Assembly session.

Szijjártó told MTI that both assured him of their support for Hungary’s candidacy in the UN Human Rights Council.

At talks with Foreign Minister of Vietnam Pham Binh Minh, the sides reviewed Vietnamese investment projects being built from Hungarian loans. A sewage treatment facility is being built and a demographics registry system has already been set up, Szijjarto said. 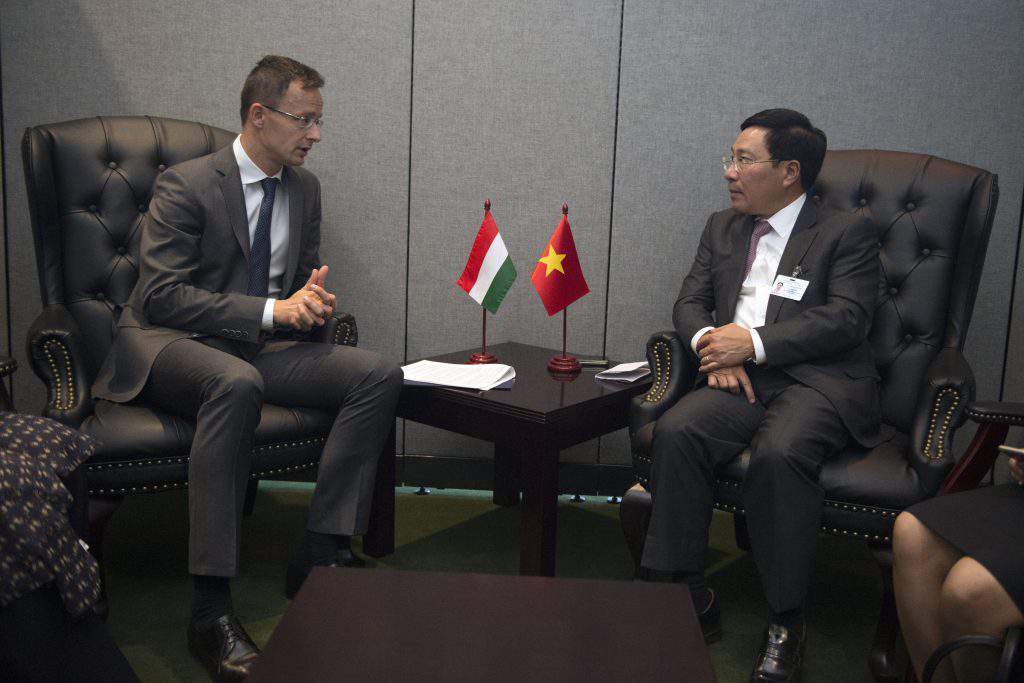 “Richter continues to play a very important role in the pharmaceuticals market of Vietnam,” he added.

The construction of a 60 million dollar oncology hospital will be a new project and preparations have started for a waterworks on the Red River in Hanoi, Szijjártó said. Some 71 Vietnamese students with Hungarian scholarships started their studies in September, he added.

At the meeting with Egyptian Foreign Minister Sameh Shoukry, they agreed to further enhance cooperation in the fight against terrorism.

“We were in agreement about the importance of resolving the situations in Syria and Libya,” Szijjártó said. If ongoing conflicts are not settled in the two countries, dramatic destabilisation will play out in Europe and the Middle East, he added.

Foreign Policy magazine also published an interview with Szijjártó online headlined: “We want to process migrants in offshore centers as Australia does”.

“There’s an Australian example about the islands, and this is something that seems to be working, actually,” Szijjártó said in the interview.

Budapest economy European Union Fidesz Government History Hungary migration Ministry of Foreign Affairs tourism Viktor Orbán
The World Health Organization (WHO) said on Thursday that it was "too early" to…
Corruption has become part of the system, not a side effect of it, according to…

The European Investment Bank (EIB) has a major role in mobilising European Union…
The mayor of Debrecen has welcomed the government's recent decision to move the…
We and our partners use technologies, such as cookies, and collect browsing data to give you the best online experience and to personalise the content and advertising shown to you. I accept
Privacy & Cookies Policy