Nobody has fonder memories on Budapest than the members of the Spanish women water polo team. They won their first-ever European title in the Hungarian capital 2014 and now they clinched their second here, between the two they were silver medallist at the 2017 World Championships. In the final they staged a great second half and a 5-0 rush to turn the game against Russia and bag the gold medal. The bronze went to Hungary, the host team came from 5-8 down and also had a 5-0 run while not conceded a single goal in the last 14 minutes of the match. 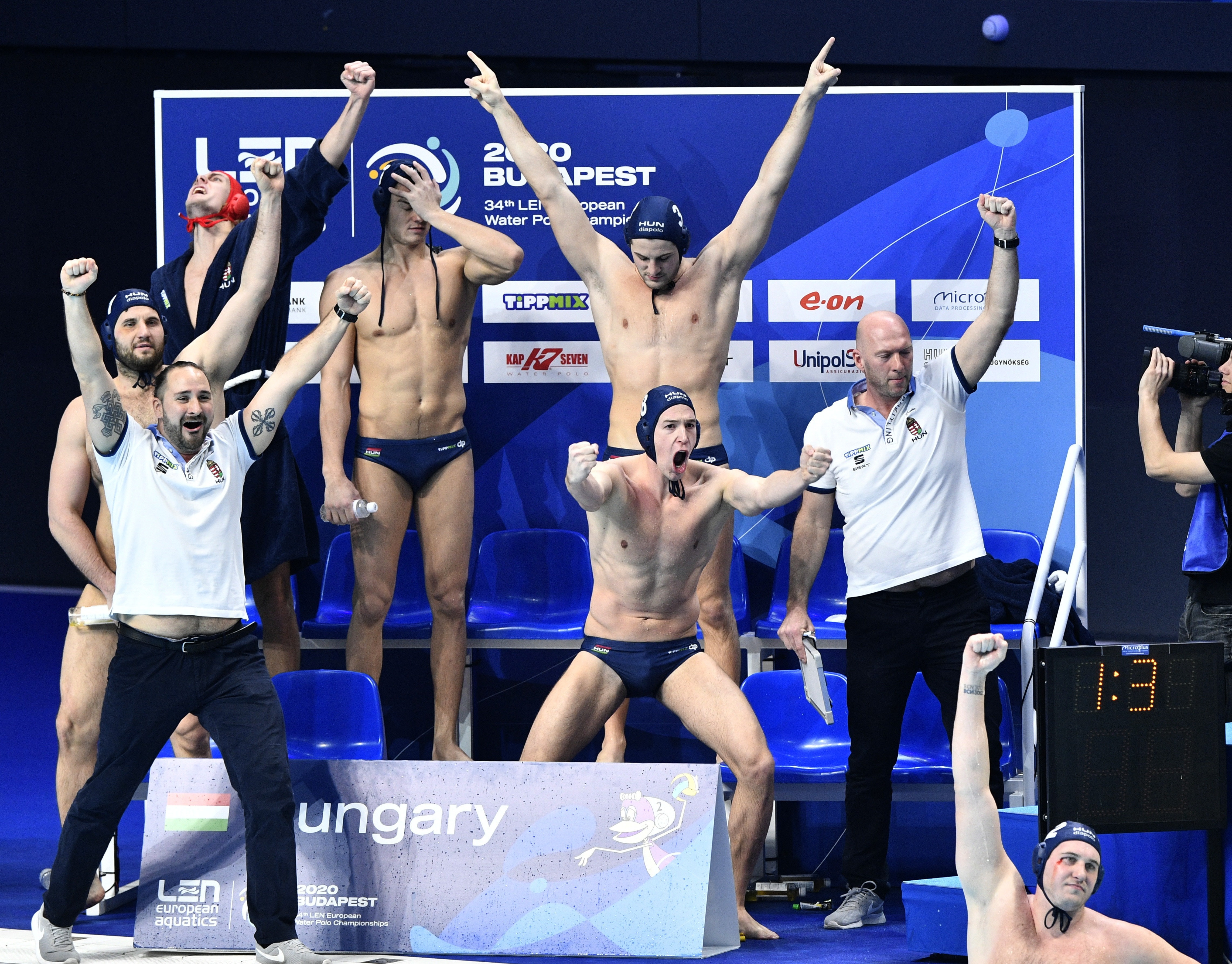 Spain sat back to the European throne after six years and this was is no way surprising. The team played back-to-back World Championships finals in 2017 and 2019, and even though they suffered a shocking semi-final defeat against the Greeks two years ago in their home, Barcelona, this time they came up with a balanced performance and finished atop once more in Budapest.

With the Olympic berths already secured by both sides, the final was tense but not really nervous – as a consequence, the first half already offered a scoring festival. The action-packed opening period saw seven goals, the Russians took a 3-4 lead but the Spaniards geared up for the second and went in front while the teams netted one goal after the other. Nine more came in these eight minutes so by halftime the teams produced the amount which is usual during an entire match (8-8).

The real twists arrived in the third as Ekaterina Prokofyeva netted a 6 on 5 while the Spanish offence had been frozen for a while. Maria Bersneva added one more five minutes later for 8-10 and the next Spanish 6 on 5 was almost denied but with some luck the ball was recollected by Maica Garcia who broke the Spanish silence, lasting for 8:10 minutes. And in just 35 seconds Anna Espar scored an action goal – thus the last period also started from equal (10-10).

One more lucky goal signed that Spain was really on the rise, this time the other Espar sister Clara could put away the rebound in a man-up. Russia had an extra to equalise but it was missed and soon Garcia delivered her trademark action goal from the centre with 4:14 remaining. Olga Gorbunova, who was just one goal shy of tying Rita Keszthelyi’s feat of 28 goals as the top scorer, was blocked in the following 6 on 5 – on the contrary, Paula Leiton’s powered one more in for Spain from the 2m line in a man-up for 13-10. It was a 5-0 rush from Spain and that decided the title. The Russian ‘freeze’ took 9:30 minutes, even though they pulled two back in the remaining time but the second came 22 seconds before the end, Spain kept the ball and launched great celebrations at the end.

The bronze medal match also offered some extraordinary scenes as the titleholder Dutch team seemed to be in absolute control, they looked more powerful and more efficient. Even though Hungary jumped to a 3-1 lead but the Dutch replies with four connecting goals in 2:31 minutes and went 3-5 up after eight minutes.

The battle was great but the Dutch defence worked properly, killed three Hungarian man-ups in the second and even though a penalty brought the hosts a bit closer, a double in 53 seconds gave the Netherlands a 4-7 lead. With some luck, Hungary pulled one back 18 seconds before the middle break but Iris Wolves’ fine goal from the centre reset the three-goal gap at 5-8 early in the third.

Nothing really predicted what would come next – but it happened. Rebecca Parkes also netted one from the centre for 6-8 and then the Hungarian defence began to click in a way barely seen in women’s water polo. Even though the Dutch put them under enormous pressure, a hand somehow always blocked the incoming roads, mostly goalie Edina Gangl. And the Magyars started rolling in front, netted two action goals in 48 seconds to go even, then the stands erupted when Dora Leimeter put the ball away from a man-up with 5 seconds left in the third to take a 9-8 lead.

The fourth was a giant battle between the Dutch offence and the Hungarian defensive lines and the hands were still there, once top scorer Rita Keszthelyi blocked a close-range shot on the goal line. They killed three man-ups in a row, then earned one with 2:10 minutes from time and Anna Illes sent a great bouncing shot to the top left corner in the last second of the possession with 1:50 remaining. The Dutch tried everything but it remained 10-8 – however unbelievable it was the Magyars had a 5-0 rush in the second half and shut out the title-holder side for 14:25 minutes.

It also meant that the Hungarians managed to halt their bad run in the bronze medal matches (lost the previous three in Rio 2016, Barcelona 2018 and Gwangju 2019) – and maintained the Magyars’ traditions to clinch double medals at the home championships (2001, 2014) and in the January editions (2012, 2016) since the men’s team will stand on the podium on Sunday as one of the finalists. (len.eu)