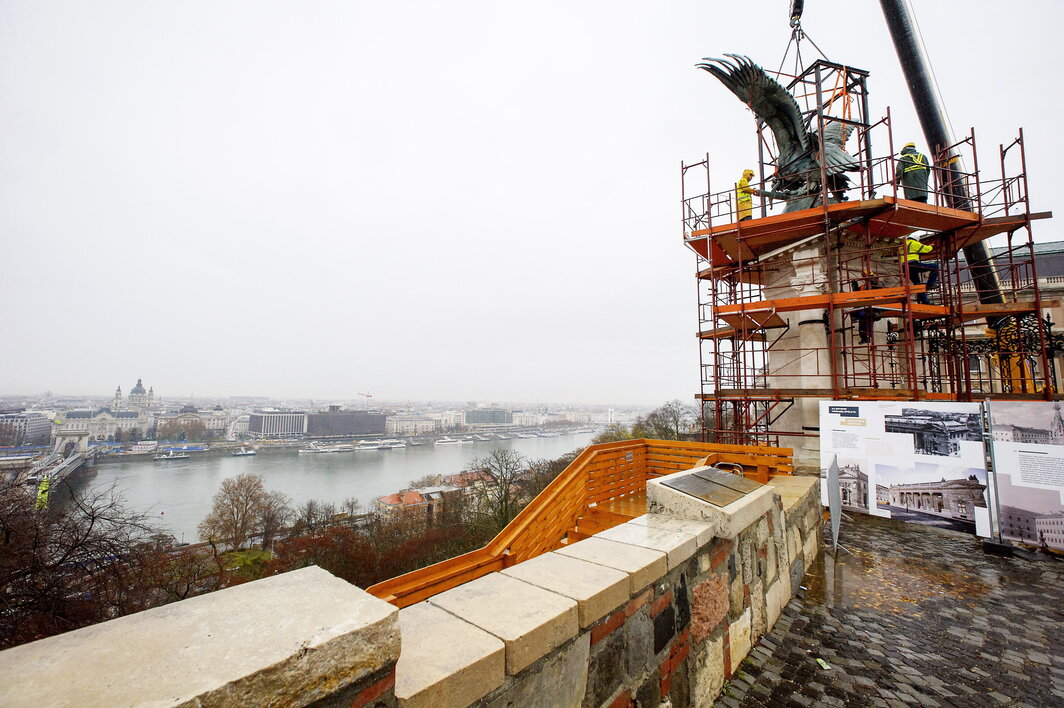 It “flew away” this March for restoration works due to its run-down condition. The statue, which has been towering over the Hungarian capital for almost 120 years, is one of the most outstanding parts of the Palace district of the Buda Castle.

Why did the turul statue need to be removed?

The work of art of Gyula Donáth was erected in 1905 during the 100th anniversary of the Palace’s construction, on the corner of the ornamented fence of the Habsburg Gate. 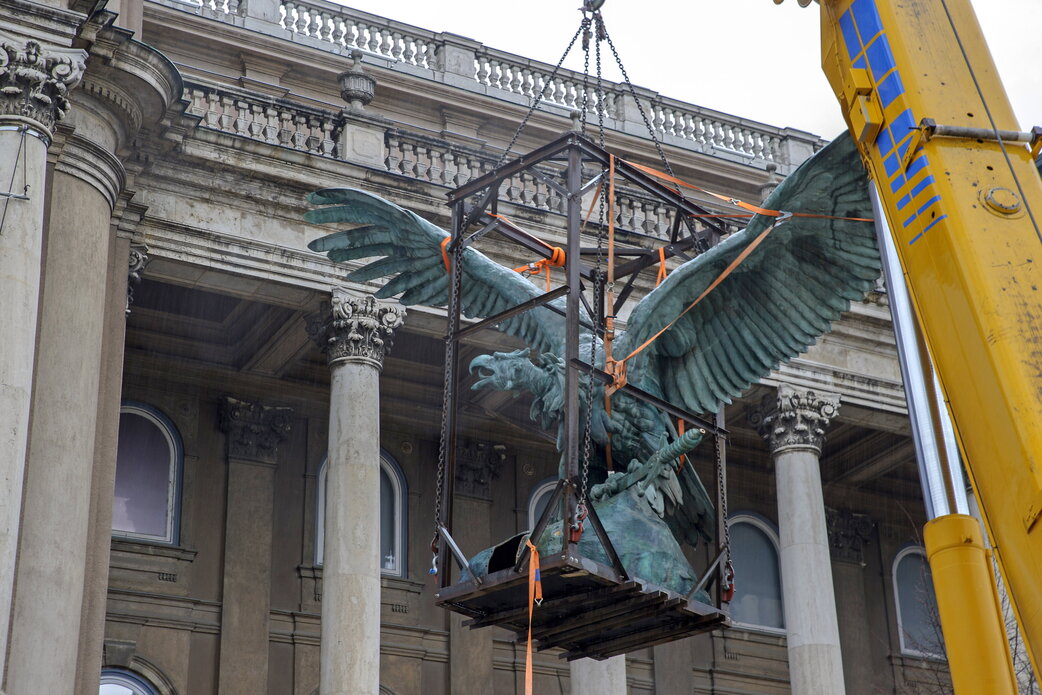 The enormous bronze monument holds a sword in its claws while looking towards the Danube with its wings wide open, ready to fly at any second. The statue representing the legendary bird featured in Hungarian mythology is a considerable work just by its size:

it is 10.5 metres tall, and the distance between its open wings reaches 12.5 metres. Its stone pedestal is decorated with Hungary’s crest. 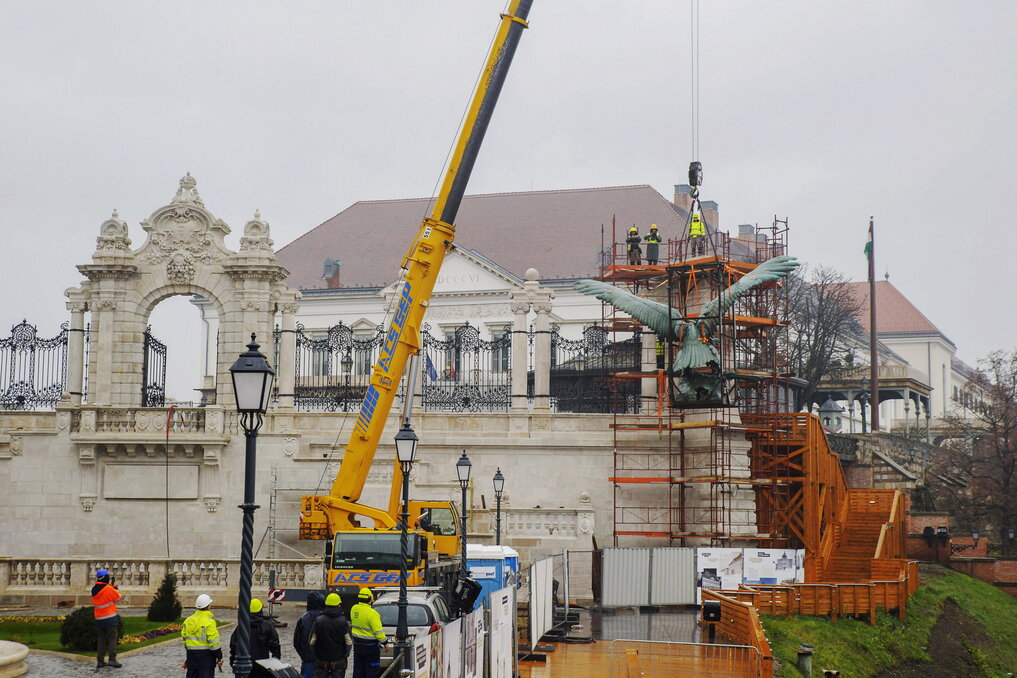 Interestingly, the professionals restored it in an open-air restoration workshop set up on the Savoya terrace. As a result, everybody could follow their work.

But why is this bird important for Hungarians?

The turul is a mythological bird of prey, mostly depicted as a giant saker falcon. It has a significant role in the tradition of the Turkic people, and it is a national symbol for Hungarians.

The turul was one of the most widely-used symbols of the Árpád dynasty.

This family gave the first leaders and kings to Hungary, conquering the Carpathian Basin in 896. In the Gesta Hungarorum, containing mostly mythological elements about the prehistory of the Hungarian people, written around 1200, the turul appears in a dream of Emese, the ancestress of the Hungarians, when she was already pregnant. Texts differ, but the bird was either a protector spirit or the impregnator of baby Álmos, the first recorded leader of the Hungarian tribes, Emese’s son. 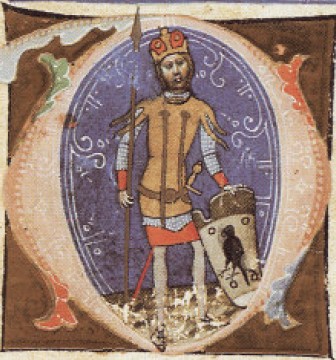 What happened with the statue?

The giant turul of the Buda Castle was replaced in its original place with a 60-tonne crane yesterday. Therefore, now it decorates the Habsburg Gate of the magnificent former residence of the Hungarian monarchs, infostart.hu reported. 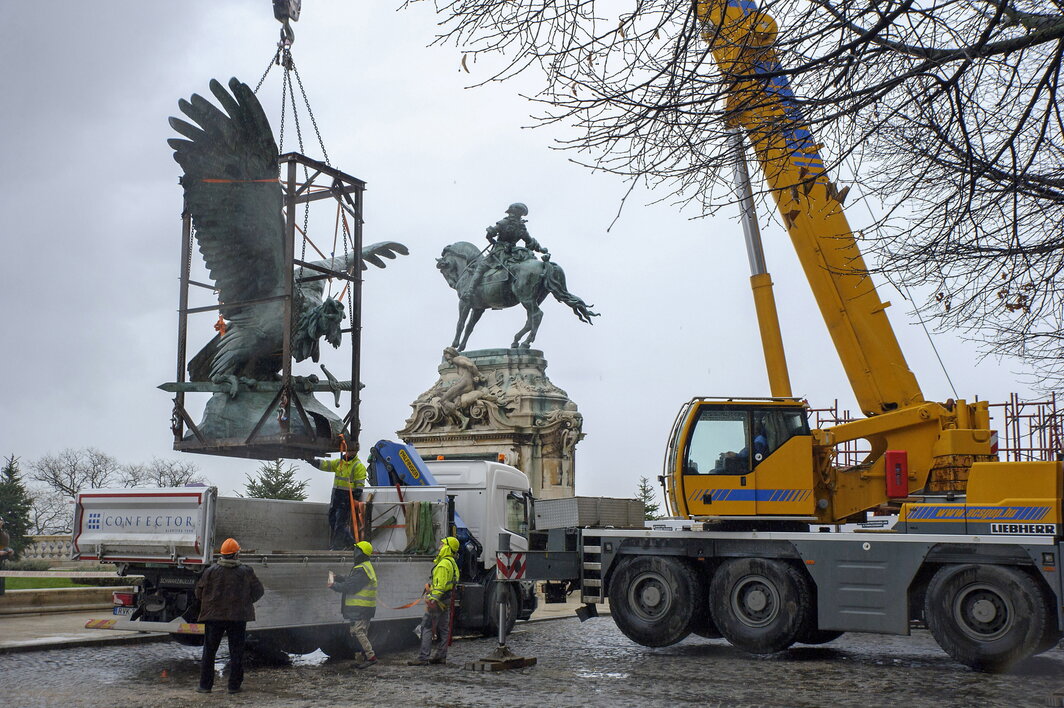 the statue using the bronze manufacturing technique Gyula Donáth worked with in 1905. They strengthened the internal frame. Furthermore, they added stainless screws to make it more resistant.

The work of art was damaged during WWII. Moreover, its state – despite minor restorations – deteriorated in the past few decades. According to the Várkapitányság,

they will finish the renovation of the Habsburg gate and the stairs in December.