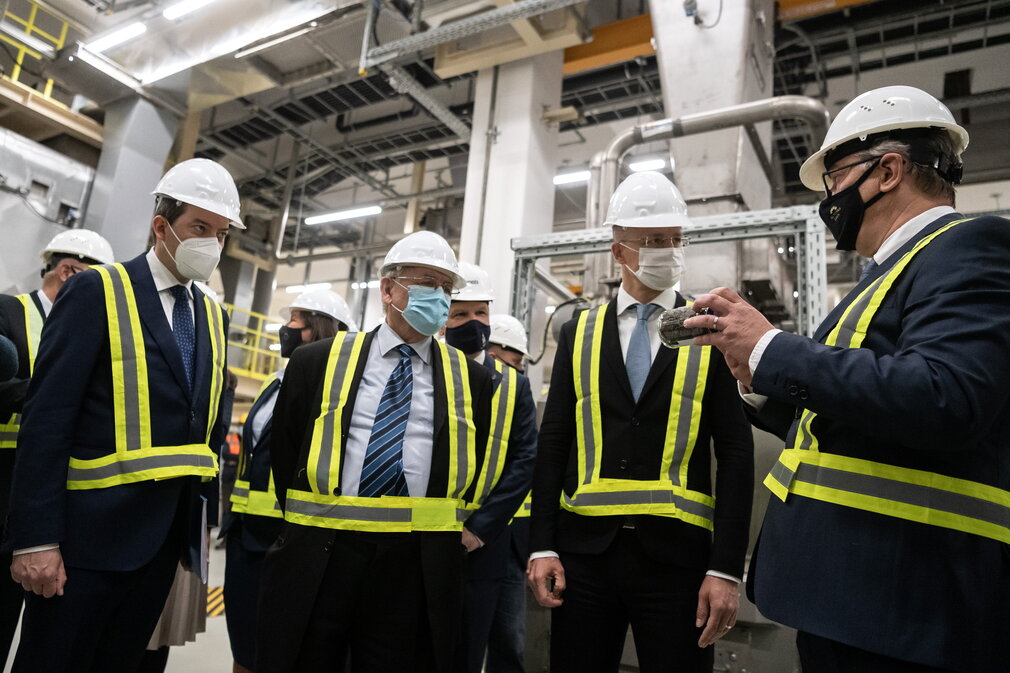 The government on Tuesday submitted Hungary’s plan for utilising the European Union’s Recovery and Resilience Facility (RRF) which covers more than 2,500 billion forints (EUR 7bn) worth of strategic development projects over the next six years, the state secretary in charge of EU developments said.

Szabolcs Ágostházy said on Wednesday that the

development of the health system

was the plan’s most significant element, utilising 34.1 percent of available resources. Other highlighted areas are

and a comprehensive development of education systems, including higher education, vocational training and adult education, he said. Some 25 percent and 20.4 percent of the resources are planned to be spent on these two areas, respectively.

Additional development plans include promoting the switchover to the circular economy,

closing the gap between underdeveloped and better developed areas,

as well as environmental protection, he added.

The Hungarian RRF fully meets common EU targets, with climate protection and digitalisation developments included in every area, he said. The government has tailored the areas for development to its own national strategic targets, he added.

Hungary will act similarly to the majority of member states, and for the time being will not tap all the credit available under the arrangements of RRF, he said. However, the option to do so will be available until 2023, he added.

Hungary has conducted intensive and constructive talks with the European Commission in the past eight months, and

The EU decision-making process will take three months from the time the document is submitted, Ágostházy noted. Like other member states, Hungary will press ahead with consultations on specific technical areas, but any need for major changes is unlikely, he said, adding that Hungary anticipates receiving approval for its RRF bid in August.