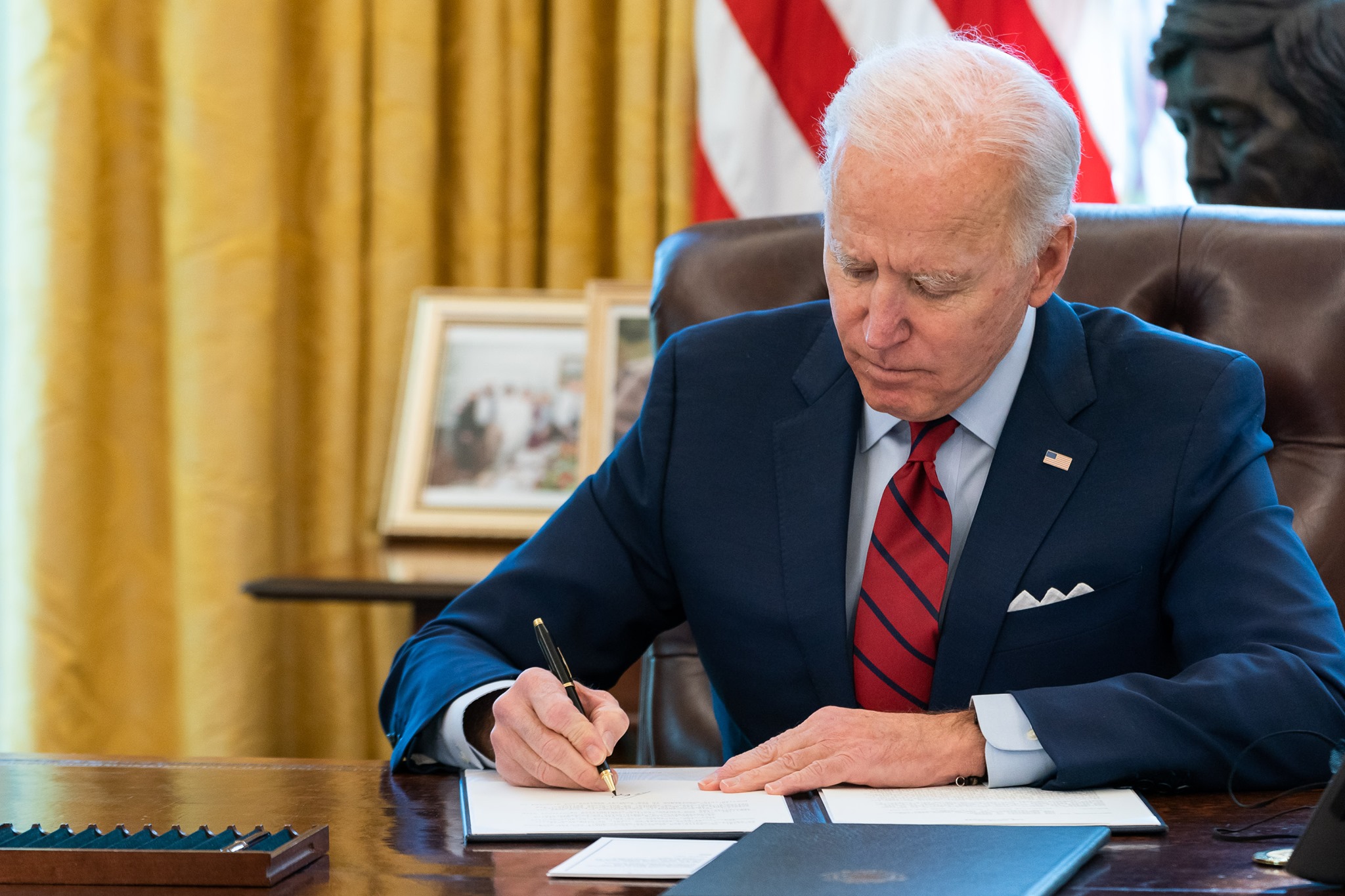 President Joe Biden on Wednesday threw his support behind waiving intellectual property rights for COVID-19 vaccines, bowing to mounting pressure from Democratic lawmakers and more than 100 other countries, but angering pharmaceutical companies.

Biden voiced his support for a waiver – a sharp reversal of the previous U.S. position – in remarks to reporters, followed swiftly by a statement from his top trade negotiator, Katherine Tai, who backed negotiations at the World Trade Organization.

“This is a global health crisis, and the extraordinary circumstances of the COVID-19 pandemic call for extraordinary measures,” Tai said in a statement, amid growing concern that big outbreaks in India could allow the rise of vaccine-resistant strains of the deadly virus, undermining a global recovery.

The head of the World Health Organization, Tedros Adhanom Ghebreyesus, called Biden’s move a “MONUMENTAL MOMENT IN THE FIGHT AGAINST #COVID19” on Twitter, and said it reflected “the wisdom and moral leadership of the United States.”

Pharmaceutical companies working on vaccines have reported sharp revenue and profit gains during the crisis. The industry’s biggest lobby group warned that Biden’s unprecedented step would undermine the companies’ response to the pandemic and compromise safety.

One industry source said U.S. companies would fight to ensure any waiver agreed upon was as narrow and limited as possible.

Robert W. Baird analyst Brian Skorney said he believed the waiver discussion amounted to grandstanding by the Biden administration and would not kick off a major change in patent law.

“I’m skeptical that it would have any sort of broader long- term impact across the industry,” he said.

Biden backed a waiver during the 2020 presidential campaign in which he also promised to re-engage with the world after four years of contentious relations between former President Donald Trump and U.S. allies. Biden has come under intensifying pressure to share U.S. vaccine supply and technology to fight the virus around the globe.

His decision comes amid a devastating outbreak in India, which accounted for 46% of the new COVID-19 cases recorded worldwide last week, and signs that the outbreak is spreading to Nepal, Sri Lanka and other neighbors.

Wednesday’s statement paved the way for what could be months of negotiations to hammer out a specific waiver plan. WTO decisions require a consensus of all 164 members.

Tai cautioned deliberations would take time but that the United States would also continue to push for increased production and distribution of vaccines – and raw materials needed to make them – around the world.

The United States and several other countries previously blocked negotiations at the WTO about a proposal led by India and South Africa to waive protections for some patents and technology and boost vaccine production in developing countries.

Critics of the waiver say producing COVID-19 vaccines is complex and setting up production at new facilities would divert resources from efforts to boost production at existing sites.

They say that pharmaceutical companies in rich and developing countries have already reached more than 200 technology transfer agreements to expand delivery of COVID-19 vaccines, a sign the current system is working.

The WTO meets again on Thursday, but it was not immediately clear if the U.S. decision would sway other opponents, including the European Union and Britain.

The U.S. government poured billions of dollars into research and advance purchases for COVID-19 vaccines last year when the shots were still in the early stages of development and it was unclear which, if any, would prove to be safe and effective at protecting against the virus.

Wednesday’s move allows Washington to be responsive to the demands of the political left and developing countries, while using WTO negotiations to narrow the scope of the waiver, said one source familiar with the deliberations. It also buys time to boost vaccine supplies through more conventional means.

Dr. Amesh Adalja, senior scholar at the Johns Hopkins Center for Health Security, said such a patent waiver “amounts to the expropriation of the property of the pharmaceutical companies whose innovation and financial investments made the development of COVID-19 vaccines possible in the first place.”

But proponents say the pharmaceutical companies would suffer only minor losses because any waiver would be temporary – and they would still be able to sell follow-on shots that could be required for years to come.

Pfizer said on Tuesday it expects COVID-19 vaccine sales of at least $26 billion this year and that demand for the shots from governments around the world fighting to halt the pandemic could contribute to its growth for years to come.

Read alsoAmericans struggling to get vaccinated in Hungary due to govt. restrictions