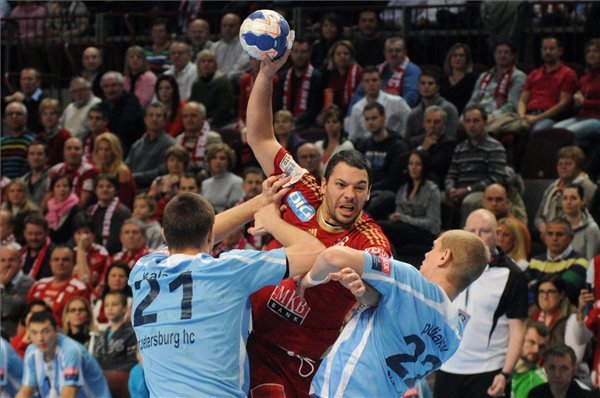 MKB-MVM Veszprem had an easy-going evening to secure their seventh victory against St. Petersburg. The Russian side were below par especially in attack – a merit of the Veszprem’s defence of course.

The host took an initially clear 7:2 lead and had the full control of the match, extending the lead intermediately to already seven goals. Having the better skills and the individually better players is was like a walk to get the first double-figured lead at 20:10 in minute 42, mainly because of the counter-attack goals of the Ivancsik brothers.

The biggest margin were 11 goals, in the end it were nine – and St. Petersburg remain without a single point. Gergö Ivancsik celebrated his 32nd birthday as the top scorer of the match with six goals.