Volcano of the Carpathian Basin to erupt?

The MTA-ELTE Volcanology Research Group, as part of an international cooperation, has been monitoring and analysing the Csomád mountain chain in Transylvania for 15 years. Their latest report writes about how a magma chamber containing crystal mush can be found even under a volcano that has been inactive for a very long time. Thus, able to erupt again if conditions change.

The Csomád is the youngest volcano of the Carpathians, causing the last eruption of the vast, Central and Eastern European mountain chain around 32 thousand years ago.

The volcanic eruption itself is a periodic process. Some of them erupt over and over again, after only a short time of rest, like Etna. While others are being inactive for a very long time, only to activate themselves again, just as the Taal volcano of the Philippines.

Thousands evacuated as Philippine volcano threatens with a big eruption

And there is the third group, like the volcano of the Reykjanes peninsula that took a break of several hundred years, writes origo.hu. However, it is still unknown what exactly causes this regular and unregular periodicity.

Until the first half of the 21st century, scientists and geologists thought that magma chambers and their content have a relatively short lifespan. Until they found that the magma itself contains crystals, whose proportion, in an ideal case, is over 50% of the whole volume of the magma. In this consistency, the magma is physically incapable of ascending to the surface. Thus the volcano can not erupt. When the consistency changes, however, and these crystals are not in a majority, the natural phenomenon of a volcanic eruption occurs.

This knowledge changes many things.

How long can this magma containing the crystal mush exist, and what causes the change of its consistency? Moreover, how long does it take for the magma to turn into a consistency able to erupt?

The international cooperation involves scientists from Hungary, Romania, Switzerland and Germany. Their findings bring us closer to answering these important questions.

Based on their geophysical analysis,

the magma chamber under the Csomád can possibly still contain a high quantity of crystals.

After analysing 500 zircon crystals, geologist Réka Lukács found that most of them were formed before the volcano’s last eruption. This means that long before this eruption, the magma chamber was already present under the volcano, continuously containing some form of mush that enabled the zircon and other crystals to form.

Based on these data, together with Swiss scientists, a number of calculations were made to find out what conditions are needed for the magma mush containing the crystals to stay intact for several hundred thousand years on 700 degree Celsius and to try to guess how big of a chamber can be formed during this period.

The quantity of the magma melt has special importance. As long as it is present, independently from its abundance and volume, it contributes to a possible and fast reactivation of the volcano.

The model calculations indicate that the volume of magma necessary to erupt can become bigger and bigger with time. Fresh magma of a high temperature needs to get mixed into the chamber containing the crystals to form this magma mush ready to erupt. If this happens, a quantity of magma capable of eruption can be formed very quickly, depending on the volume of the fresh magma incorporating into the resting and inactive crystals.

All these researches have shown that the magma chamber can stay intact in the Earth’s crust for a very long time, even if the volcano itself is not active at the time. It directly leads to the fact that

even the seemingly inactive volcanos can have crystal-infused magma under them. As long as they do not lose this magma melt, further eruptions are very much possible, even after several thousand years of inactivity.

Fortunately, the Csomád at the moment does not show any sign of wishing to present its underlying, crystal-infused magma to us. Nevertheless, it is more than advisable to keep our eyes open and check on it, from time to time. 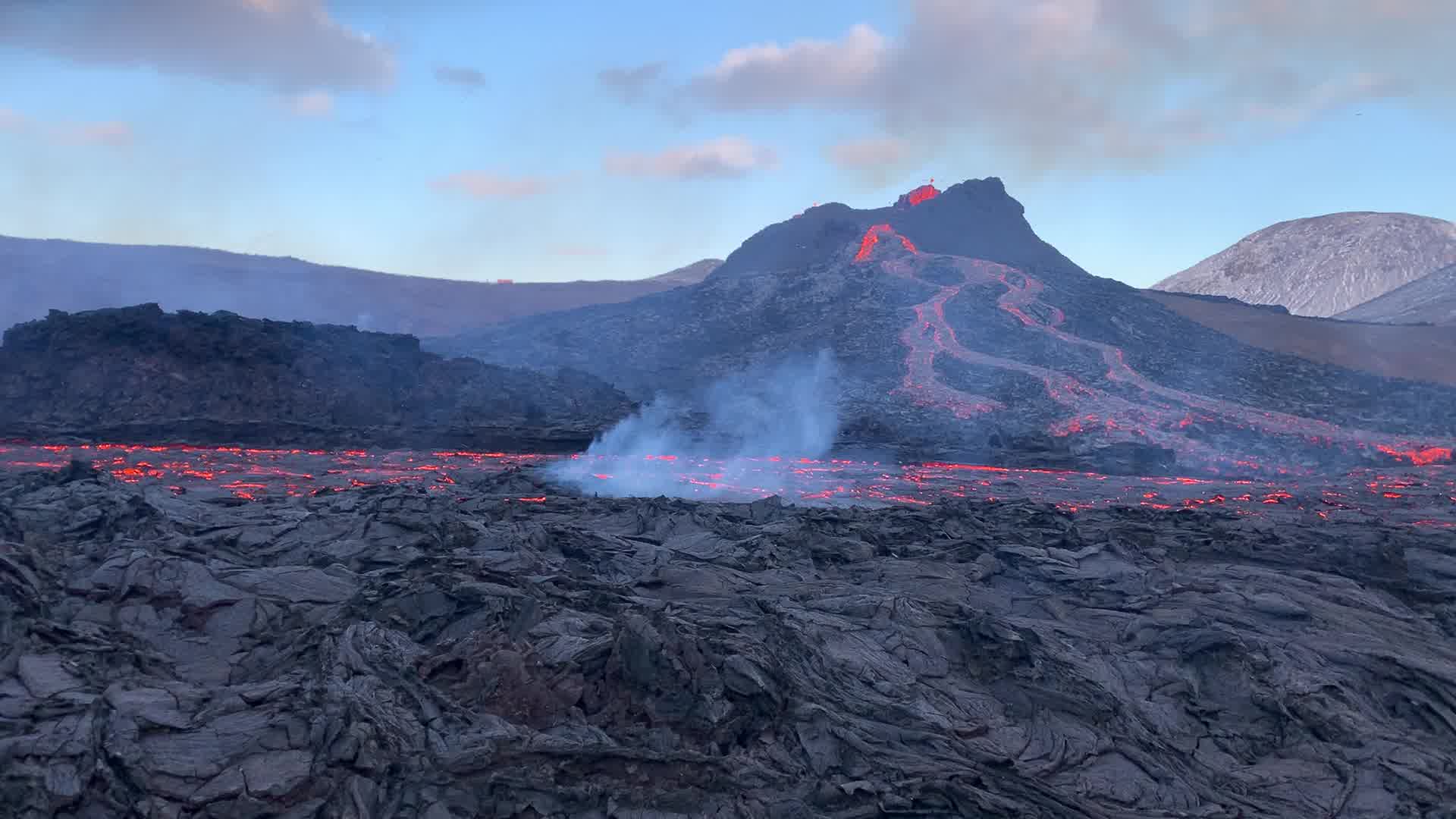