„We hysterically cried out for help” – further details, photos of the accident on M7

The tragic accident claimed the life of eight people and left 48 injured.

Several road accidents have happened recently in Hungary. Some of them were minor crashes where the drivers left their car without a scratch and only caused some disturbance in traffic. Others, on the other hand, resulted in chaos and the loss of several lives. 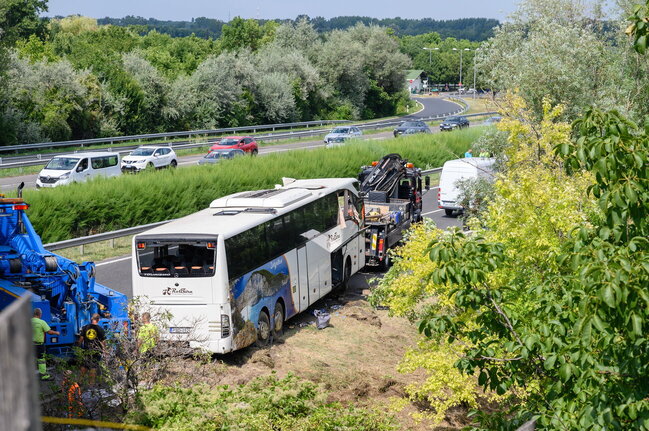 That is what happened on Sunday at dawn, a little before 5 am on motorway M7. A bus with 56 passengers on board, including the two drivers, rolled over. As of Monday morning, there has been no official statement neither from the Police nor from the National Disaster Management Unit concerning the cause.

The most straightforward explanation in case of an accident like this usually points at the driver. Whether his ability to drive safely was compromised or he was too tired to concentrate properly. 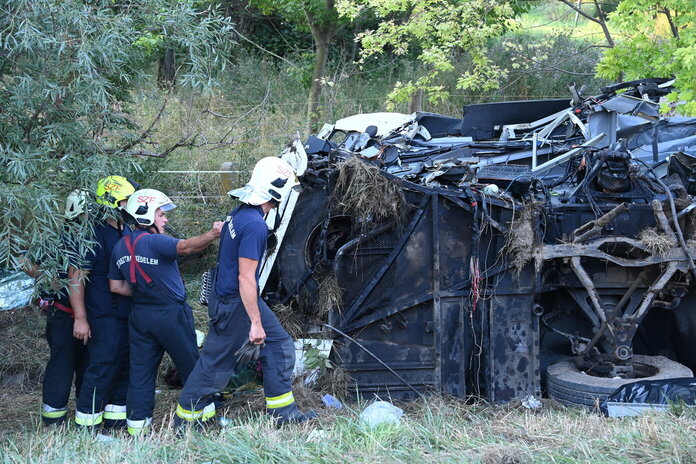 The son of one of the drivers, László M., told borsonline.hu that he finds it outrageous that people would immediately jump to conclusions and say that the driver must have fallen asleep. He told the magazine that

the two men swapped places 15-30 minutes before the accident, so falling asleep could not have been the cause of the tragic accident.

László M. is one of those eight victims who lost their life. 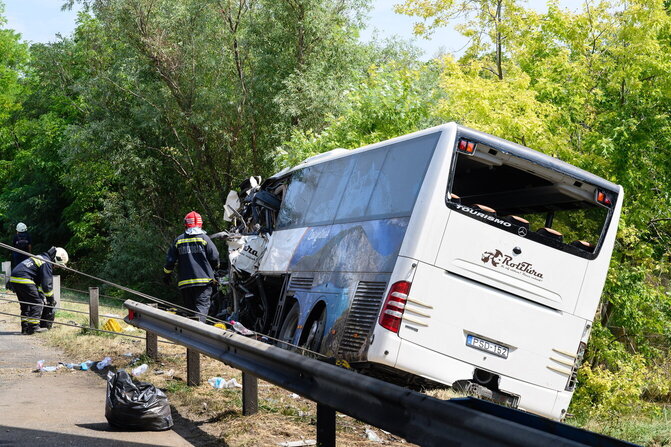 The other driver, János K., was resting on the seat next to the door. When the bus crashed, he flew out of the windshield. He had a stroke of luck and will recover in the hospital, although he finds it miraculous how he survived with only some minor injuries.

But his 70-year-old mother did not survive. The trip was a birthday surprise he gave his mother, who had never been to Croatia before.

After János K. managed to get up, he immediately went to help the passengers. According to borsonline, he was the one who found his mother. 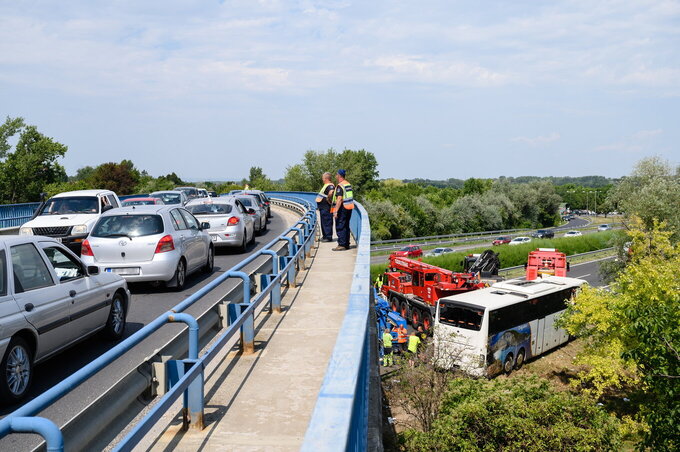 Even though the cause of the accident is still unknown, telex.hu writes that

signs point to a tire blowout.

Blikk.hu talked to several passengers, and their memories were very similar.

“I woke up to the sound of a clash and the bus crashing into the guard rail, riding all along it, and rolling over”, said a woman.

“Shouting and screaming broke the silence. The panic intensified because it was still pitch dark, and no one knew what had happened. The passengers were screaming out for help. It was complete chaos.

My face was injured, I lost a tooth, I hit my back, and it is still covered in blood.” The woman said the same thing as the deceased driver’s son: the drivers swapped places in Balatonlelle about half an hour earlier. She is sure that tiredness could not have caused the tragic accident.

Two children were travelling on the bus, who are luckily not among the victims. Although, two teenagers suffered minor injuries and were tended to by the paramedics. 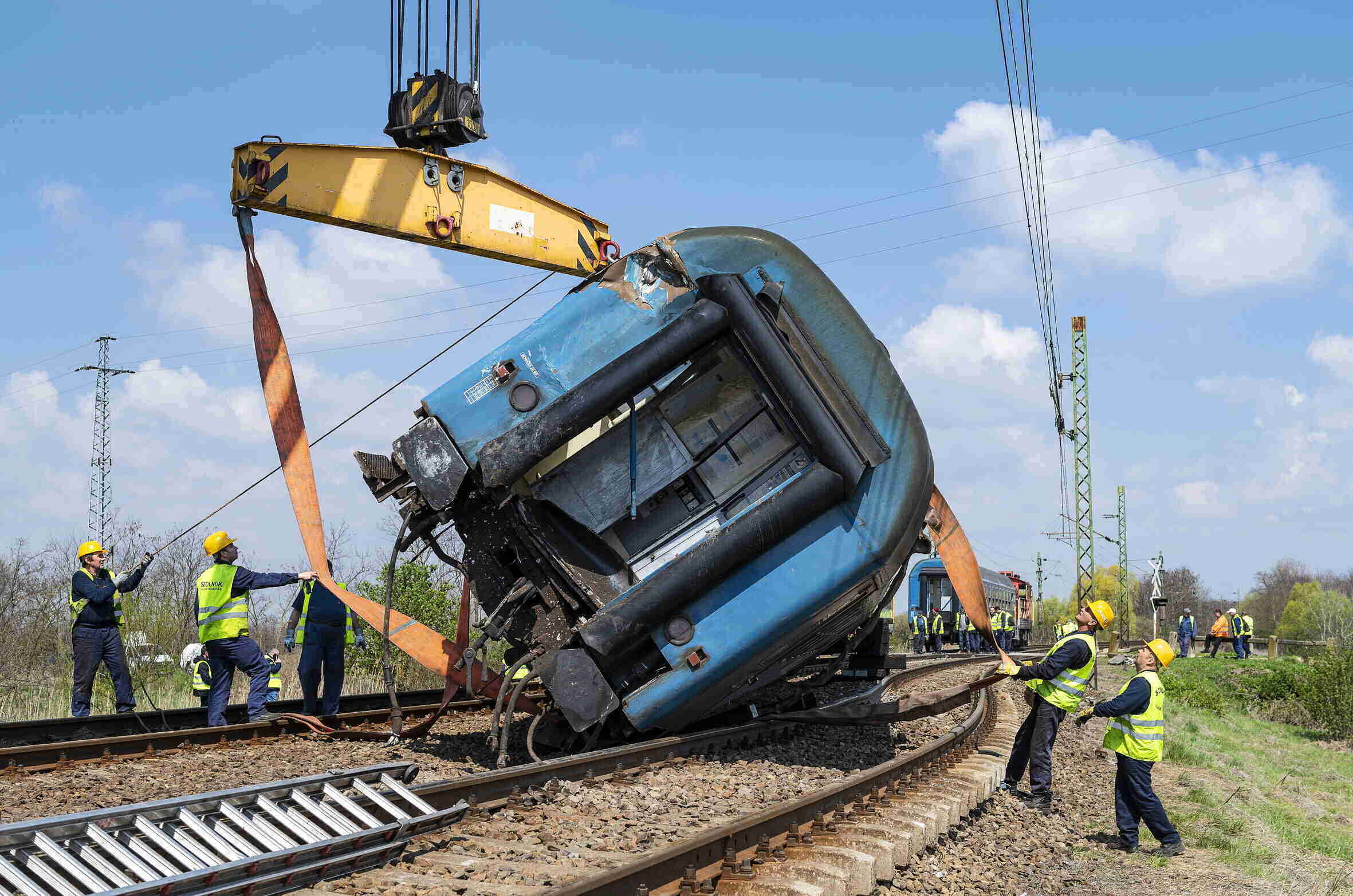 Read alsoDeadliest railway accidents of the EU occur in Hungary