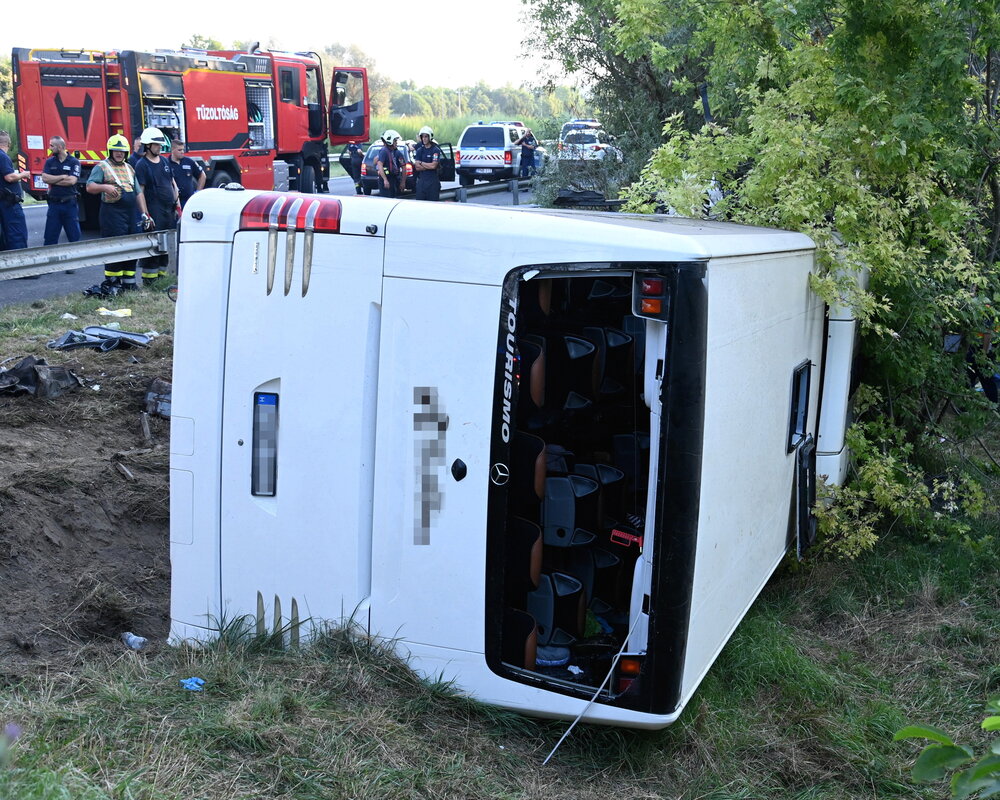 According to the spokesperson of the National Ambulance Service, a bus drove into the ditch on the M7 motorway, causing the death of eight passengers. A further eight people suffered severe injuries, while 40 people are lightly injured.

According to 24.hu, the accident happened on the M7 motorway, near Szabadbattyán, on Sunday at dawn. Pál Győrfi said that 17 ambulance units from Fejér county and the neighbouring counties arrived to help the injured. They transferred them to the hospitals of Siófok, Veszprém, Székesfehérvár, and Budapest for further care. Before, police reported about only two severe and 46 lightly injured passengers, 444.hu writes. 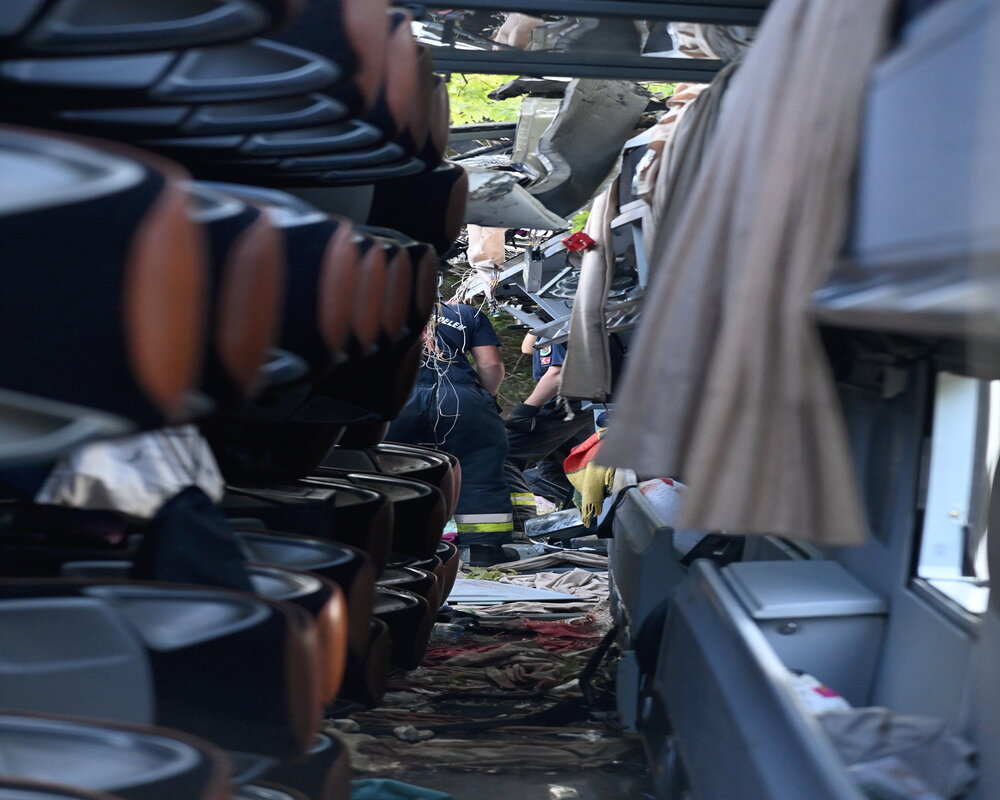 Based on the information of the local police headquarters,

the accident happened at 4.55 am, near Szabadbattyán.

The national disaster management unit shared a video on its Facebook page three hours ago about the rescue operation, which you can watch HERE.

Deadliest railway accidents of the EU occur in Hungary

Regarding the circumstances of the accident, the bus broke through the barrier, hit a pillar on an overpass, and rolled over into a stream, revealed the police, the national ambulance service, and the disaster management unit. The total number of passengers was 56, MTI reports. According to hvg.hu, the bus was

The driver is also among the victims, but nobody knows how the vehicle ended up in the ditch. Authorities do not rule out that the driver might have fallen asleep or became sick. 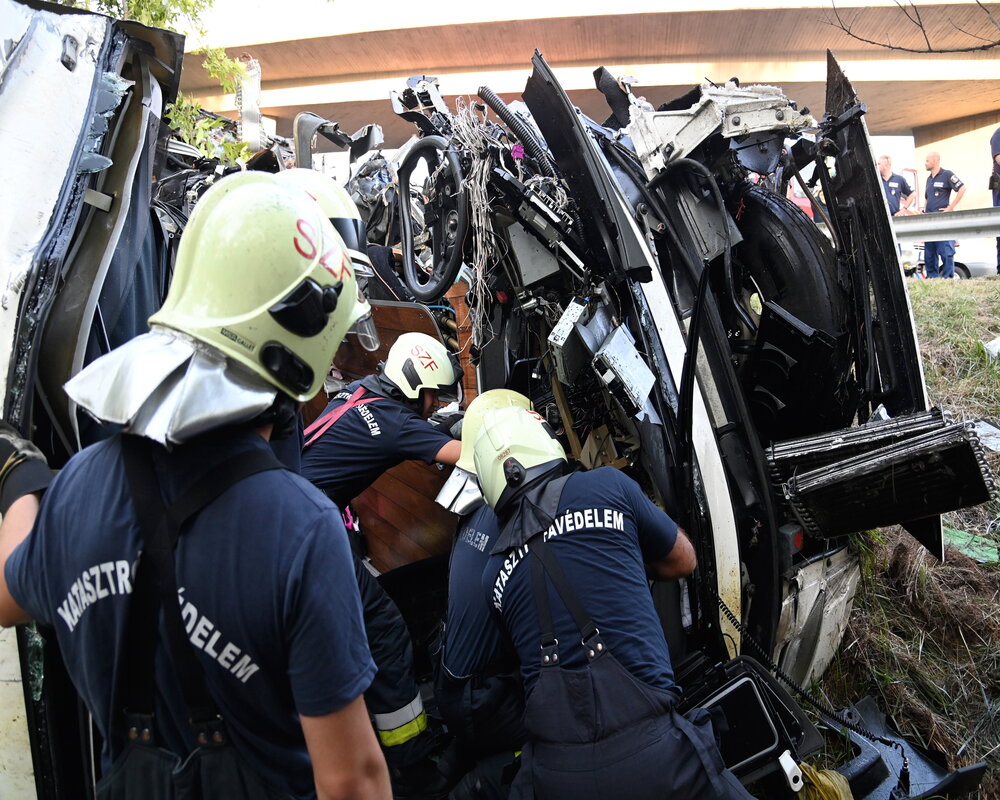 Volmer-Tours Ltd, the company that organised the trip, has not yet reacted, but one of their employees said he

could not find words because of the tragedy.

He said that they leased the bus. 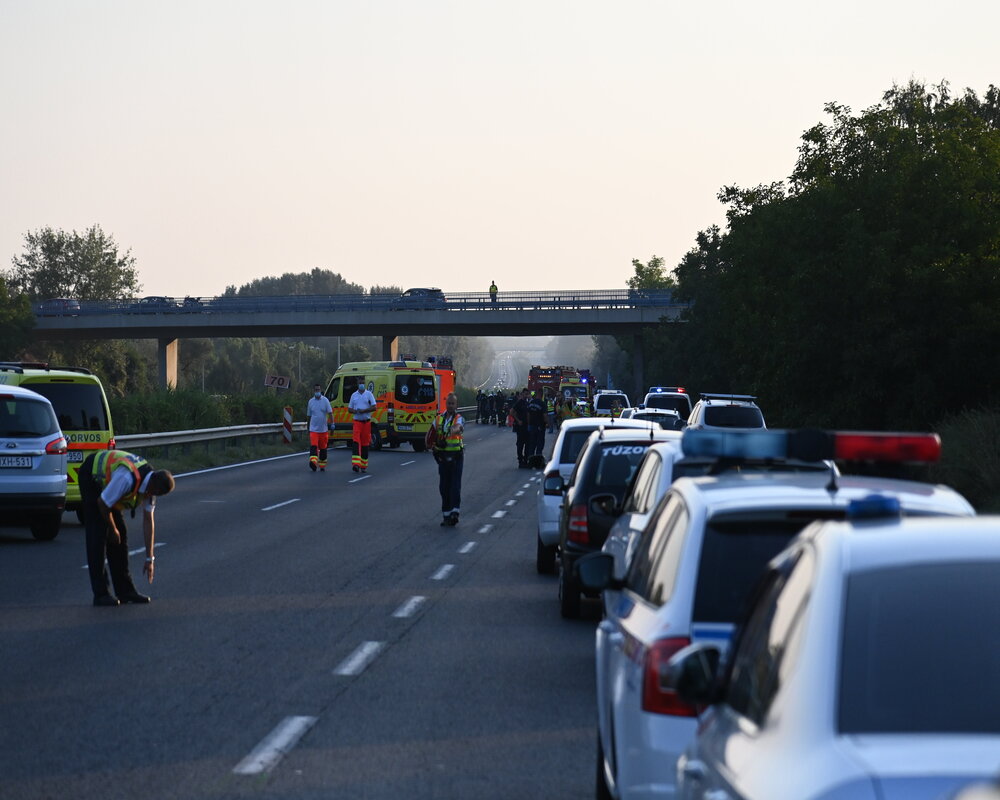 Because of the accident, the M7 motorway connecting Lake Balaton and Budapest has been closed for traffic in the direction of Budapest. Authorities are diverting cars to road nr 7, so everybody should expect a traffic jam on that segment.

András Cser-Palkovics, the mayor of Székesfehérvár, said on his Facebook page that a shocking tragedy happened only kilometres away from the city. He added that the local government offered any help possible for the passengers of the bus. For example, those who do not need hospital care can receive accommodation in the city. He offered his condolences to the families of the passengers who passed away and a speedy recovery for the injured passengers, 24.hu reported.

PM Viktor Orbán also offered his condolences to the families of the victims.