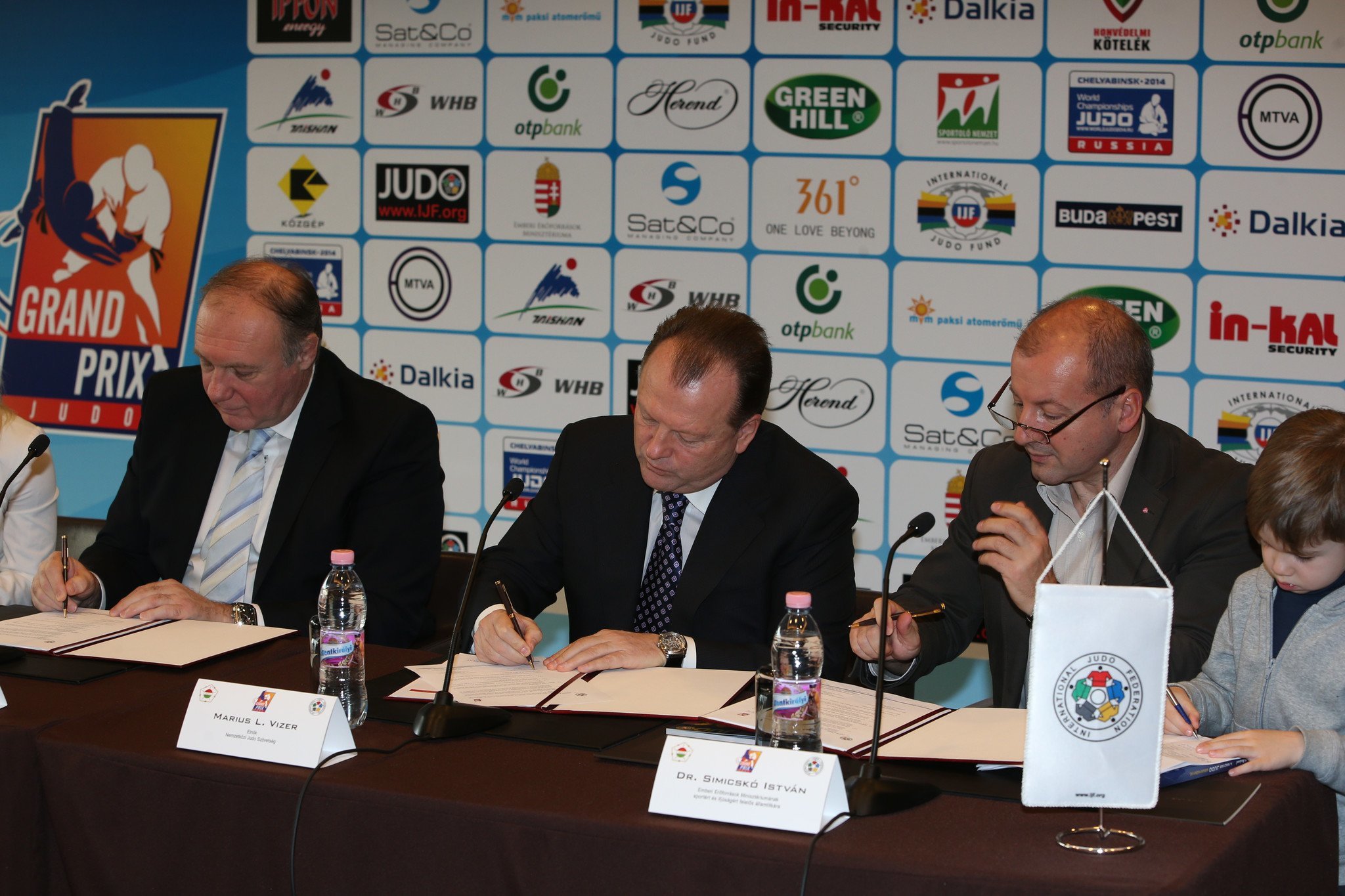 The contracts were signed last Saturday at a press conference in Budapest to announce the latest addition to the flourishing World Judo Tour. The two-day Judo Grand Prix will be held annually during Rio 2016 Olympic cycle from 2014 – 2016 and this year’s event will take place on 21-22 June. 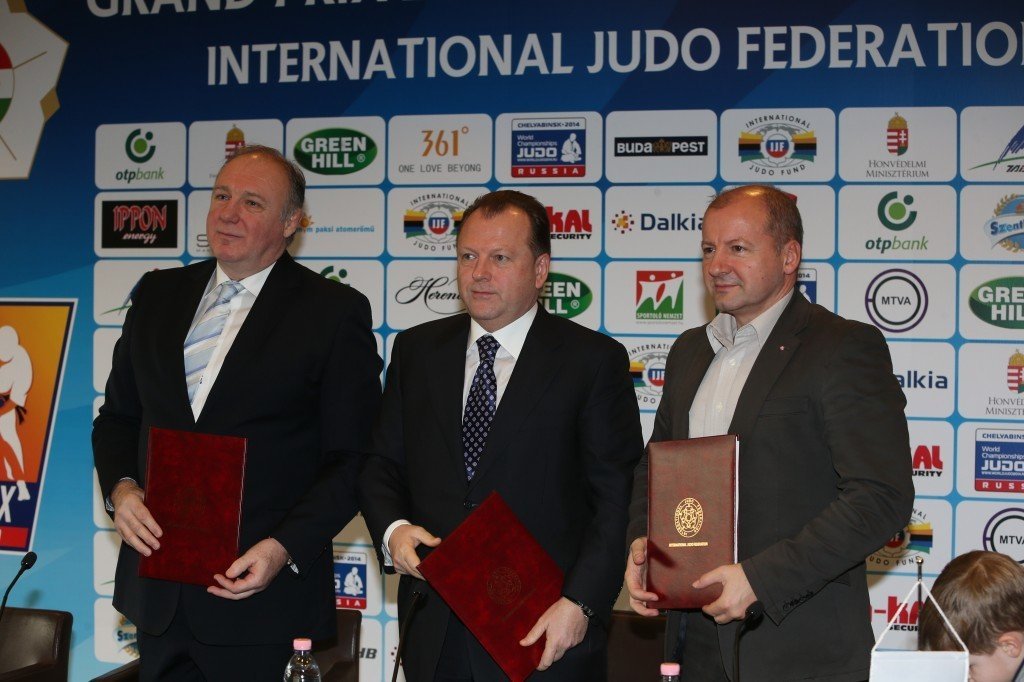 The contract was signed by Mr. Marius Vizer, IJF President, Mr. Laszlo Toth, President of the Hungarian Judo Association and Mr. Istvan Simicsko, Secretary of State for Sports and Youth Matters in the Ministry of Human Resources.