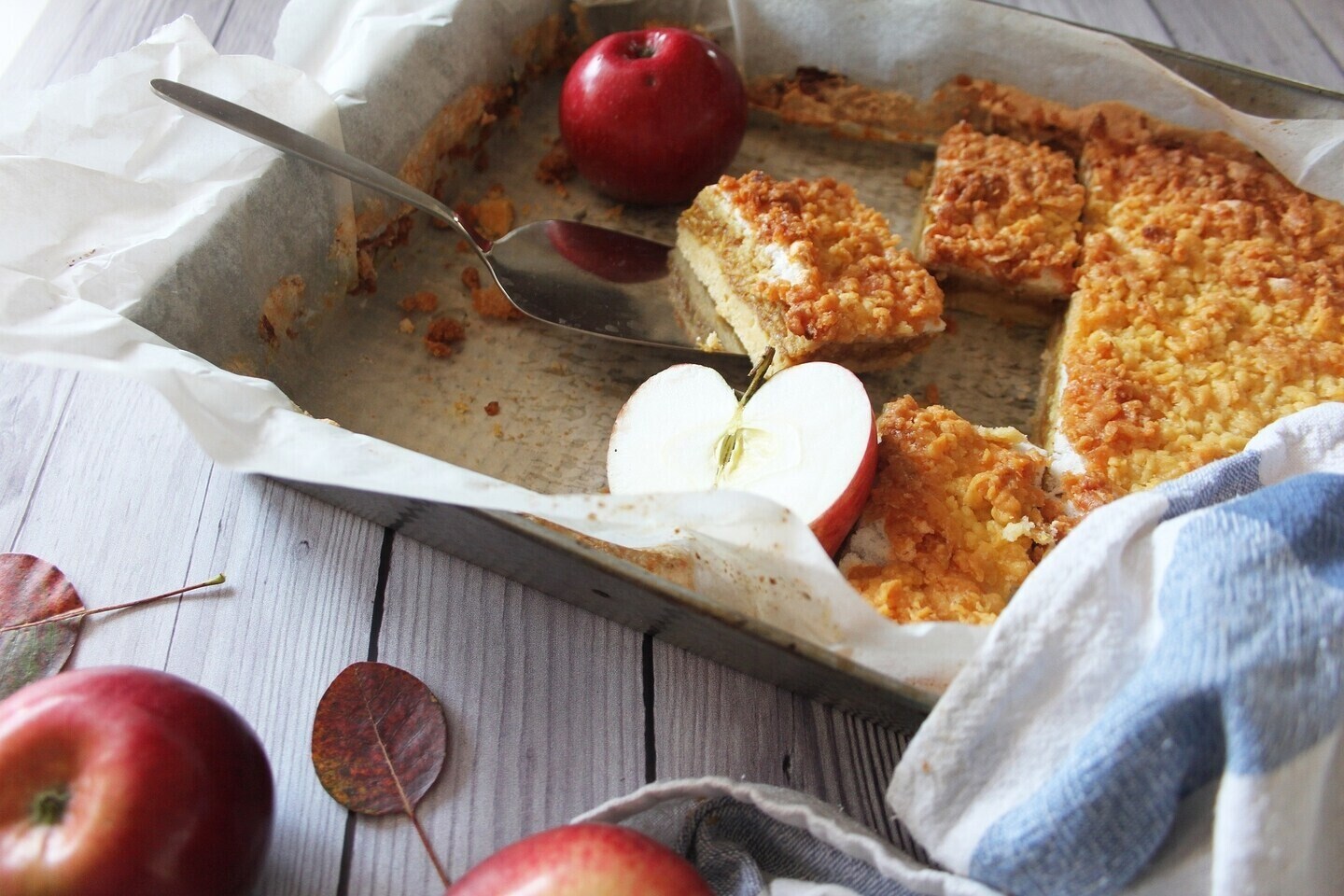 If the weather turns gloomy outside, then one of the best things you could do is to stay indoors and bake some delicious desserts. In this article, we have gathered four desserts for you that use some of the most characteristic ingredients of the Autumn: apples, poppy seed, walnut, pumpkin.

Crumble the yeast into lukewarm milk and add one tablespoon of granulated sugar and let it sit to activate the yeast. While the yeast is sitting, weigh the flour into a large bowl and add the powdered sugar and a little salt to it. Cube the butter and add it to the bowl and knead it until it is crumbly. After this, add two eggs, the sour cream and the activated yeast mixture and knead into a soft dough. Cover it with a kitchen towel and let it sit while preparing the filling.

Peel the apples and grate them into a large bowl. Add the remaining granulated sugar, cinnamon and cloves to the grated apples. Grate the peel of half a lemon and squeeze it into the bowl and mix it.

Sprinkle some flour to your work area and put the dough on it. Cut it into two parts and roll them out separately. Butter a large heat resistant bowl and lay one of the rolled-out dough in it. Pierce it with a fork in a few places and sprinkle the semolina on it. Squeeze a bit of the moisture out of the apple filling and put it on the dough. Sprinkle it with brown sugar and cover it with the other rolled-out dough. Also, pierce the top layer in a few places and then glaze it with a beaten egg. Put it in a pre-heated oven at 180 °C and bake it for about 45-50 minutes. When serving, sprinkle some powdered sugar on top.

For glazing and sprinkling:

First, prepare the filling. Boil the milk with the sugar and add the ground poppy seed and the semolina. Mix it well, turn off the heat and let it cool down. Mix the flour with the salt and baking powder. Add the butter and crumble it, then add the sour cream and knead the mixture into a malleable soft dough. Separate the dough into two parts (about 400g each).

Pre-heat the oven and put parchment paper in a pan. Flour your work surface and roll out both pieces of the dough and lay one into the prepared pan.

Mix the pitted and drained cherries into the cooled poppy seed filling and add some grated lemon peel and cinnamon into it. Spread 5 tbsp apricot jam on the dough and put the poppy seed filling on it evenly. Cover it with the second layer of dough.

Mix the egg yolk with the milk and glaze the top of the dough with it. Pierce the dough with a fork in a few places. Bake it in a pre-heated oven until it is golden brown. Let it cool down and it is ready to be served with a sprinkle of vanilla sugar on top.

For the chocolate cream:

Mix the margarine with the powdered sugar and the yolk of the eggs. Mix the baking powder into the flour and add them to the margarine. Dice the walnuts into tiny pieces and whip the egg whites into a foam, then add these to the mixture as well. Pour the mixture into a buttered and floured pan and bake it in a pre-heated oven at 200 °C. If it cooled down, spread the apricot jam on it evenly.

Mix the ground walnuts with the powdered sugar, the vanilla sugar, the milk and the rum until it becomes homogenous. Spread this cream on top of the dough over the apricot jam.

Mix the margarine with the powdered sugar. Prepare the pudding powder and then mix the two. Spread this cream on top of the previous layers. Melt the chocolate glaze and spread it over the dessert. Let it cool and harden in the fridge.

Prepare the pumpkin and grate it. Combine the dry and wet ingredients in separate bowls, then mix them and add the grated pumpkin while mixing. Pour the dough into a baking mould and bake them in the oven for about 20 minutes on 200 °C.

While the dough is in the oven, prepare the sauce. Grate the peel of half a lemon and juice it, then add the sugar, sour cream and vanilla. Mix it until it is homogenous. When serving, drizzle some of the sauce on top of the muffins.

The recipes are courtesy of Nosalty. 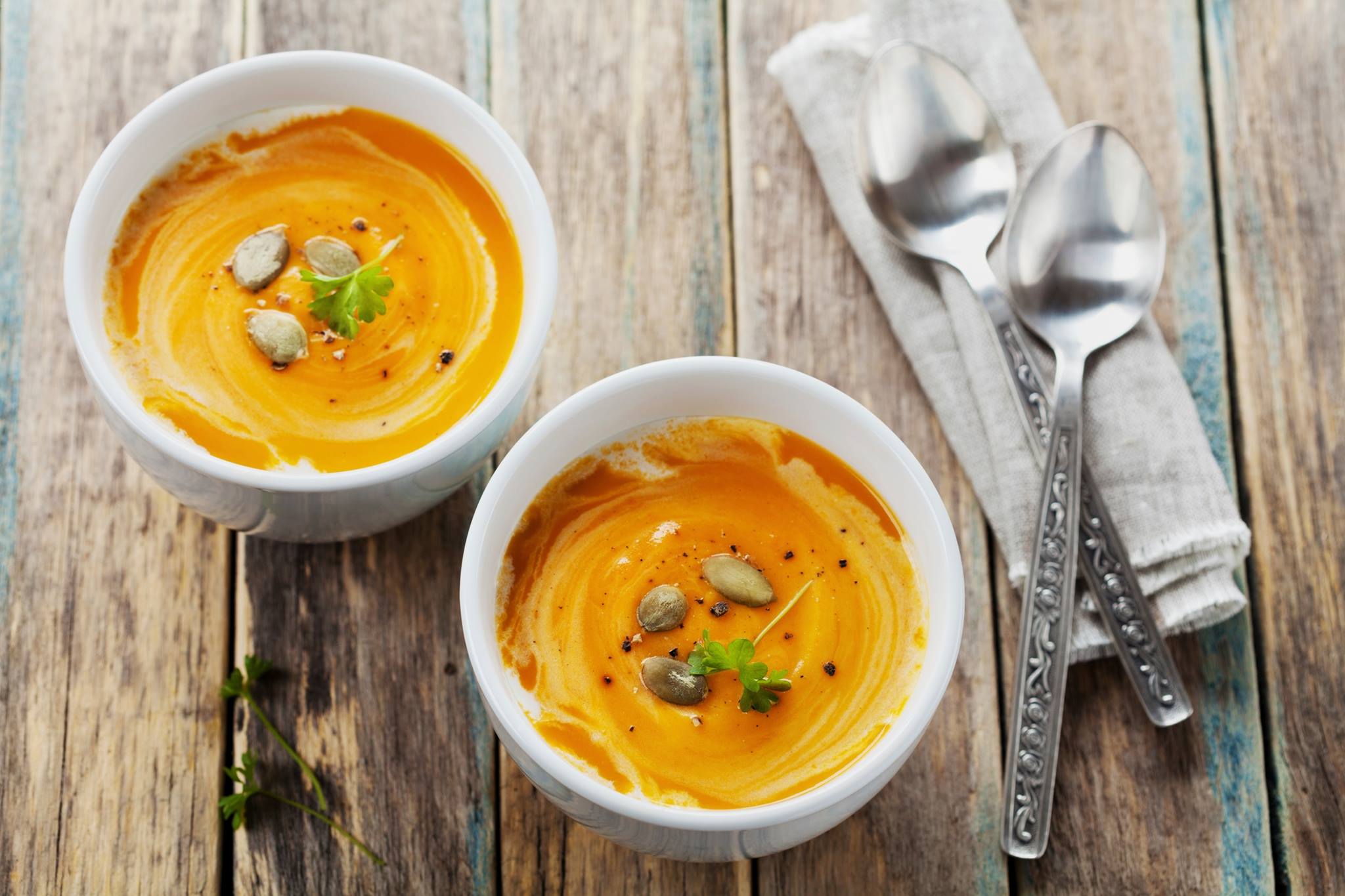 Read alsoHow and what did the ancestors of Hungarians eat?