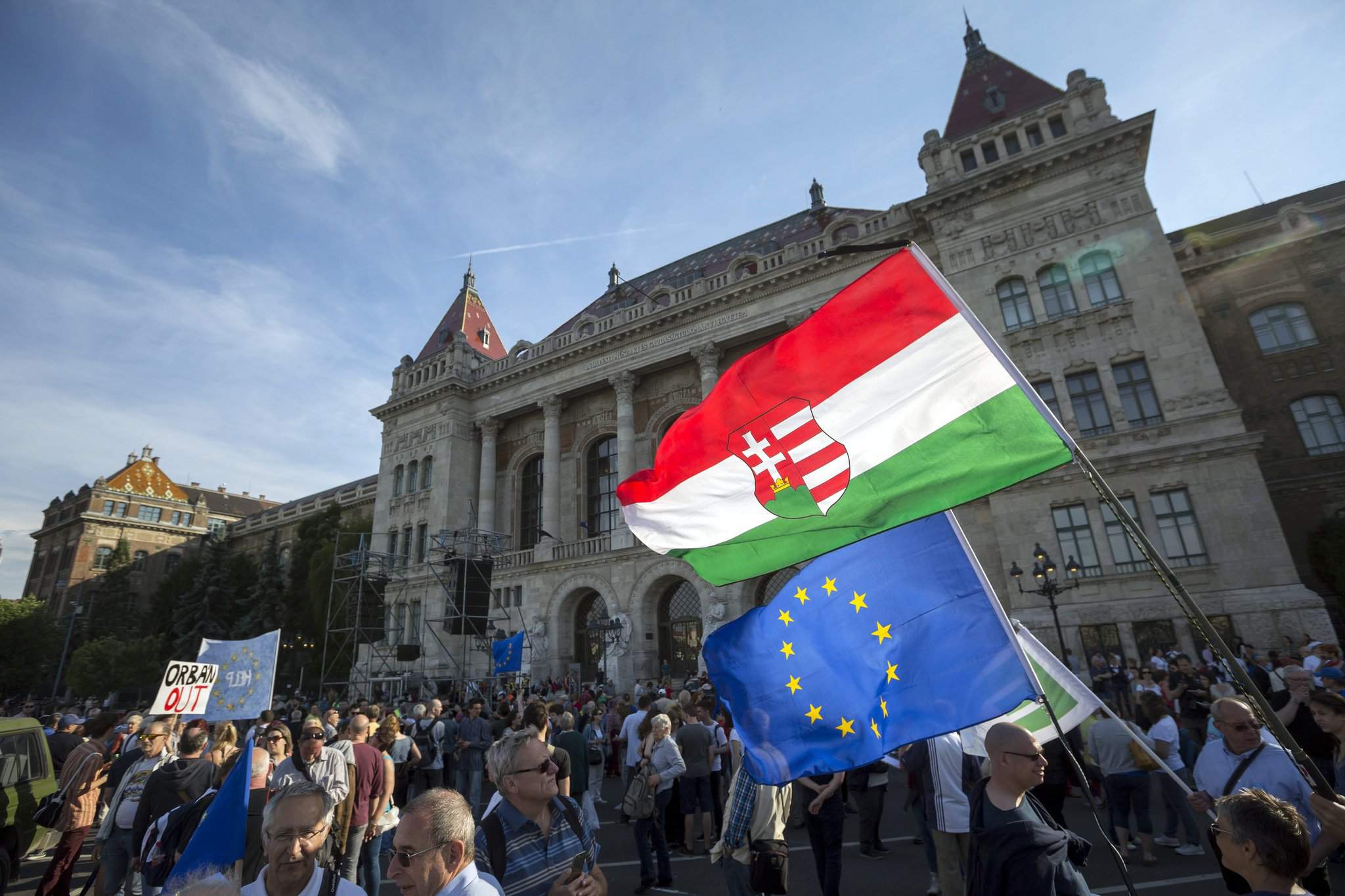 Budapest, May 21 (MTI) – Anti-government civil groups held a protest under the motto “We won’t let go of our future; we’re here to stay!” in central Budapest on Sunday afternoon.

Protesters organised by the Nem maradunk csendben (We won’t keep silent) and the Oktatasi Szabadsagot (Free education) Facebook groups gathered in front of the Technical University on the Buda side of the city and walked across to the Pest side, marching on to the square in front of Parliament.

Henriett Dinok, head of the Romaversitas Foundation, told participants at the university that “it is not Brussels that should be stopped but our parasitic oligarchs”.

Katalin Lukácsi, a former MP of the co-ruling Christian Democrats, noted she had recently quit parliament citing the way in which the government handled refugees, and in protest against the “extermination” of leftist-leaning daily Népszabadság, as well as Hungary’s recent law “aimed against” the Central European University in Budapest. 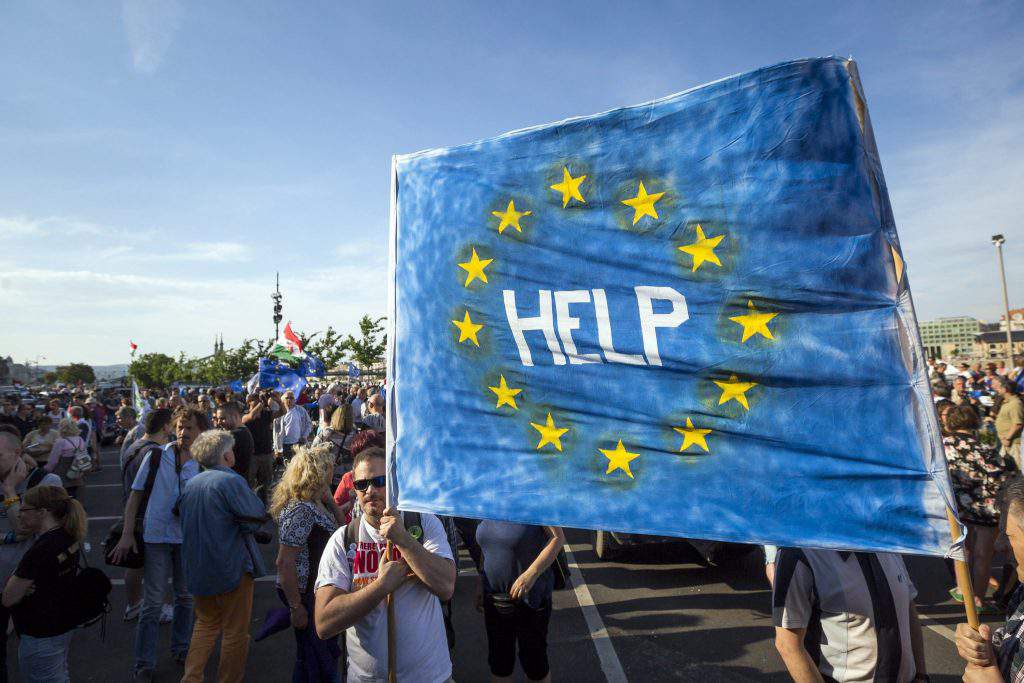 In reaction to the protest, ruling Fidesz said in a statement that “the network of [US billionaire George] Soros is using all available means to put Hungary’s immigration policy under pressure”. The statement said that recent protests in Hungary had been staged by “organisations financed by Soros”.

“It is obvious that pressure on Hungary is mounting, but the ruling party and the government will not change its immigration policy,” Fidesz said in its statement. 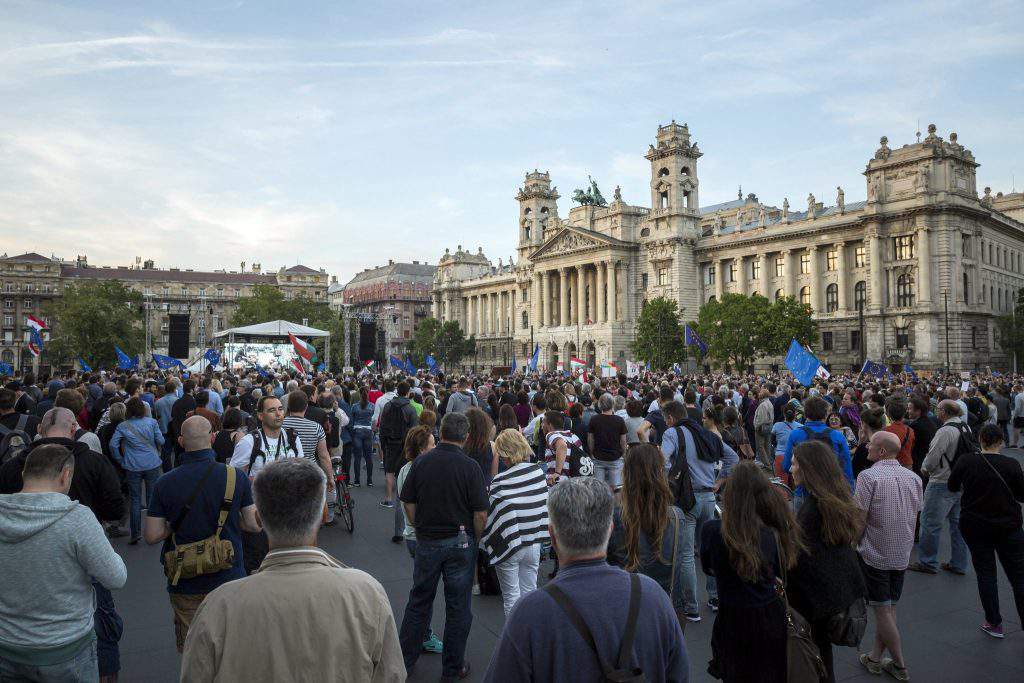 Recent demonstrations in Hungary have been organised by “agents” of US billionaire George Soros, the group leader of ruling Fidesz told public news television M1 on Monday morning.

“Soros has long maintained that Europe should receive several million migrants each year and should take out loans amounting to 100 billion euros; from him, naturally, because that is good business,” Kósa argued. Soros is against all governments working to stop migration, he said, and suggested it was why he keeps “attacking” the Hungarian government.

Kósa also insisted that “Hungary is a democratic country with a freedom of speech and assembly, and anyone can stage a demonstration… even if they do so for an unreasonable cause”.