Breaking – a barge bumped into Rákóczi Bridge in Budapest – VIDEO 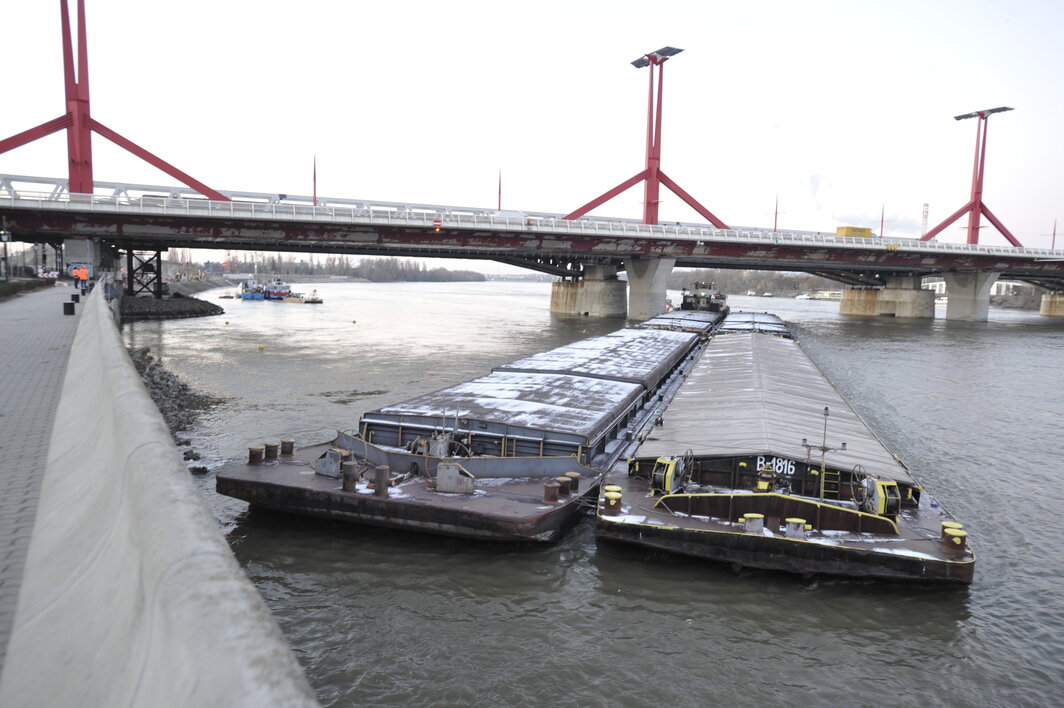 The barge crashed into one of the pillars of Rákóczi Bridge in Budapest early Friday. The ship carried goods, and authorities immediately started to help continue its journey. Ripost made a video about the events, which you can watch below.

According to metropol.hu, a spokesperson of the Budapest Directorate for Disaster Management said that the barge did not suffer serious injuries, and it did not cause significant damage to the pillar either.

They added that there is no hazardous material among the goods the barge carries. The ship is currently still under the bridge, and

authorities are still working on helping it to continue its journey towards Vác.

According to Máté Kisdi, thankfully, nobody was hurt in the accident. Ripost, a Hungarian tabloid, made a short video about what is currently going on near Rákóczi Bridge which you can watch below:

In this case, nobody was injured, but we collected HERE the biggest catastrophes in Hungary. The biggest Hungarian boat crash happened on 30 May 1954.

when a steam-powered passenger ship, Pajtás, capsized on Lake Balaton.

Since it was Children’s Day, many passengers on board were children. According to recollections, the problems started when everybody wanted to see the sailing competition starting in Tihany, so too many people huddled together on one side of the ship. As a result, the ship began to tilt, which caused panic among the passengers who rushed immediately to the other side, causing an even bigger lurch, and in the end, the ship turned upside down.

Fortunately, the steam was emergency released by the boiler room operator, Gyula Vámosi, which cost him his life but prevented many casualties by the explosion of the boiler.

The press was not allowed to report the exact number of the dead and injured while eye-witnesses were forbidden to say anything about what happened. Today, we already know that 23 people died in the accident, including a 7-year-old child, while the number of injured reached 56. Today, it is still not known what exactly caused the accident, but experts agree that when the ship’s capacity was expanded from 150 to 200, nobody paid attention to its stability.

In 2019, the small Hableány (Mermaid) tour boat collided with the Viking Sigyn river cruise ship on May 29 near the Hungarian Parliament in Budapest. All of them, except the crew members, were South Korean tourists. The Mermaid was raised out of the Danube by a huge floating crane on June 11. Some of the victims’ bodies were recovered only weeks after the crash more than 62 miles downstream. The victims were honoured with a traditional Korean memorial service.