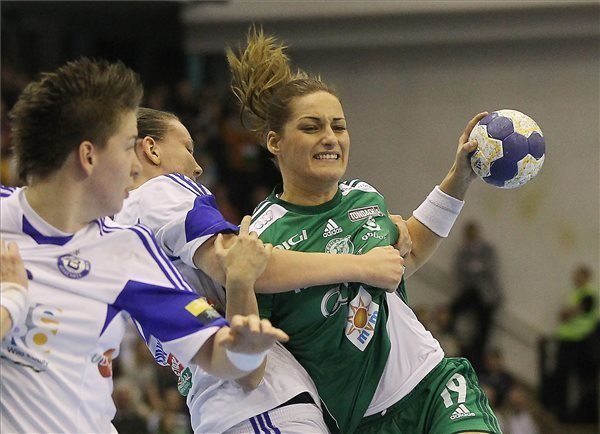 After not having lost a single point in the group phase, Györi AUD ETO lost their first point in their current Champions League campaign, as the reigning champions started the main round by drawing 23:23 at home against 2012 champions Buducnost, EHF reports.

Györ were the only team who did not lose a single point in the group phase back in the autumn.

When Group 2 of the main round started, though, the reigning Champions League winners lost their first point of the season through the 23:23 draw at home against Buducnost.

The Buducnost players celebrated the draw like a win after the final whistle, but actually the Montenegrins were closer to the win during most of the game than the Hungarian favourites.

After Györ had been up by two goals early the match, Buducnost took over the initiative, partly due to tactical cleverness and fighting spirit, but also because of Clara Woltering.

The German international in the Buducnost goal definitely had the upper hand compared to her colleague Katrine Lunde Haraldsen in the other goal circle.
Haraldsen did not have a bad day, but Woltering simply got the better of the Norwegian international and her teammates.

Those were the reasons why Buducnot did not only manage to catch up with the hosts´ early two goal lead, but also to take the lead themselves and increase it to no less than four goals at half time.

As the second half progressed, the mood improved among the 3000 spectators, as Györ seemed to be turning the tables.

They managed to catch up with the four goal deficit and also to take their first lead for more than half an hour at 19:18, but once again Woltering and Buducnost came back and got up by two at 22:20 and by one at 23:22 with one minute to go.

In the last seconds, though, the home team managed to secure a point which will probably not be satisfactory to their ambitions in the tournament, though.