Budapest (MTI) – At the end of his official visit to Japan on Monday, Speaker of Parliament László Kövér paid a visit to the Hiroshima Peace Memorial Park. 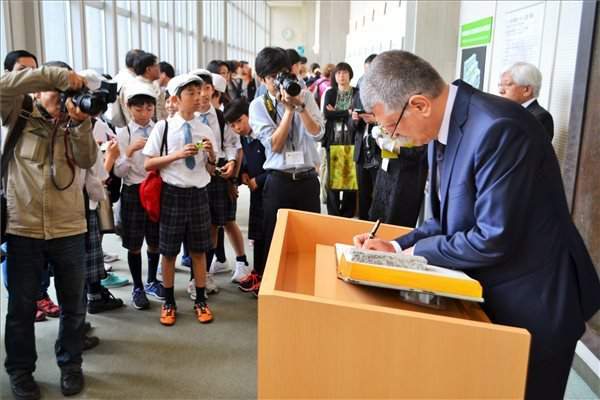 Kövér, heading a parliamentary delegation, laid a wreath at the memorial to the victims of the atomic bomb and noted in the book of commemoration: “Hiroshima will remain a symbol of eternal duality of the human soul. It is a symbol of the instinct to murder but also a symbol of the will to live and the strength to begin again. In the name of the Hungarian Parliament, we bow our heads in memory of the victims and express our commitment to creating, in our every endeavour, a peaceful world in reality.” 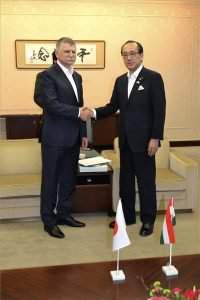 The speaker had talks with Hiroshima’s mayor, Matsui Kazumi, and he expressed recognition of everything done by the city’s leadership, citizens and the whole of Japan to build Hiroshima up.

Prime Minister Viktor Orbán has called George Soros "the world's number-one…
Arena Mall Budapest could expand from its 42,000 square metres to 60,000 as the…
China Eastern Airlines announced here at a press conference on Thursday it had opened…
We and our partners use technologies, such as cookies, and collect browsing data to give you the best online experience and to personalise the content and advertising shown to you. I accept
Privacy & Cookies Policy