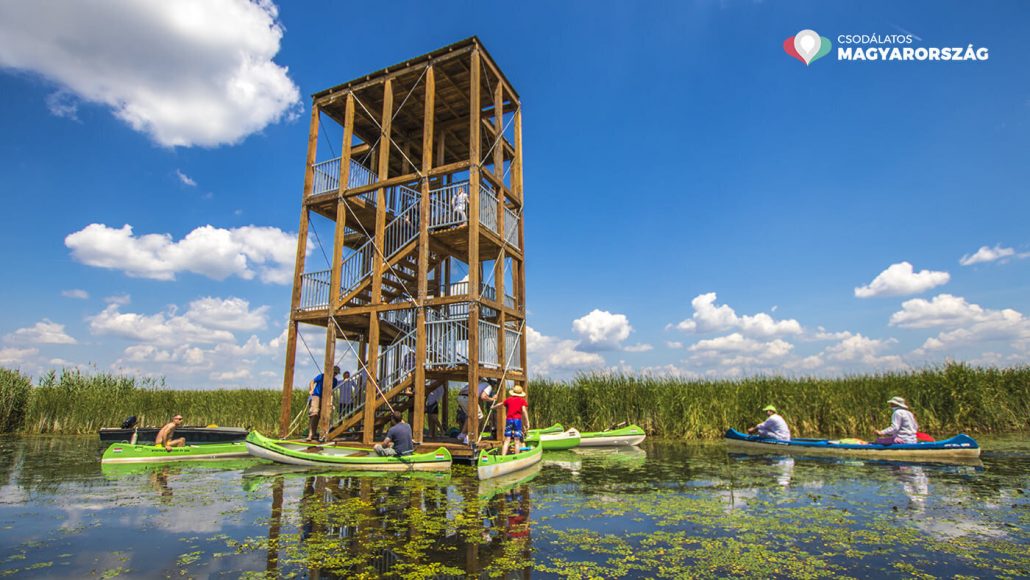 The special feature of the building is that it can only be approached on water. So, jump on a boat, kayak, canoe or SUP and visit Lake Tisza and Hungary’s Lookout Tower of the Year.

This year, Aktív Magyarország once again announced the “Lookout of the Year” and “Tourist House of the Year” contests, to which the general public could submit their favourite candidates. Out of the dozens of lookouts and accommodations, a professional jury selected 10−10 contestants which are located along exciting hiking trails or water routes and represent the most outstanding value in terms of tourism. The aim of the competition was to encourage people to spend more time in nature and explore the beauties of Hungary.

Lookout Tower of the Year

announced Sokszínű Vidék. The nine-metre-high Bölömbika Lookout Tower was handed over this summer in the Poroszló basin of Lake Tisza, and it offers a view to the less busy but all the more exciting panorama of Kis-Tisza and the Poroszló and Sarudi basins. It was designed by architect Tas Komáromi and is

characterised by a light, transparent structure and modern style that fits perfectly into the landscape,

writes Aktív Magyarország. Durability was also a crucial factor during the design and construction, so the lookout has a galvanised steel base and larch superstructure. The special feature of the building is that it can only be approached on water, for example, by boat, kayak, canoe or SUP.

The lookout tower was originally named Ravasz-háti Lookout Tower, but it got its final name after a characteristic bird species that can often be seen and heard in the immediate vicinity of the building: the Eurasian bittern. 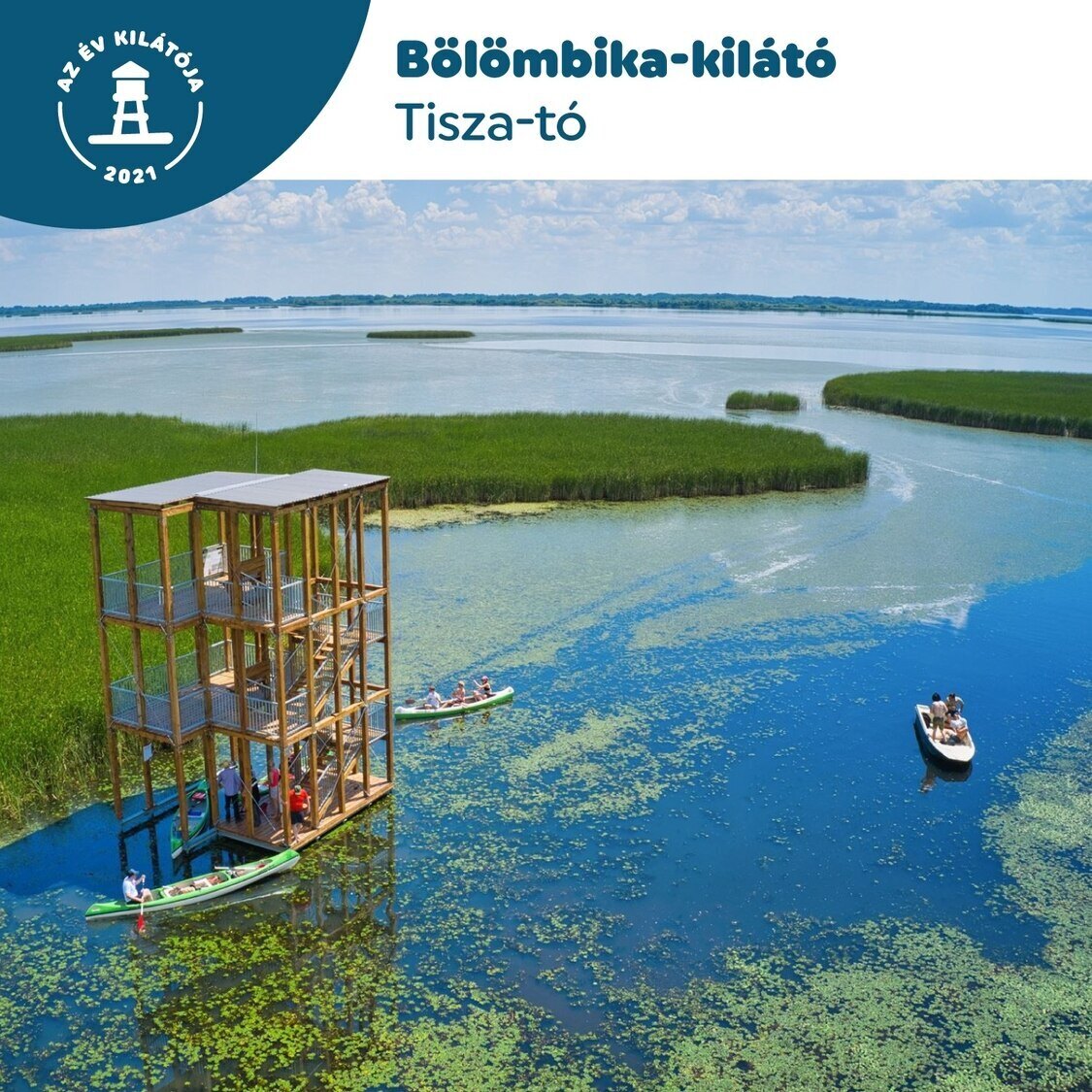 Here is the list of the top 10 lookout towers in Hungary:

Read alsoFive places in Hungary with the most breathtaking views